The borough of Muncy is mourning a native son. A state police sergeant stationed at a barracks in Cameron County and was on his way home Monday when authorities... 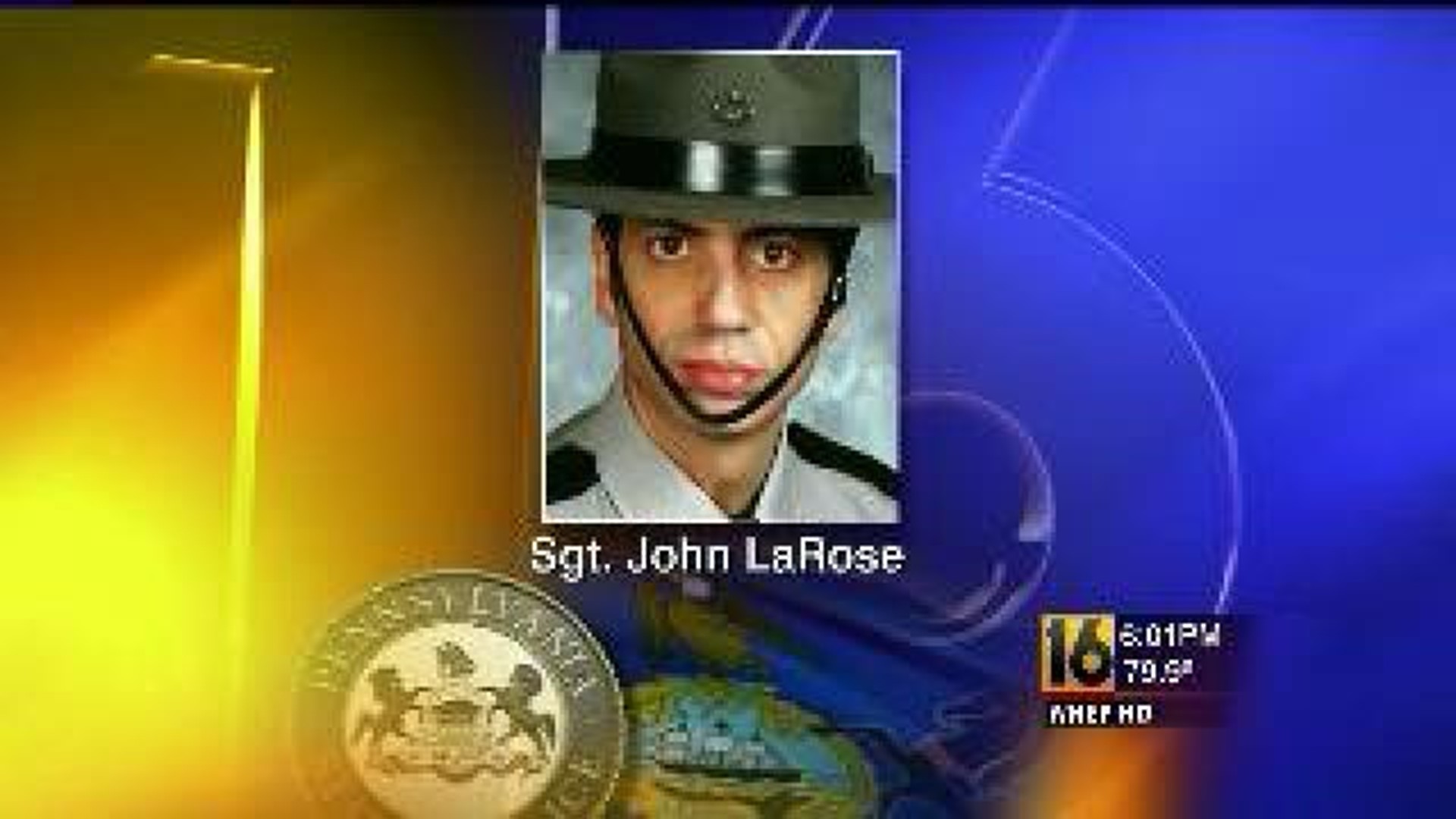 The borough of Muncy is mourning a native son.

A state police sergeant stationed at a barracks in Cameron County and was on his way home Monday when authorities said he lost control of his car and crashed into a SUV.

There are heavy hearts in Montoursville and beyond following the death of State Police Sergeant John LaRose Monday afternoon.

The station commander was on his way home from the state police barracks in Cameron County, when troopers said the state car LaRose was driving slid on a wet Route 120 near Emporium and hit an oncoming SUV..

LaRose was a 22 year veteran of the state police and served with troopers at the Montoursville barracks, some who said the sergeant was "one of the finest people" they have ever known.

Before his death, folks at the Williamsport Regional Airport said that Larose was teaching his teenaged son how to fly. After all, Sergeant LaRose had flown a plane for the Pennsylvania State Police for more than a decade, before the aviation unit in Montoursville was closed last year.

"[It] would have forced John to drive back and forth to work or move, which he didn't want to do. He built a house in Muncy, he elected to go back to the field," said former state police helicopter pilot Dave Frey.

Frey remembers LaRose landing a state police plane years ago after the aircraft lost its engine.

"The only place he really had to land available to him was a farmer's field that was crowned and on a hillside. People looked at it, how'd he do it? But he landed the aircraft without damage."

LaRose was so much more than a state police trooper. According to people who knew him, he was as an engineer before joining law enforcement in 1991 and was a skilled woodworker.

He leaves behind a wife and four children.