BLOOMING GROVE TOWNSHIP — State police announced arrest warrants for a suspect in the fatal shooting of a trooper over the weekend. Investigators said Eri... 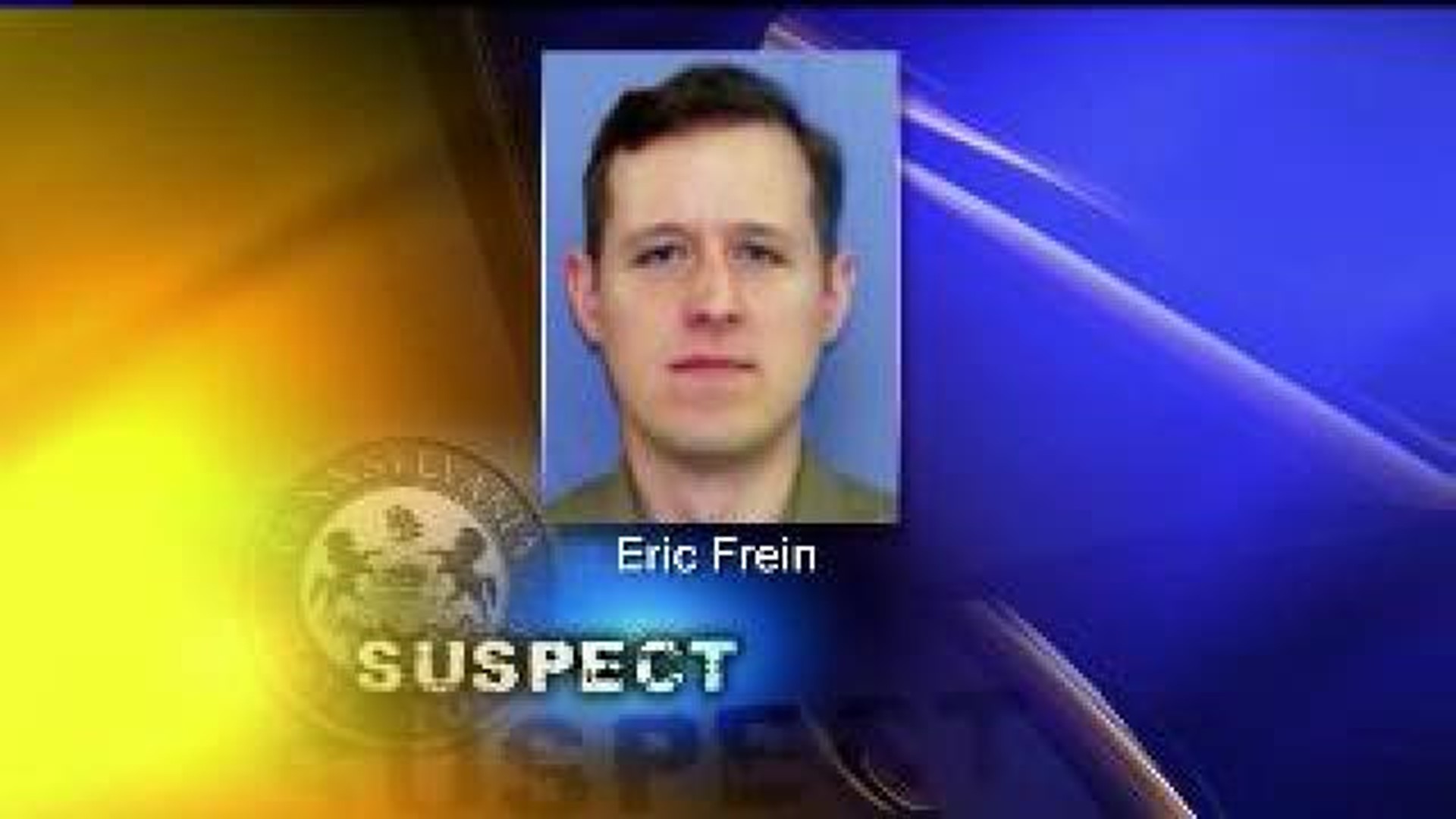 Investigators said Eric Matthew Frein, 31, of Canadensis is a suspect in the killing of Corporal Bryon Dickson and the wounding of Trooper Alex Douglass Friday night outside the Blooming Grove state police barracks.

Troopers said Frein is not in custody and is considered armed and very dangerous.

"This fellow is extremely dangerous. We have no idea where he is in the community. He has been described as a survivalist. He has a lot of training in that particular area. He has made statements about wanting to kill law enforcement officers and also to commit mass acts of murder," said Pennsylvania State Police Commissioner Frank Noonan.

The warrants are for long list of charges including first degree murder.

The break in the case came when a man who lives in Blue Heron Estates was out walking his dog and stumbled upon a Jeep submerged in a retention pond about two miles from the barracks.

"The canopy is very dense, difficult to see down through with an aircraft, and it really takes someone on foot walking through that area," said Lt. Colonel George Bivens, Deputy Commissioner of Operations, Pennsylvania State Police.

State police found that Jeep, which was registered to Frein's parents, and searched it late Monday night, shutting down parts of Route 6 and 402.

Inside, the say they found shell casings that matched the .308 caliber rifle used to gun down the troopers, Frein's driver's license, camouflage face paint, and a black hoodie.

Frein is still believed to be armed with a .308 caliber rifle and very dangerous.

"There's a threat everywhere. This is a very dangerous individual and I wouldn't want to minimize the threat to anybody. We're all on high alert and we're certainly looking for him and we intend to keep him on the run until we catch him," Commissioner Noonan added. 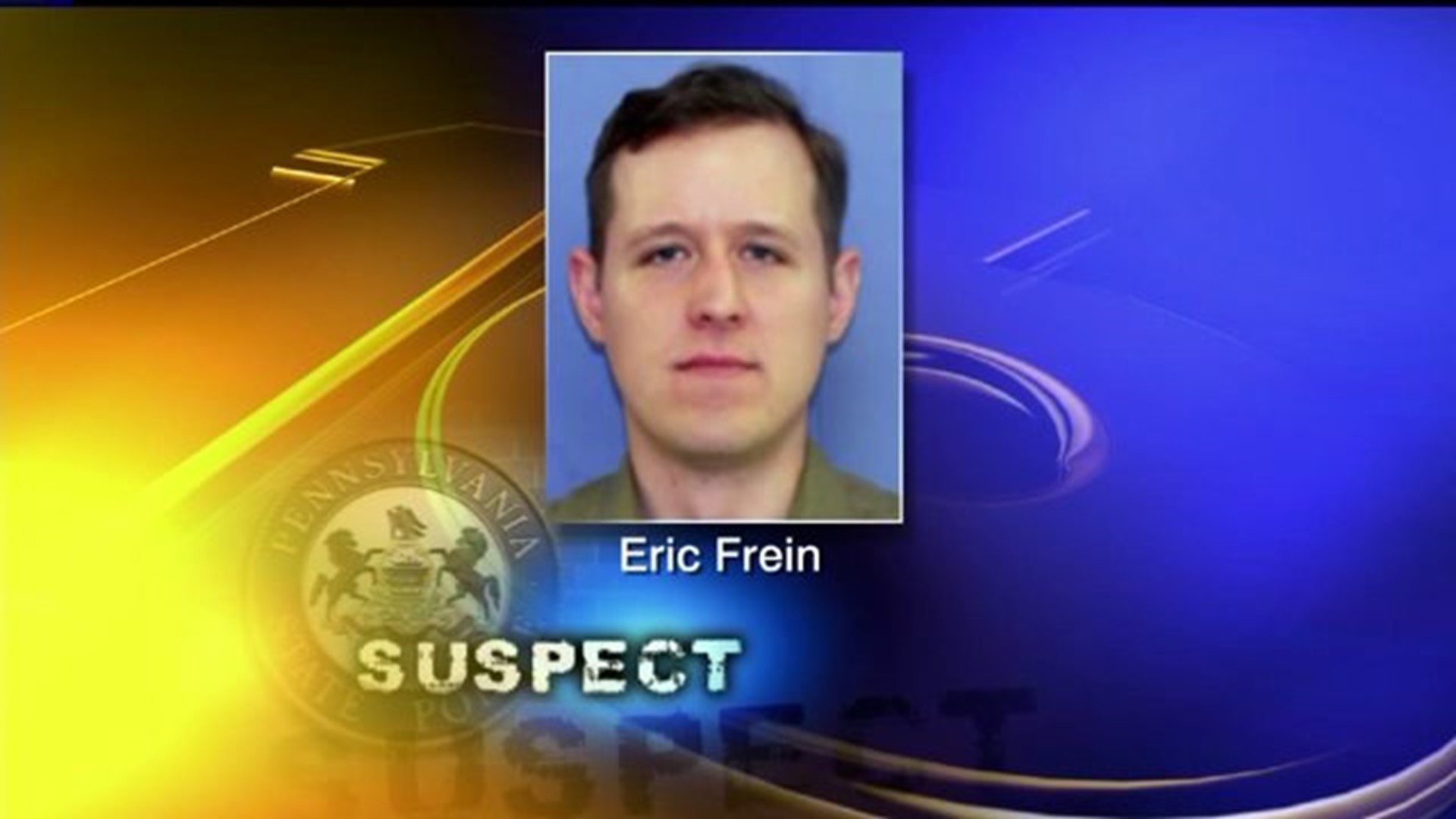