WILKES-BARRE, Pa.– There were plenty of stars, stripes, and, of course, sneakers for the 36th annual Bernie’s Memorial Race and walk in downtown Wil... 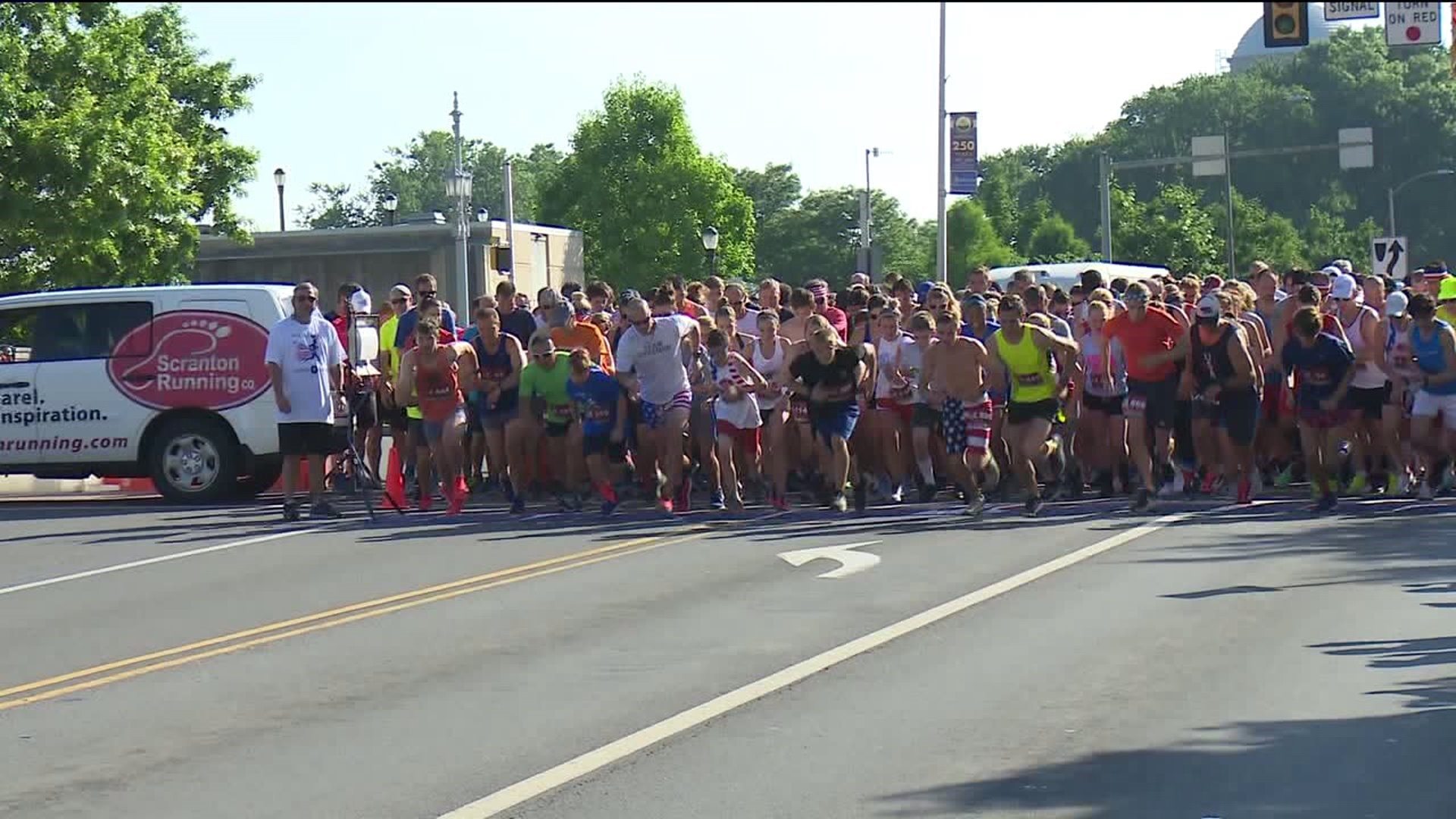 WILKES-BARRE, Pa.-- There were plenty of stars, stripes, and, of course, sneakers for the 36th annual Bernie's Memorial Race and walk in downtown Wilkes-Barre. The event drew more than 700 people.

"You get to dress up and you go out, meet all your running friends and have a good time!" said Paul Shaffer of West Pittston.

"It's just a great course and it's for a great cause. My kids all went through the YMCA, so, yeah, good cause," said Bill Poray of Plains Township.

Money from the holiday race goes toward five YMCAs: the Greater Carbondale, Pittston, and Scranton locations, plus the Wayne County and Wilkes-Barre YMCA locations.

It was started and named for former YMCA Director Bernie Hargadon who died from a heart condition.

"Bernie Hargadon had this idea, this 3-mile race downtown, wanted to connect it to a holiday. We connected it to the Fourth of July and it's just been a huge success ever since," said Wilkes-Barre YMCA Executive Director Jim Thomas.

"It's become a tradition for so many families, even within our own family, our children, his grandchildren have grown up knowing this race and they come from New Jersey, Philadelphia, California, each year for this. It's truly a dream come true," said Hargadon's daughter Sara Michaels.

Runners tell us the 3-mile patriotic push through downtown was just how they wanted to kick off their Fourth of July.

"I'm proud to be an American, I love our country, I love running, I love racing, I love all my running friends," said Sarah Donahue of Pittston.