WILKES-BARRE TOWNSHIP, Pa. — A stand-alone Chick-fil-A will be coming to Wilkes-Barre Township. The township’s zoning officer confirms a Chick-fil-A... 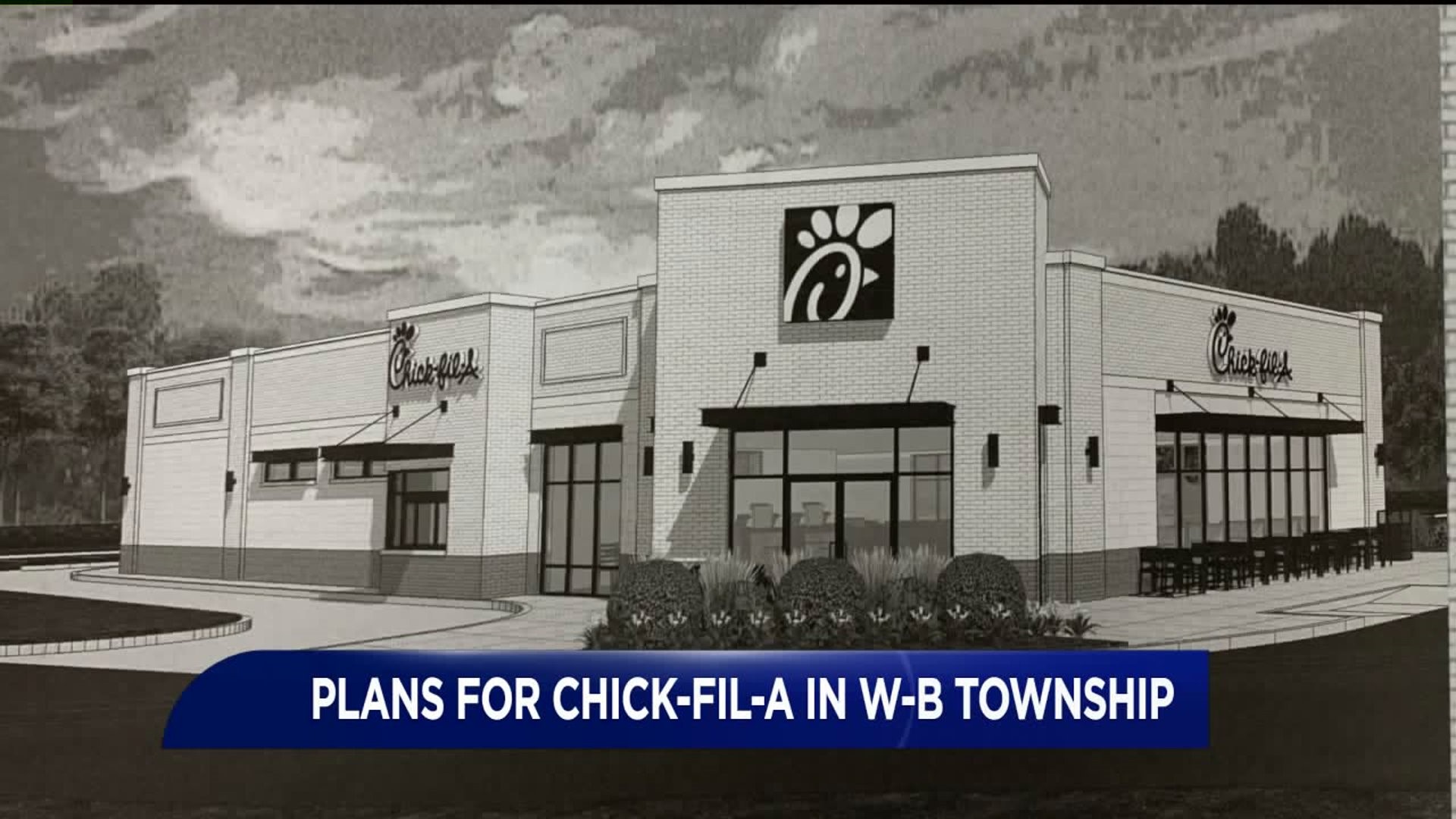 WILKES-BARRE TOWNSHIP, Pa. -- A stand-alone Chick-fil-A will be coming to Wilkes-Barre Township.

The township's zoning officer confirms a Chick-fil-A will be taking over Lucky's Sporthouse. Lucky's, which has been open for a decade, plans to close after the Super Bowl on Sunday.

"I think it's one of the better fast food restaurants around here," Dylan Reynolds of Dupont said.

Wilkes-Barre Township's zoning officer said the plan is to renovate the Lucky's Sporthouse. The new location will be the only stand-alone Chick-fil-A in Luzerne County.

"I think it would get a lot of business," King's student Caitlin Redden said. "It's a really popular fast food joint. I know, in my hometown, we have one and everyone goes there all the time, so definitely like the Wilkes students and Misericordia students will be able to go there, too, which is nice."

Newswatch 16 interviewed people outside of the Chick-fil-A on Public Square in downtown Wilkes-Barre. This location does not serve the full Chick-fil-A menu.

"I mean, everything that I get, they have here, but a stand-alone one would be much nicer to sit down and eat," Reynolds said.

People we spoke with, including Kyle Early of Nanticoke said they go out of their way to get to the Chick-fil-A on Public Square just for the food. Early said he is looking forward to another one being built.

"It's Chick-fil-A," Early said. "We only have this one and then we have Bloom and Dallas at Misericordia and those are too far."

Lucky's Sporthouse will close on Sunday after the Super Bowl. There is no set date for when work will begin on the Chick-fil-A.