SCRANTON — The jury has reached a verdict at the sex abuse trial of Old Forge Police Chief Larry Semenza. He was found guilty on two of the six counts aga... 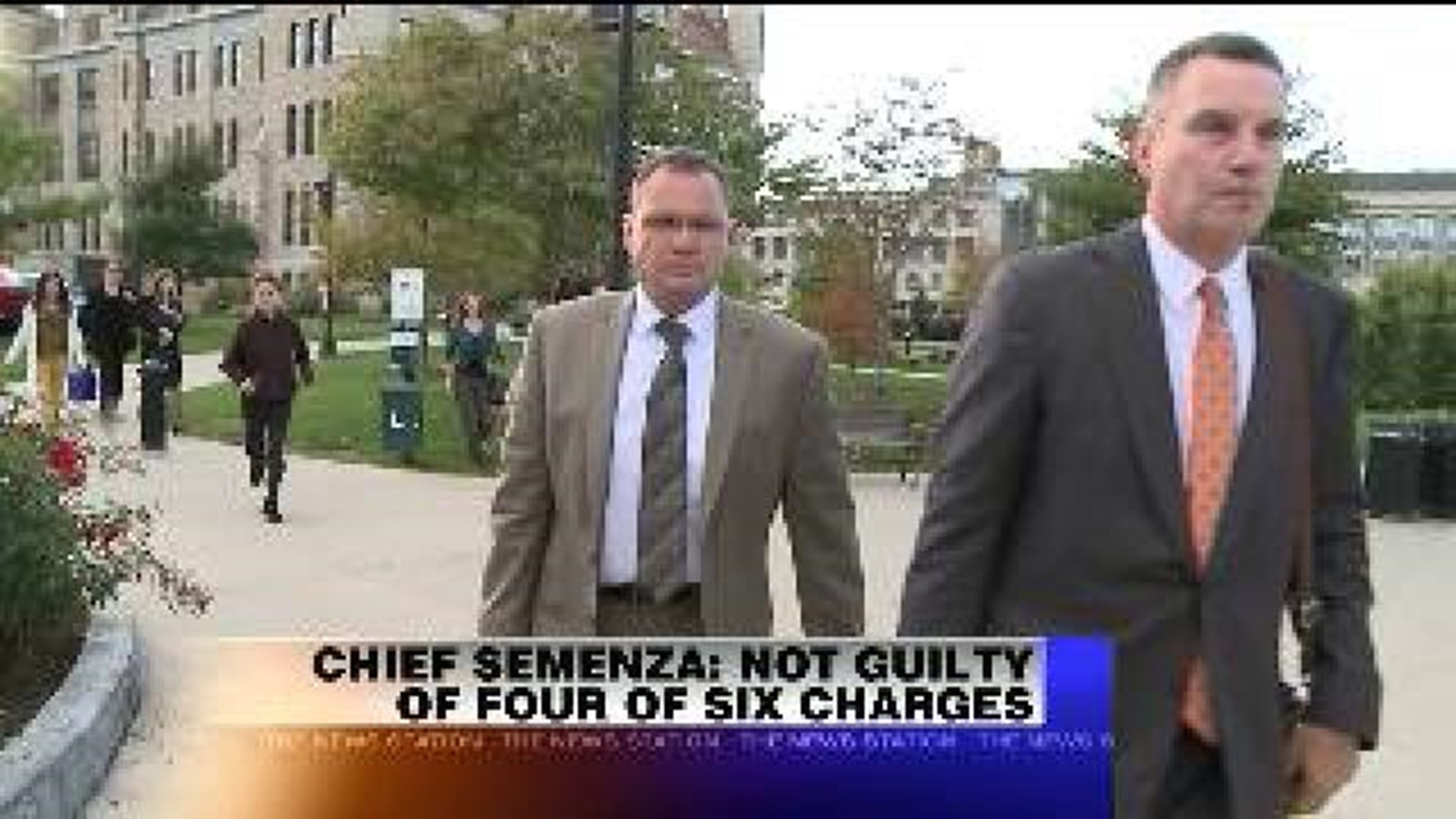 SCRANTON -- The jury has reached a verdict at the sex abuse trial of Old Forge Police Chief Larry Semenza.

He was found guilty on two of the six counts against him - corruption of a minor and failure to report child abuse, both misdemeanors.

Semenza was found not guilty on the most serious charges against him, four felony counts.

The jury reached its decision at about 4:35 p.m.

A jury believed that Semenza had inappropriate contact with a 15-year-old girl back in 2005, but they acquitted him of the felony charges against him that alleged much more serious sexual contact.

Semenza was charged with six crimes in 2012, four felonies and two misdemeanors. After almost four hours of deliberations Tuesday afternoon, a jury decided only to convict Semenza on the misdemeanor charges. Those charges are corruption of minors and failure to report a case of child abuse. That charge came from an accusation that former Old Forge firefighter Walter Chiavacci, who was also charged in the Old Forge sex abuse scandal last year, told the chief that he sexually abused the same girl but Semenza did not report it.

Prosecutors talked with reporters after the verdict was read. They said they knew they had a tough case to prove, so they were still happy about the outcome.

"Obviously, they considered all the evidence and they reached the verdict that they felt we had met the burden on, but the important thing, the takeaway, is that the basis of the corruption charge is the sexual contact with a minor, with someone under the age of 18. So it's not that they didn't believe what we put forward, the first couple charges didn't reach beyond a reasonable doubt. We respect that, we accept their verdict, and like I said, we're pleased," said Lackawanna County Deputy A.D.A Jen McCambridge.

When sentenced, Semenza faces up to six years in prison. Because of the misdemeanor convictions he can no longer serve as a police officer.