WYALUSING TOWNSHIP, Pa. — A woman’s body was found in a creek in Bradford County. Now, troopers have arrested the woman’s son–hours afte... 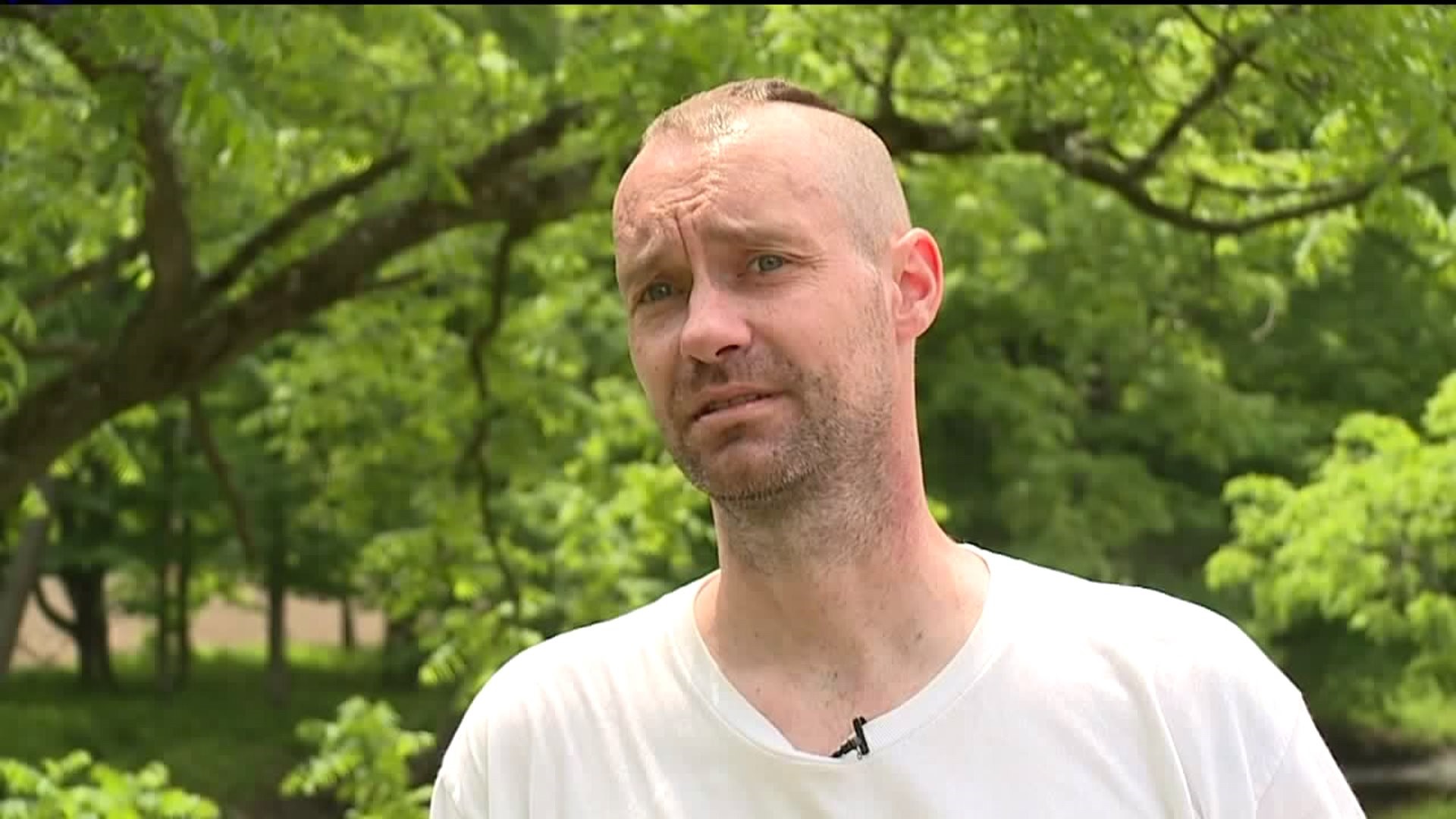 WYALUSING TOWNSHIP, Pa. -- A woman's body was found in a creek in Bradford County. Now, troopers have arrested the woman's son--hours after he spoke with Newswatch 16 about the discovery.

It was only after Newswatch 16 interviewed Matthew Haverly on camera that troopers found evidence that led to them charging him with homicide.

Newswatch 16's Kristina Papa interviewed Matthew Haverly on Friday after the woman's body was discovered. Haverly gave the impression he didn't have any idea what was going on.

"I'm like, 'What they hell is going on?' And now I realize that's what they were actually doing. I had no clue. It's sad to say that that's someone's either daughter, mother or whatever," Haverly had said.

Later on Friday, investigators identified the woman found in the creek as Patricia Haverly, 60, so when Haverly mentioned it could be someone's mother, it turned out it was his mother. During his interview with Newswatch 16, he said he thought it was someone from out of town.

"I think it was some kind of a hit, and something happened. Something went bad, and this is like a rural area, so they just wanted to plant the body somewhere else besides wherever the hell they were from," Haverly told Newswatch 16.

Haverly lives across the street from where the body was found. When Newswatch 16 asked him again what he thought, Haverly continued to talk about mob or gang-related killings.

"It would be like a place where people from the city would want to put a body because most likely it wouldn't be found," he said.

Haverly also spoke about his mother's possible reaction to troopers finding a body near their home.

Shortly after speaking with Newswatch 16, troopers arrested Haverly. He's charged in his mother's murder and accused of abusing her corpse.

Neighbors like Billings are shocked to see how Haverly carried himself during his interview.

"It's heartbreaking because he comes across concerned, and that's what's scary because you don't know what's going on next door at your neighbor's house."

"That's kind of weird. You got people like that running around, not good," said Mark Beattie of Spring Hill.

People who live along Wyalusing Creek say it's frightening because their children use the creek as a recreation area.

"We moved up here eight years ago from Indiana to come to a small community where you don't have to lock your doors and everyone knows your neighbors and everyone's friends, and to have this right in the heart of Camptown is very concerning. It's heartbreaking," said Billings.

The Bradford County coroner has not released the results of the autopsy yet.