HAZLE TOWNSHIP — Some rare visitors from the north are getting all kinds of attention here in our area. They’re called Snowy Owls and this year they... 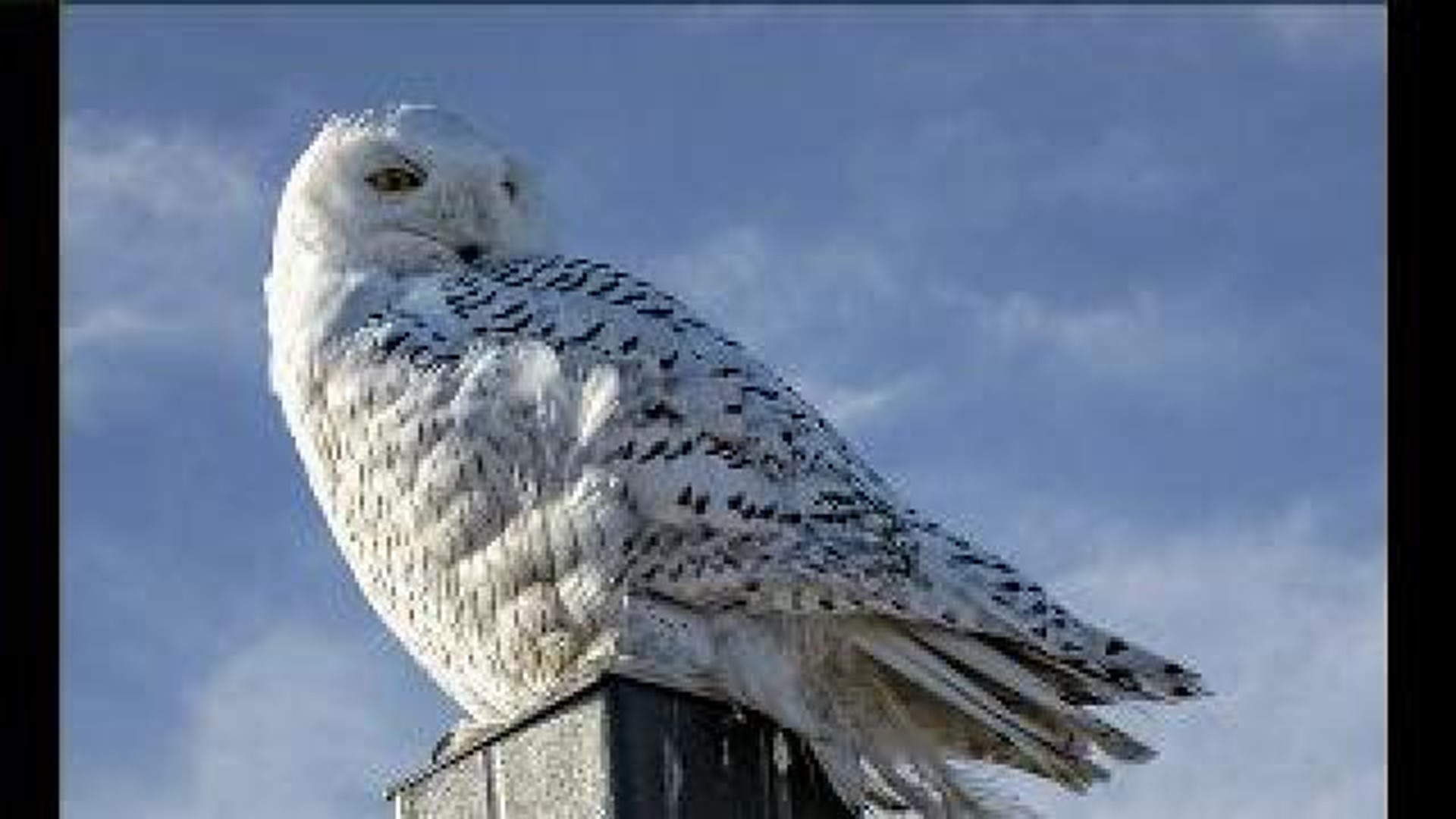 HAZLE TOWNSHIP -- Some rare visitors from the north are getting all kinds of attention here in our area.

They're called Snowy Owls and this year they are being spotted all over northeastern and central Pennsylvania.  Most years the arctic birds never come this far south.

The Hazleton Municipal Airport has become a sort of bird sanctuary. With binoculars in hand and an owl on their minds, people have been showing up to catch a glimpse of a Snowy Owl.

“You don't see things like that.  I'm never going to go to Alaska or any place, so to come here and see that,” said Sally Yerke.

“Magnificent, we were in awe. You can't believe how beautiful they are,” said Julie Aulisio.

Julie Aulisio and Sally Yerke from Old Forge saw the owl perched on a light post last week and had to come back.

“It was amazing to see something that big and so beautiful.  He just stayed there a long time, and i was very privileged to see him,” Yerke said.

WNEP's Pennsylvania Outdoor Life team got a good look at the Snowy Owl that has been calling the airport home for a couple weeks.

These owls usually stay in the arctic, but this year what's called a rare "irruption" has the Snowy Owl population way up and heading south. Owl researchers say it hasn't happened like this in decades.

Heather Harkins brought her son, hoping to take advantage of that.

“We've been seeing the reports on Pennsylvania Outdoor Life and my son is learning about owls in school so we came out hoping that we could catch it and hopefully get a glimpse of it.”

Unfortunately, we were skunked on this day. We didn't get a look at the owl, but experts advise against feeding the owl to make it come in.  Some people have been leaving some mice here hoping to get a better look. Experts say leave it up to nature for the owl to come in, get some food and you get a better view.

“It's something you don't see in this area, put it that way.  It may never happen again,” said Jeff Yeager of Tresckow.

Yeager has seen the owl a few times. He calls it a once-in-a-lifetime experience.

“I have yet to come here where there wasn't anyone here looking.  Anytime you come, no matter what time of the day, you'll see people trying to view it and it's something to see.”

Owl researchers are trying to take advantage of this rare appearance of the snowy owls throughout Pennsylvania and the northeastern U.S.but they don't know how long these owls will be sticking around, or even exactly why they're here.