DALLAS TOWNSHIP — Crews responded to the Dallas High School in Luzerne County checking out reports of a natural gas smell in the area. Township leaders an... 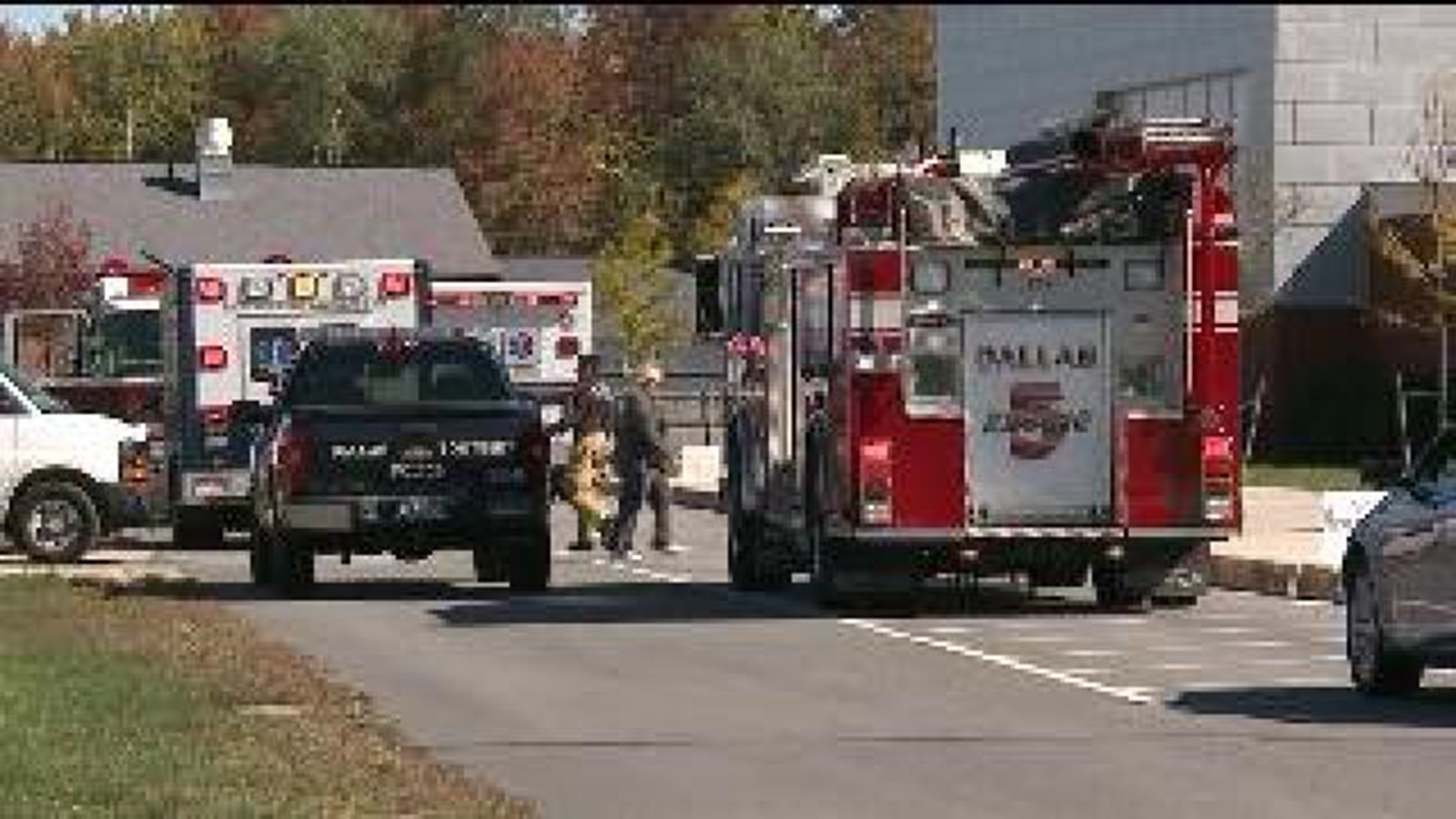 DALLAS TOWNSHIP -- Crews responded to the Dallas High School in Luzerne County checking out reports of a natural gas smell in the area.

Township leaders and school administrators say a breakdown in communication is responsible for some tense moments in and around Dallas High school In Luzerne County Thursday morning.

Hundreds of students were sent to the auditorium and nearby businesses were evacuated because of a release of natural gas from a pipeline.

There is a meter station for an interstate natural gas pipeline about half a mile away from Dallas High School.

The company that runs the gas line claims that it warned the school district and Dallas Township a week ago about scheduled work. The township and the district say they never got that message.

Fire trucks and ambulances rushed to Dallas High School when 911 calls started coming in about a strong smell of natural gas inside and out.

As UGI gas crews checked the school for a possible leak, administrators activated their action plan, sending nearly 1,000 students to the auditorium, many with cell phones.

"You just get a text from your kid saying 'hey, were locked in the auditorium, come get us cause there's gas fumes,'" said Tammy Mikolaichik.

Mikolaichik was one of dozens of parents who got that alarming message from their kids and rushed to the high school to sign in and wait in the lobby until their child's name was called to be released.

"I'm a little upset. I think they should have called us, or at least just dismiss the kids, gotten the buses here," said Molly Noone of Dallas.

Noone's daughter Abigail says some students enjoyed an unexpected break from class. Others were upset.

"There were kids crying and they were scared. They didn't know what was happening."

The odor of natural gas was not just at the high school. People shopping in Dallas could also smell it. Authorities tell us that Weis Market evacuated briefly, as well as Walgreen's Pharmacy, as a precaution."

Half a mile away from the high school is a meter station connected to the Transco Interstate natural gas pipeline. Officials at Williams, the company that owns the pipeline, says it notified nearby residents, Dallas Township, and the school about scheduled work and a natural gas release about a week ago.

"We will make it very clear, that this will not, I repeat, this will not be allowed during school hours every again," said Dallas Superintendent Frank Galicki.

Galicki and Dallas Township supervisor Elizabeth Martin say they were not properly notified.

"It's beyond upsetting because when you make a phone call to a company that has something as important as gas pipelines right next to 3,000 kids, you expect answers," Martin said.

Several students say they felt sick but the school said everyone is doing OK.

The company promises to work with school administrators and Dallas Township on an action plan and clearer communication.

UPDATE: Purge of nearby pipeline behind natural gas smell. All clear given, classes continuing but dozens of parents are picking up kids.