HARRISBURG, Pa. — Adam Rippon was one of the biggest sensations at this year’s winter Olympics, helping Team USA win bronze, and skating his way int... 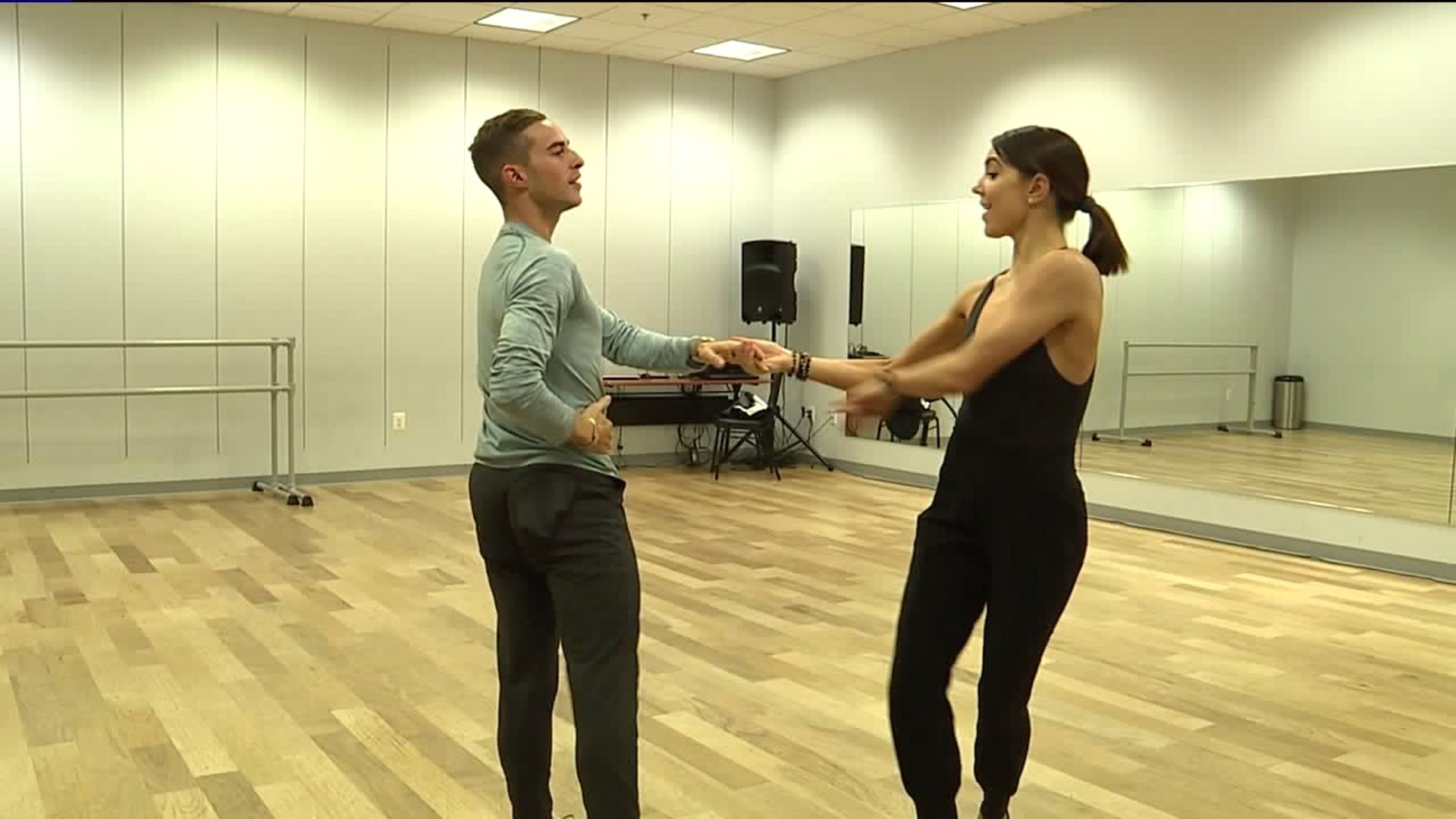 HARRISBURG, Pa. -- Adam Rippon was one of the biggest sensations at this year's winter Olympics, helping Team USA win bronze, and skating his way into America's hearts.

His Olympic success catapulted the figure skater into the cast of ABC's hit show, "Dancing with the Stars!"

"Quick stepping into the unknown, a little challenging but I think we're up for the challenge and we're going to have a lot of fun and definitely be working very hard to put out our best dances," Rippon said.

But before there were medals and mirror ball trophies to win, Rippon was just a kid from Clarks Summit, Pennsylvania looking to make a name for himself.

"From a young age, my mom told me that if I wanted to achieve anything, I needed to work 100% at everything I do, stay dedicated, and I think that because of where I grew up and because of my family, I was really able to go out onto the world stage and just go for my dreams."

Rippon credits his upbringing in northeast Pennsylvania with teaching him the value of hard work. But one thing he really treasures about this region is the food.

"No matter where I go, I still think that the best pizza is in northeastern Pennsylvania. Shout out to Colarusso's. I love Gertrude Hawk's, and now that I've been able to go around the world, whenever I come back home to Pennsylvania, I can really appreciate how beautiful it is."

From northeast PA to L.A., despite living on the west coast now, Rippon insists his roots will never leave him.

"I used to be that kid from right outside of Scranton who didn't feel like they had a role model, and now that I feel like I'm in this position, I hope I can be a role model for a young kid growing up."

A role model who was just named one of Time magazine's 100 most influential people of 2018.

"As soon as I found out the news, I was with my brother and I started crying. It's such an incredible honor."

"Every day, I'm like, is this a dream? Am I dancing with Adam Rippon? And I am. It's awesome. I love it!" said professional dancer Jenna Johnson.

"I have the best partner on the show. Her name is Jenna Johnson. She's whipping me into shape. You would think that skating translates to the dance floor, but everything is so different," Rippon said.

"His feet don't know how to shift weight, so he's amazing at like, skating on both feet, but it's completely different than ballroom," Johnson explained.

Ready or not, millions will tune in to see his dancing debut.

"Well now I'm nervous because it's always been like a month away, and I'm like, 'Cool, I can do that.' Now, I'm a little bit more nervous, but you know what, I've been working on my dance and it'll be great!"

"Dancing with the Stars" featuring Adam Rippon and Jenna Johnson premieres Monday, April 30, at 8 p.m. on WNEP-TV and ABC.