Senator Toomey in Scranton, Talks Tax Cuts and “The Memo”

SCRANTON — Senator Pat Toomey stopped by a warehouse in Scranton to see how Washington’s passage of the Tax Cuts and Jobs Act is already affecting s... 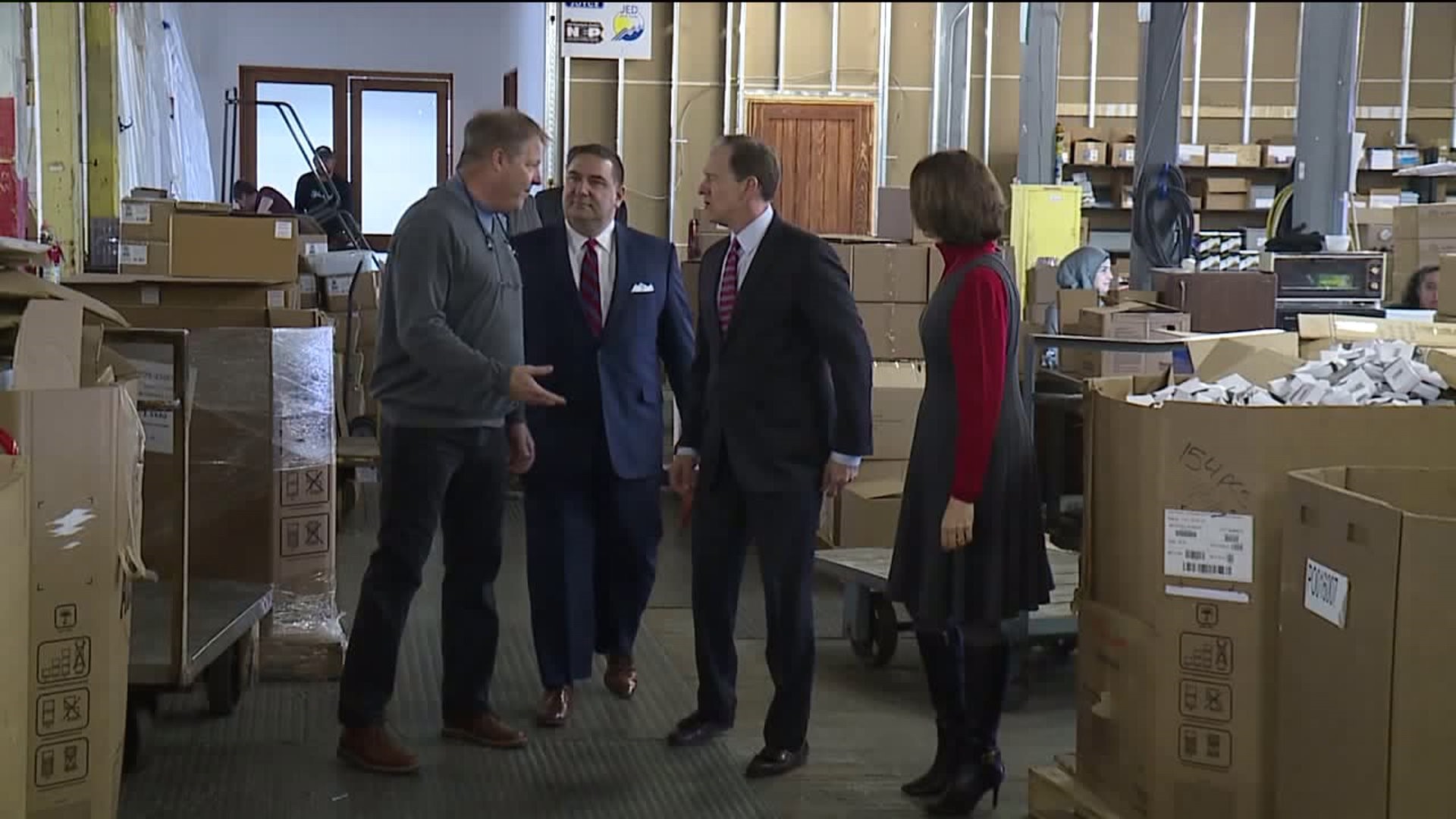 SCRANTON -- Senator Pat Toomey stopped by a warehouse in Scranton to see how Washington's passage of the Tax Cuts and Jobs Act is already affecting small businesses.

"At the end of the day, there`s no question that this business will owe less in taxes than it otherwise would. And that means more resources available to reinvest here in growing this business," Toomey said.

JED Pool Tools on Penn Avenue has been open since 1982 and now has its highest number of employees after hiring three new people this month.

"I did just meet with my accountant this morning and he seemed more of a champion today than he was last week. He said you`re going get 20% off whatever your bottom line profit is," said co-owner Cindi Heyen.

"Hopefully, we can give that back to the employees, that`s our hope, we have some really good people and we want to get their raises, give them raises that they deserve," Heyen added.

Senator Toomey's tour came less than an hour after House Republicans released a controversial Intelligence Committee memo. It pertains to possible surveillance by the FBI of a trump campaign aide. It alleges bias in the FBI.

Many Democrats wanted to keep the memo secret. Senator Toomey was in line with his fellow Republicans, advocating its release.

"I honestly was not persuaded by the senior FBI folks who suggested that while there might be important omissions, ok, if there`s an omission then tell us about it. We can have that discussion. But, the American people need to understand, were people wiretapped on the basis of a campaign opposition research report? Because that`s not a good reason," Toomey said.