SCRANTON, Pa.  — “This is 170 pounds of twisted steel and sex appeal.” That’s what Jeffrey Mattox wrote with a selfie he posted on Faceb... 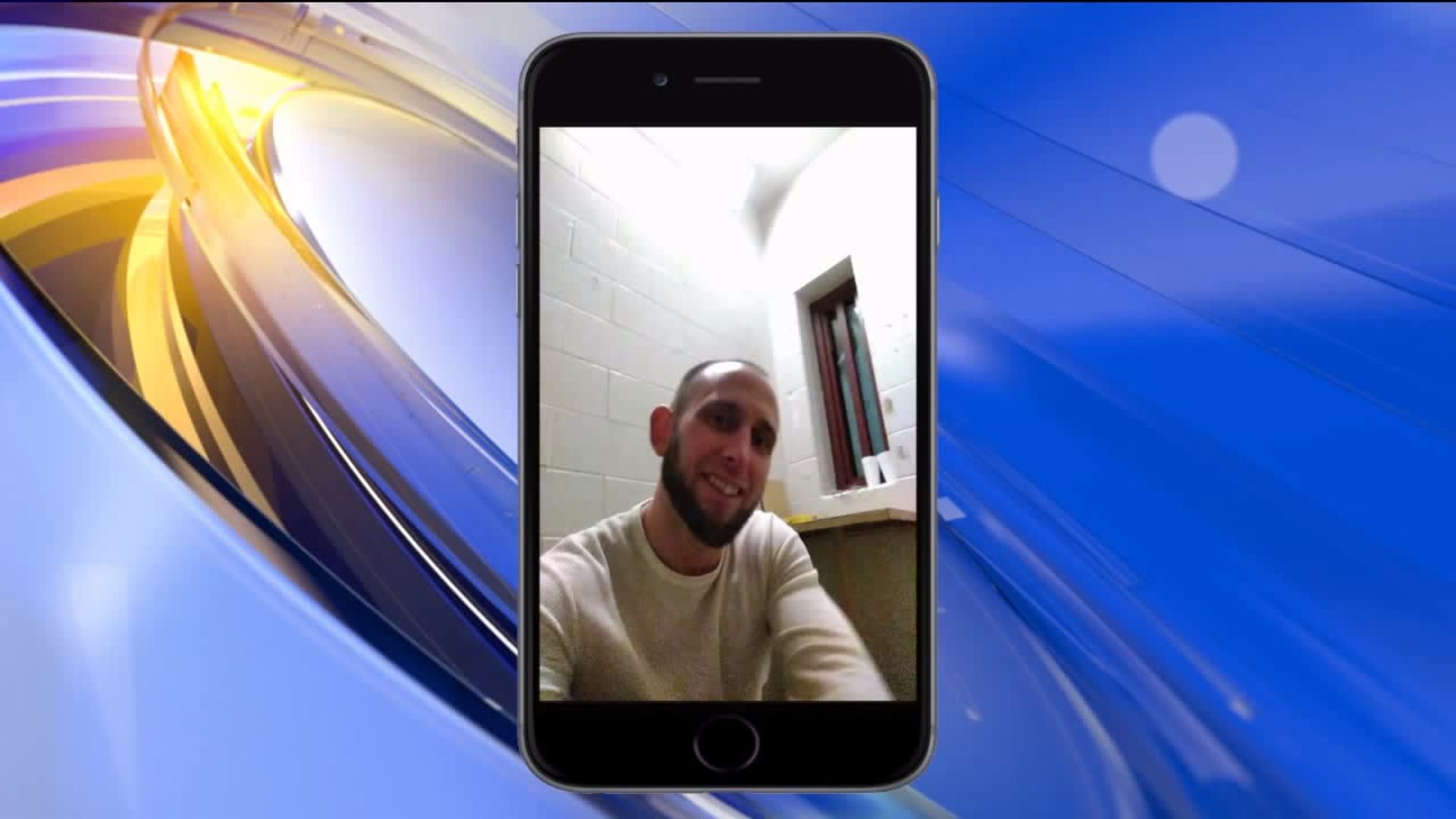 That's what Jeffrey Mattox wrote with a selfie he posted on Facebook on January 25.

The problem is Mattox is a federal inmate housed at Lackawanna County Prison and he is not supposed to have a cell phone.

"It's scary, it's actually scary because they're in there for a reason, they're not in there to play around and how that cell phone got in there, that is the question,” said Colleen Mowery of Carbondale.

Mattox posted other pictures of himself, which appear to be snapped inside the prison.

Lackawanna County officials say there is an investigation underway and contraband has been seized, but they will not say more than that.

Mattox, who is locked up on drug and assault charges, regularly chatted with friends and family here, telling them to call him or even video chat.

He gave out his cell phone number, too.

When Newswatch 16 tried to call it, there was a message that the subscriber we dialed was not in service.

We spoke with one man who has spent time locked up in Lackawanna County.

"My reaction was like, 'Wow, how could that happen?' like, I mean, I see stuff going through the jail all the time, but a phone? It's crazy. That is pretty dumb, like catch a lot more charges for that,” said Brandon Howey of Scranton.

This is the latest scandal to hit the Lackawanna County Prison.

"I think he's in good with the guards and guards are bringing, the ones bringing the stuff in, that's the only way it's getting in there. Just got to tighten down the security with the guards, maybe clean house,” said Todd Mowery of Carbondale.