See the Miracle of Birth at Farm Show Calving Corner

HARRISBURG — Each year, there is something new and interesting at the Pennsylvania Farm Show and this year is really different. A calf named Roy was born ... 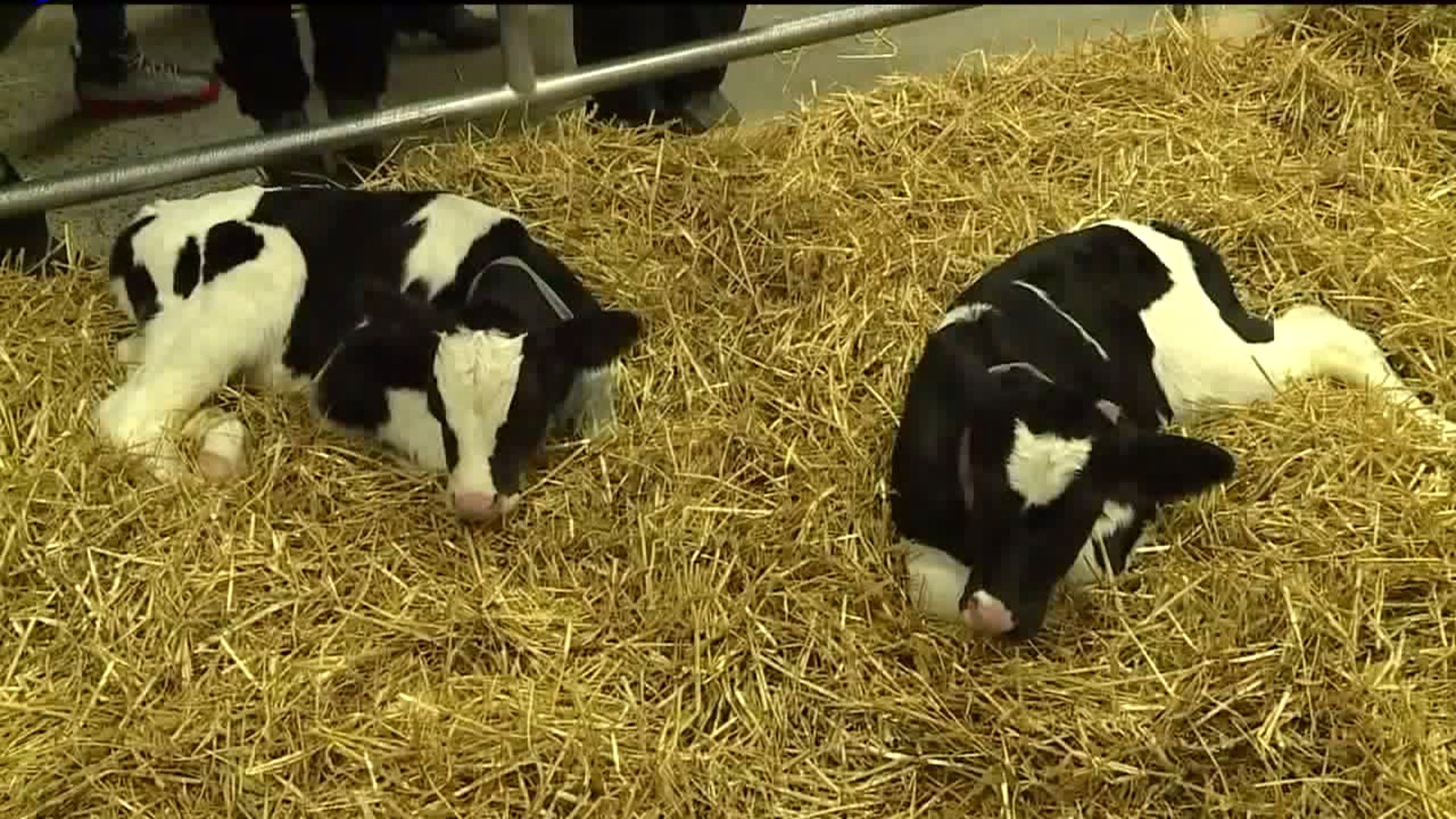 HARRISBURG -- Each year, there is something new and interesting at the Pennsylvania Farm Show and this year is really different.

A calf named Roy was born Tuesday in front of a crowd of people at the farm show.

This area is known as the Calving Corner. Bleachers and big screens are set up so people can watch the miracle of birth.

"Where else would you see something like this, short of living on a farm?" asked Eric Nagle.

The Calving Corner is there for people to learn how farmers take care of their cows every day on the farm.

"A largely positive response, people have great questions. They want to learn more and we are more than happy to share that information with them," said Calving Corner project manager Miriam Miller.

The Calving Corner volunteers sent out a text message alert that Nora the cow was also about to give birth.

"We have four herds involved. Each herd will be here for two days and they bring four cows," Miller explained.

Two calves were born Monday at the farm show.

If you are unable to attend the farm show, you can watch the Calving Corner live stream.

The Pennsylvania Farm Show is the nation’s largest indoor agricultural event, featuring 12,000 competitive exhibits, more than 5,200 of which are animal competitions, plus 300 commercial exhibitors.

The Pennsylvania Farm Show Complex and Expo Center is easily accessible from Interstates 81 and 83.