Three Dead After Crash that Closed Section of Interstate 80

TANNERSVILLE — Three people are dead after a crash on Interstate 80 in the Poconos. The crash happened in the westbound lanes near Tannersville around 4:3... 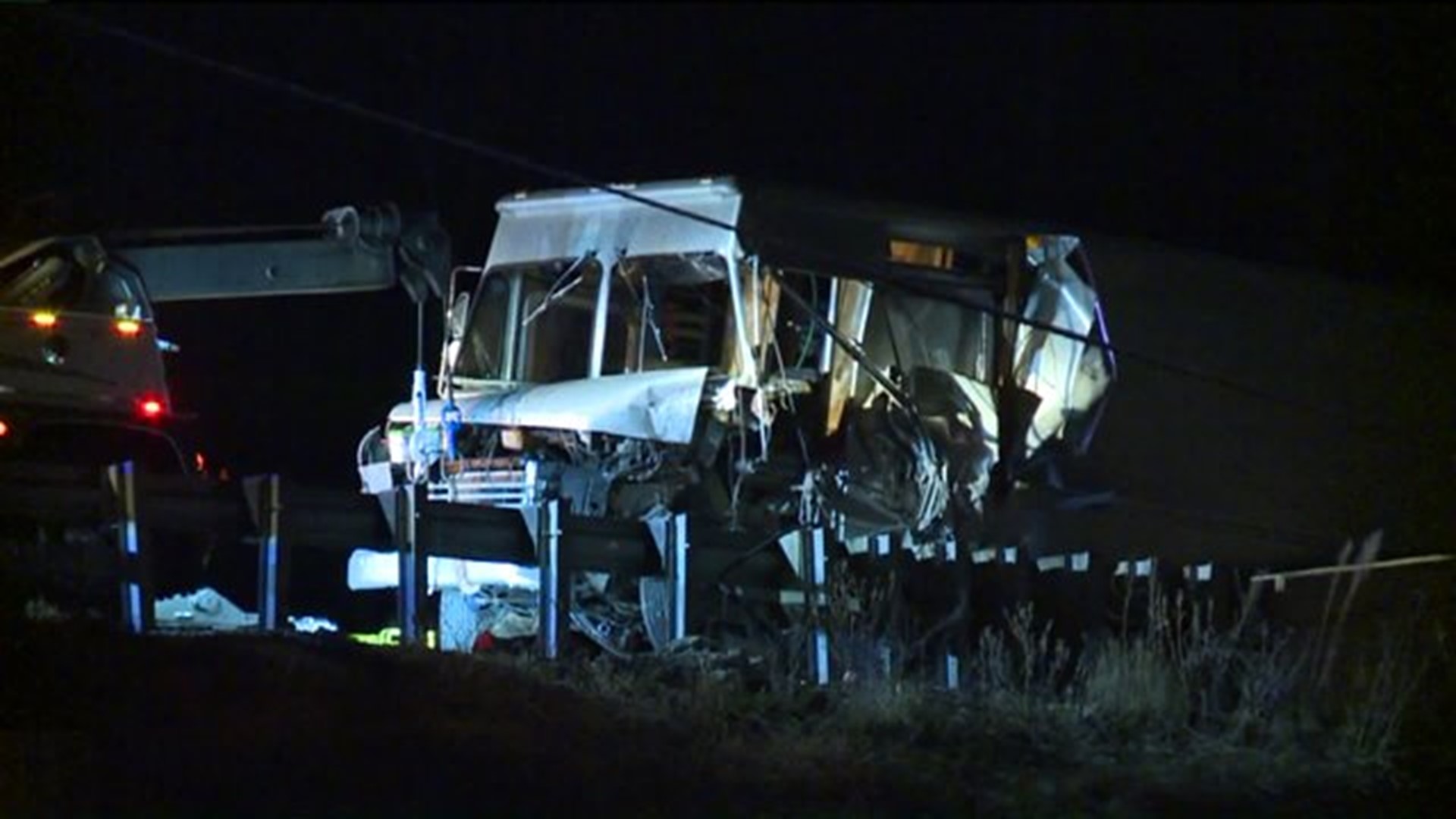 TANNERSVILLE -- Three people are dead after a crash on Interstate 80 in the Poconos.

The crash happened in the westbound lanes near Tannersville around 4:30 p.m. Friday and brought traffic to a standstill.

The Monroe County Coroner says a Luigi Depari, 61, of Allentown and a 12-year-old boy from the Poconos died at the scene. Andrea Rutkowski, 14, died at the hospital.

The wreck shut down the highway for several hours during evening rush hour.

Sue Condreras and Leslie Dancossi were headed from Long Island to the fairgrounds in Syracuse for a dog show.

“It's not fun, I'll tell you that,” said Condreras. “I had to work this morning, we had to pack up the dogs, the motor home early this morning, and we're sitting there. It's dead stopped. We must have sat for two hours without moving.”

“We have a van full of dogs, puppies, that wanted to eat and now they got to go potty,” said Dancossi.

The Monroe County Coroner says a 61-year-old man from Allentown was driving a box truck going east when he crossed into the westbound lanes, striking a Mercedes.

Both the 61-year-old man and a 12-year-old boy from the Poconos who was in the Mercedes died at the scene.

The east and westbound lanes were closed for hours.

“Well, my partner was driving, and I was trying to tell her that when it takes this long, usually someone dies,” said Dancossi.

“We were coming from Allentown. We're just headed to Tobyhanna. Two Hours. Two hours. I got on in Bartonsville and two hours until we got here,” said Michelle Fairservice from Tobyhanna.

Nilsa Soto played good samaritan and brought a stranded driver who had run out of gas to a nearby gas station.

“I just gave the young man--he was without gas. He got stuck in the (traffic), and there's a girl stuck up there, too. She called for help, for the AAA, but they can't get to her because of the traffic,” said Soto.

State police say, at this time the cause, of the crash remains under investigation.