SCRANTON — Professors at the University of Scranton now have a much clearer view of what life was like for women in the Electric City more than a century ... 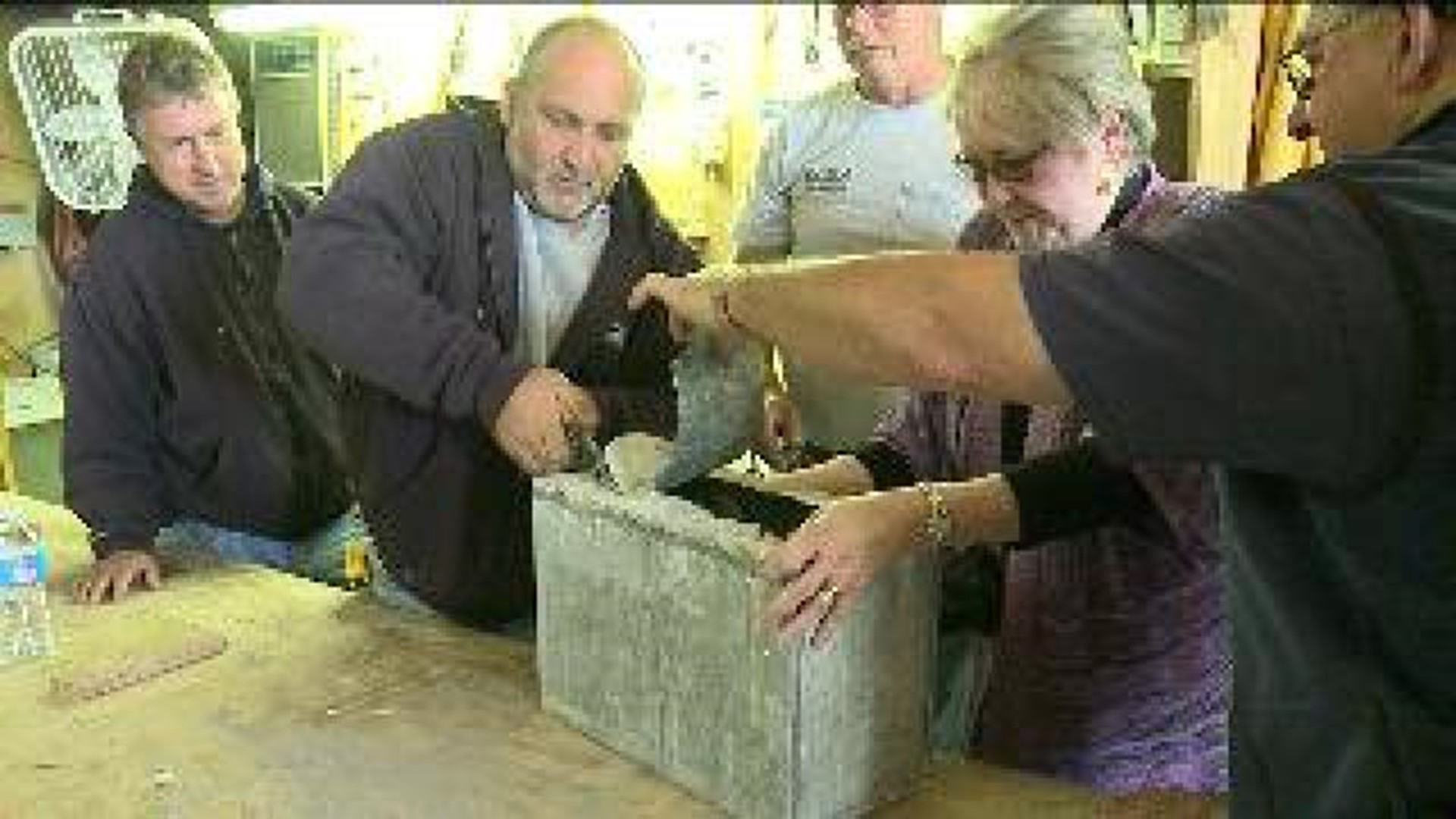 SCRANTON -- Professors at the University of Scranton now have a much clearer view of what life was like for women in the Electric City more than a century ago.

On Wednesday, they sifted through documents and pictures left behind from 1907.

The University of Scranton's Leahy Hall that was once the Young Women's Christian Association is only rubble now.

Professor Josephine Dunn only cared that one tin block was salvaged.  She didn't know what was inside but hoped it would help round out her seven years of research into the YWCA. So, sometimes shaking, she and other university employees sifted through the contents of a time capsule left behind by the founding ladies of the organization back in 1907.

"A lot of times, time capsules only have newspapers and some of the ceremonial things from that day. So they really thought a lot about what they were putting in and provided a lot of information about the organization at the time," said University of Scranton librarian Michael Knies.

Perhaps their favorite find was "Our Woman's Paper." Published in 1896 it was written by Scranton women. It provided baking tips but also perspectives on the outside world that seems so much smaller 104 years later.

Student Lori Travers found out about the time capsule on Facebook.

"Even though the demolition over at Leahy Hall is so great now, nothing in that box was contaminated there was no dirt or anything, it's all so clean. It's amazing how they put so much into it so we could get so much out of it," said university student Lori Travers.

The time capsule sat for more than a century on the corner of Jefferson Avenue and Linden Street. It was placed inside the cornerstone of the YWCA so it couldn't be removed until the building was demolished.

"I think the important thing is that you hear their voice. They're writing this. No one's writing it about them, so it's what they feel and what they think. And sometimes they're a little saucy," Dunn said.

Once all the documents are cataloged, the century-old, strong women's voices will be available to the public in the University of Scranton archives.