SCRANTON — Father Philip Altavilla was the pastor at St. Peter’s Cathedral in Scranton for the past few years, making him one of the most visible pr... 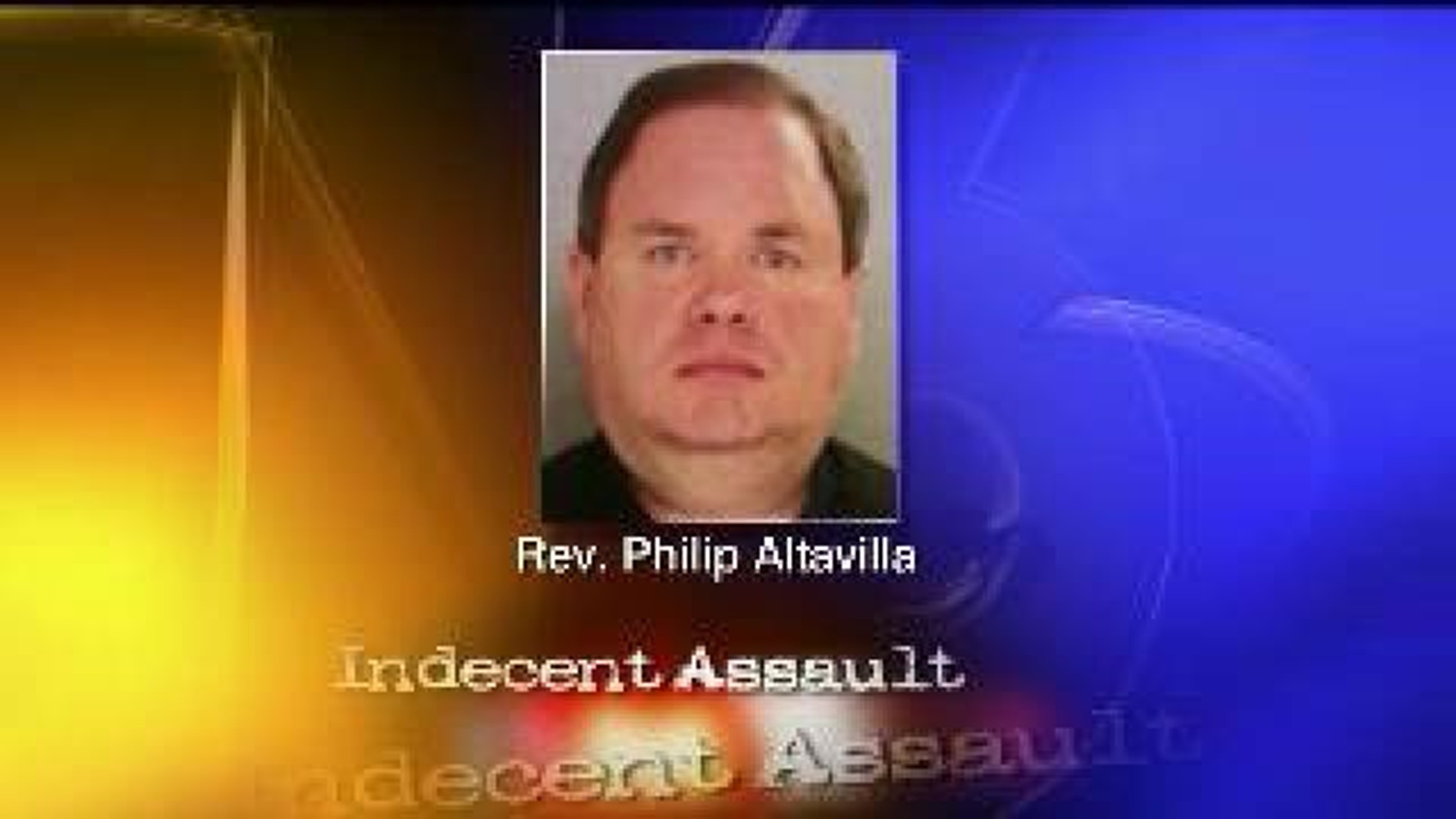 SCRANTON -- Father Philip Altavilla was the pastor at St. Peter's Cathedral in Scranton for the past few years, making him one of the most visible priests in the Diocese of Scranton. He has been removed from his post since being arrested and charged Thursday night with indecent assault and corruption of minors.

The charges stem from allegations that Altavilla abused a teenage girl back in 1998.

As pastor of the Diocese of Scranton's flagship church, Fr. Altavilla has preached in front of thousands. He's now been suspended from his priestly duties after those allegations of child sexual abuse.

Altavilla was charged with indecent assault and corruption of minors stemming from a 1998 incident where he allegedly molested a 13-year-old girl.

That girl was an altar server at St. Patrick's Church in west Scranton where Altavilla once was pastor. According to court papers, Altavilla gave the girl alcohol after Christmas Eve midnight mass in 1998.

He then drove her to a parking lot on Academy Street in Scranton. The girl told police he took off her shoes and touched her legs and feet.

Investigators say in a phone call this week, Altavilla told the girl he has a foot fetish and knew touching her when she was 13 was "inappropriate".

After Altavilla was arrested, the Diocese of Scranton removed him from his post at St. Peter's Cathedral.

He did not attend the church's daily mass on Friday afternoon.

"He was very outspoken about the religious rights being taken away by the Obama administration. He was a priest that spoke up about that," said parishioner Louis Cuck of Moosic.

His parishioners said Fr. Altavilla was an energetic leader and passionate about religious rights.

Newswatch 16 talked to him in 2013 at a pro-life rally in Scranton.

At the first mass after his arrest, parishioners had different emotions about their pastor and their Catholic Church, again enduring a black mark from allegations of sexual abuse.

"I can't picture this happening, and I'm hurt over it because he gave me my server's job a couple of years ago," said altar server Bill Nolan of Scranton.

Bishop for the Diocese of Scranton, Joseph Bambera, released a statement after Fr. Altavilla's arrest saying he is "angry and demoralized" by Altavilla's alleged actions.

Altavilla has been suspended by the Diocese.

Investigators with the Lackawanna County District Attorney's Office have not said if they believe there are more victims. But, they are saying that their investigation of Fr. Altavilla remains open.