PIKE COUNTY — Arrest papers in Pike County reveal that the man accused of shooting and killing his nephew over the weekend showed the boy several guns bef... 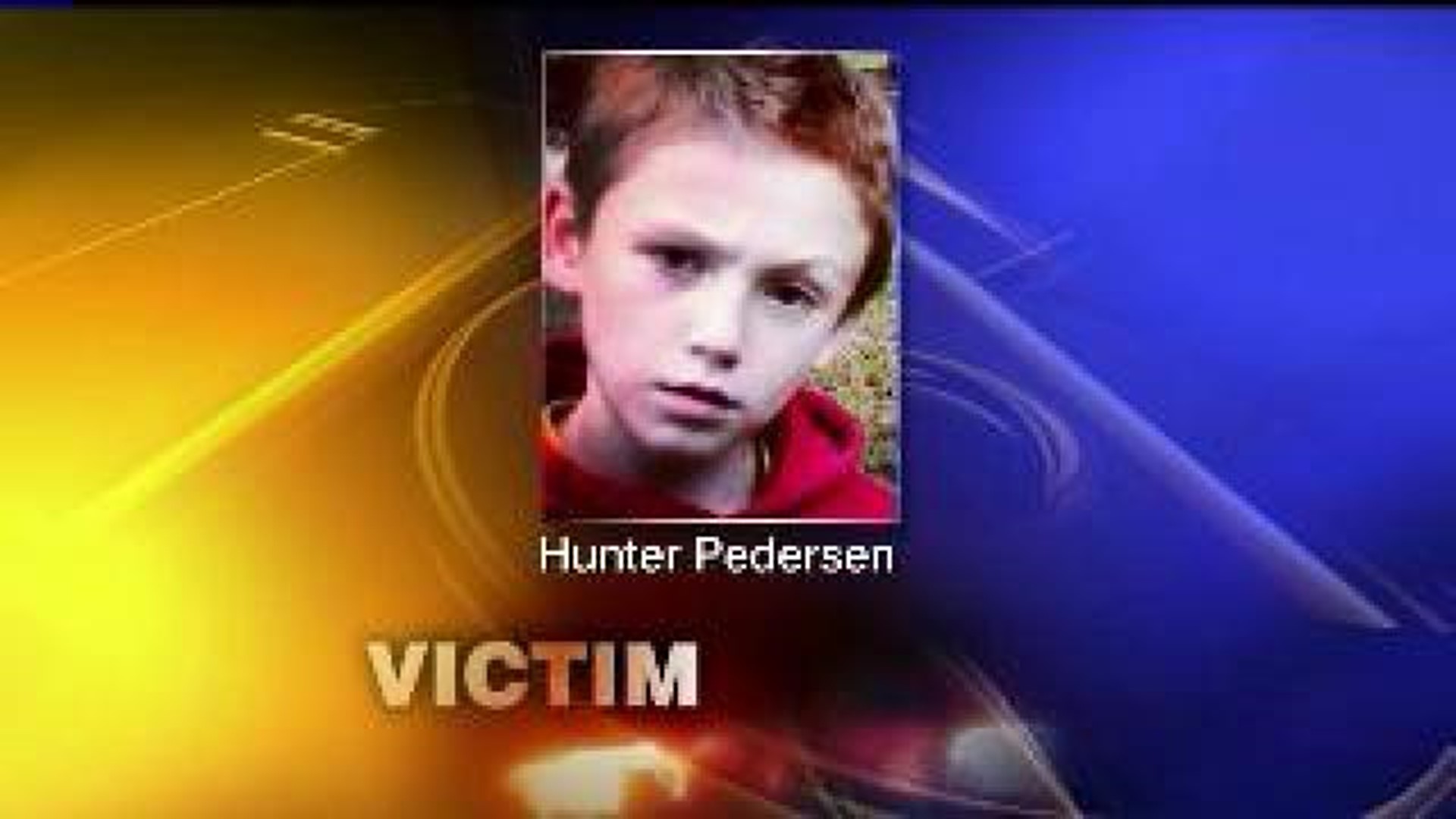 PIKE COUNTY -- Arrest papers in Pike County reveal that the man accused of shooting and killing his nephew over the weekend showed the boy several guns before the shooting took place.

At the same time, the Wallenpaupack Area School District brought in grief counselors Monday and even had them on a school bus in the morning to help comfort children.

There are lots of heavy hearts at Wallenpaupack North Intermediate School where Hunter Pedersen was a fifth-grader.

His uncle is locked up, charged in his shooting death Saturday.

By early Sunday, the wheels were in motion within the school district near Hawley to get students and staff the help they need to deal with the unthinkable loss.

Pedersen was just 10 years old, a regular kid whose life was cut short when police say his uncle wanted to show off several handguns on Saturday.

One was equipped with a laser and investigators said while it was pointed at the boy's head, the gun went off. Now Hunter Pedersen is gone, his uncle Chad Olm is charged with homicide and an entire school community is in mourning.

Cykosky said the fifth-grader at had lots of friends.

Those boys and girls, along with teachers and staff were able to speak with grief counselors the first day back since the shooting death.

"It's been a very rough day, doing the best we can to support our students and staff. Taking their lead and meeting needs where ever we can," she added.

The ripple effects have spread far and near, including Hunter's father who said he's angry at Chad Olm.

He knows his brother-in-law loved Hunter and didn't mean to kill him.

But he pointed the gun at his head and pulled the trigger, changing the family forever.

"Not only children are taking it very difficult, staff who worked with hunter throughout the years. His teachers, counselors, people in the building," said Wallenpaupack Area Superintendent Michael Silsby.

In addition to flags at half-staff at school, officials said a counselor rode the bus that usually picks the boy up for school in order to help everyone come to grips with Hunter's passing this weekend.

"On behalf of the community everyone involved, certainly hunter will be missed, difficult situation for all," said Silsby.

The superintendent at Wallenpaupack said the district will see what it can do to preserve Hunter Pedersen's memory at school.

Funeral arrangements were being made Monday and there's a fund started to help the family with that.

At last check, Chad Olm is still locked up in Pike County.