People in Sayre will soon see new homes and businesses pop up across town. 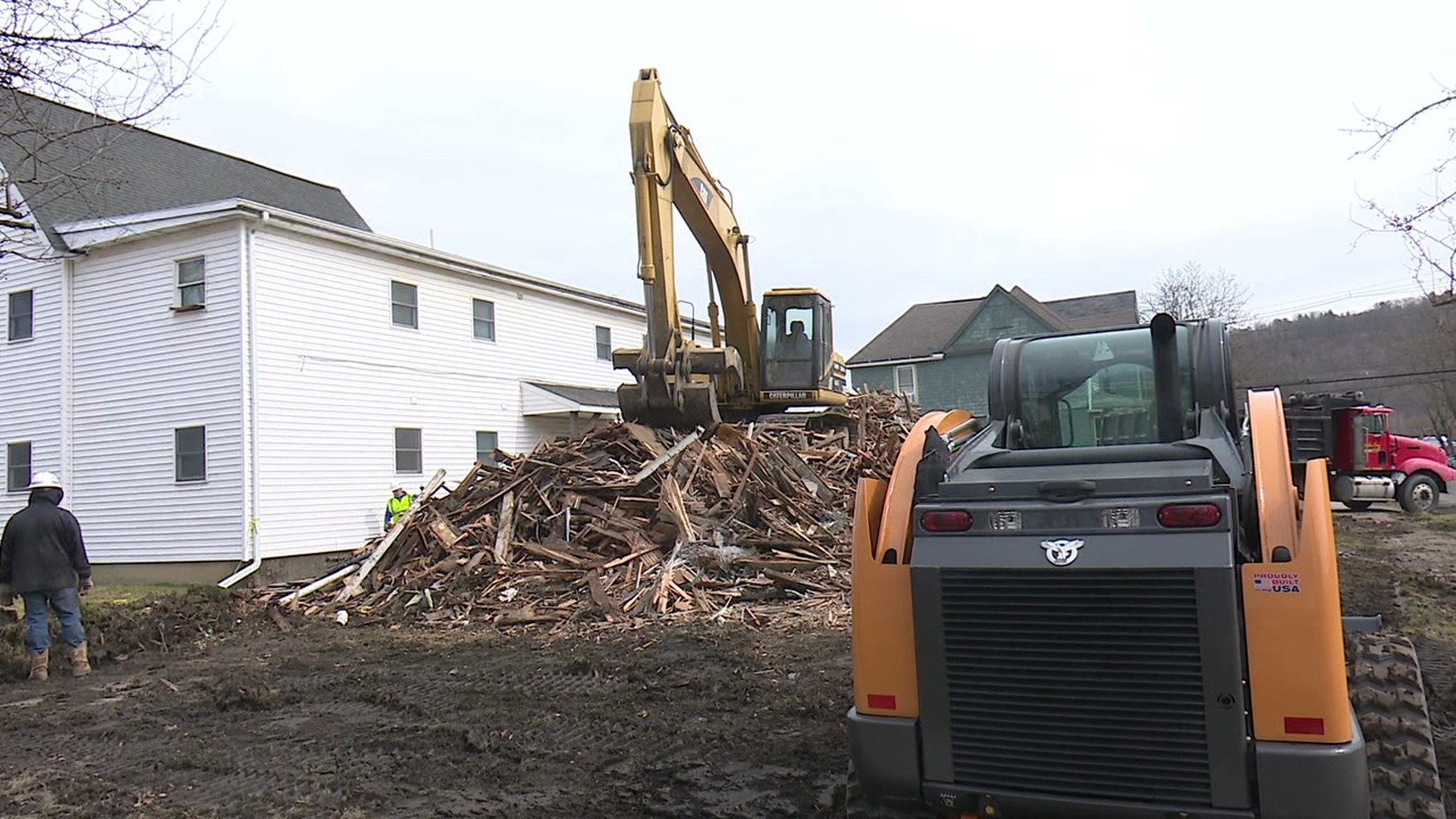 SAYRE, Pa. — A community in Bradford County is set to receive a major facelift. It's all part of the Sayre Revitalization Initiative.

The project is about a year and a half in the making, but the physical changes are just starting to take shape now.

Caution tape surrounding an empty building, a house reduced to a pile of rubble, the inside of a building torn apart -- it may be hard to tell now, but these are all signs of progress in the borough of Sayre.

Faceless facades are turning into bustling businesses, and vacant homes are being torn down and replaced with more modern ones.

"A lot of this is the culmination of collecting the information from the community to hear what they want, and the plan is going to revolve around delivering those items," said Christopher Brown.

Residents, business owners, county, and borough officials are working together on a massive makeover called the Sayre Revitalization Initiative.

Kelly McElhaney is one of the many people breathing new life into a building that has done nothing but gather dust for years. She is relocating her yoga and wellness center, the Zen Den, from Athens to a building in Sayre, which has sat empty for more than half a decade.

"It's been incredible. I think one of the most important things that I've learned through this is the beauty of the people we have in this community. They've been hugely welcoming," McElhaney said.

Colleen Bentley owns Celebration's Black Diamond Cafe and is the president of the Sayre Business Association. She sees this project as a chance to bring the downtown up to date.

In a video showing the planned transformation, you can see old, rundown buildings turn into fresh, modern spaces.

"It's just wonderful because you know that if and when this does happen, people will want to spend time here. We'll have a hustling and bustling downtown," Bentley said.

The entire transformation of the downtown will take years, but work is already beginning with demolition of some buildings and houses.

Early funding for the project comes from Guthrie, the area's largest employer, which hopes to attract and keep more employees here.

Guthrie noticed many of its employees were living in other cities and towns, so one of the goals of this initiative is to bring those people, and others, back into Sayre.

"The key to a vibrant community is a nice mix of a vibrant downtown that you want to work, shop, and visit, but you also want to live in that community as well," Brown said.

People who do live here say it's been years since their community has seen a significant change and agree it could use a face-lift.

"I think it's wonderful. I think it'll be nice, and hopefully, I'll still be working, but I doubt it," laughed Gary Murrelle.

After an initial kickstart from Guthrie, the project will depend on other types of funding, such as state and federal grants and private investment.

People will start to see their town transform within the next few months.