SHENANDOAH — All eyes were on the skies in Shenandoah for one of the community’s longest standing traditions. “It was a beautiful day and it w... 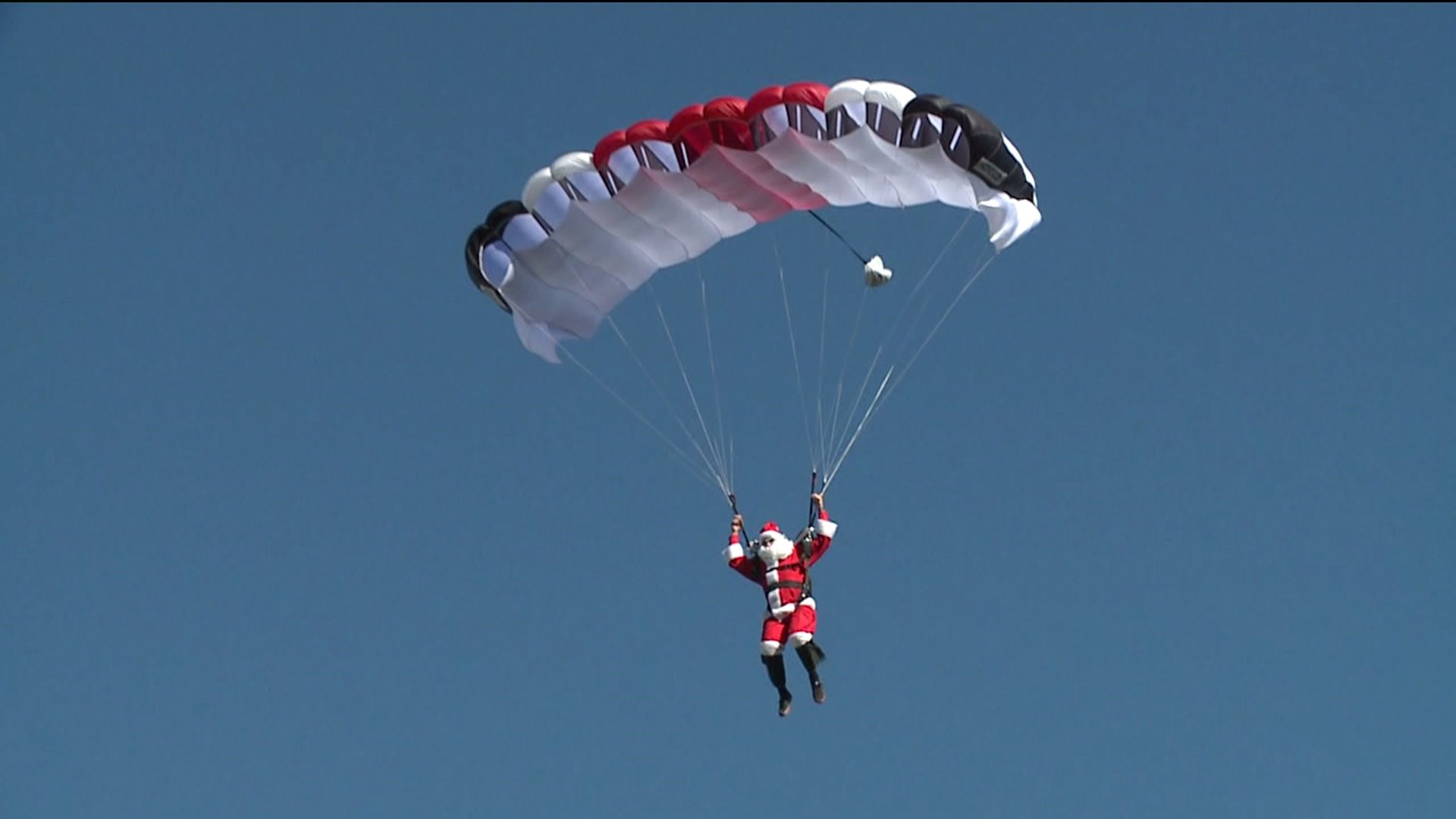 SHENANDOAH -- All eyes were on the skies in Shenandoah for one of the community's longest standing traditions.

"It was a beautiful day and it was nice to get out with the kids for a little bit," Kelly Howell's of St. Clair said.

Hundreds of children and their parents packed Shenandoah Valley High School's football stadium for Ol' Saint Nick to arrive. But, he doesn't come in on his sleigh. He skydives.

While the families waited for Santa to touch down, there was plenty of entertainment, like face painting and meeting Mrs. Claus.

"I'm so excited," Mrs. Claus said. "I made sure that Santa had extra cookies for his drop because he needs extra strength."

The event is hosted by Mrs. T's Pierogies every year on Black Friday. The tradition started years ago but was canceled until Mrs. T's brought it back about a decade ago.

"The parents that knew this as a tradition are now sharing it with their kids or their grandkids," Mrs. T's Owner Tom Twardzik said. "So, everybody has been just super-excited."

This tradition means so much to the people of Shenandoah and all of Schuylkill County.

"I think it is a wonderful thing for the community to get out and get together," Howells said. "It's a great event."

After his skydive, Santa and his elves headed to downtown Shenandoah for a parade.