BELLEFONTE — Jerry Sandusky came to Centre County Court to learn his fate, but first he would have to listen to those he victimized. They too came to cour... 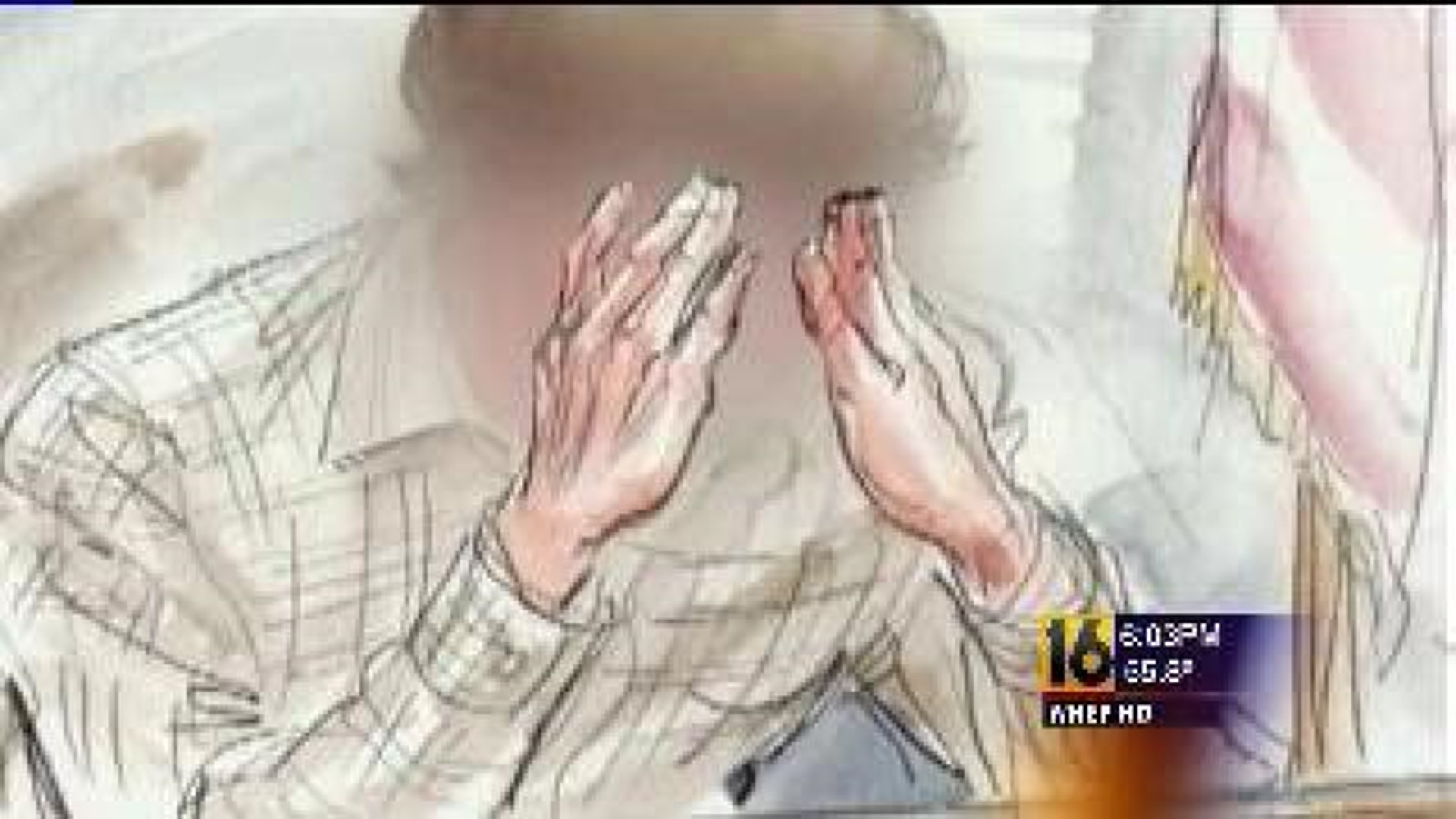 BELLEFONTE -- Jerry Sandusky came to Centre County Court to learn his fate, but first he would have to listen to those he victimized.

They too came to court to be heard, including a now 18-year-old from Clinton County, so called victim one. In a letter read in court he said:  "My psychologist describes it as post traumatic stress disorder.  I describe it as personal agony.  My years of childhood were taken from me."

Victim one gave graphic testimony at trial, but didn't feel up to speaking in court at sentencing.

"Victim one went to authorities at central mountain high school near Mill Hall.  The first to say he was abused, starting this investigation," said his attorney, Slade McLaughlin.

Three years later at sentencing that teen watched Sandusky say all those claims of abuse are false.

"If you heard his interview on the radio last night he actually picked out victim number one and actually took pot shots at him and said he's the one who started all this, he's the biggest conspirator.  It's simply outrageous," said McLaughlin.

Sandusky sat in that courtroom, looking at victims as they stood and talked of abuse, shame, and lives permanently damaged, three victims addressed the judge in person, others wrote letters.

Victim four said: "My only regret is that I didn`t come forward sooner. While I don`t forgive you, I ask others who were abused to forgive me for not coming forward sooner."

"They wanted Judge Cleland to consider their testimony during the trial and really the horror that extends not only to themselves but their families and their friends and to their future," said victim attorney Joel Fetter. 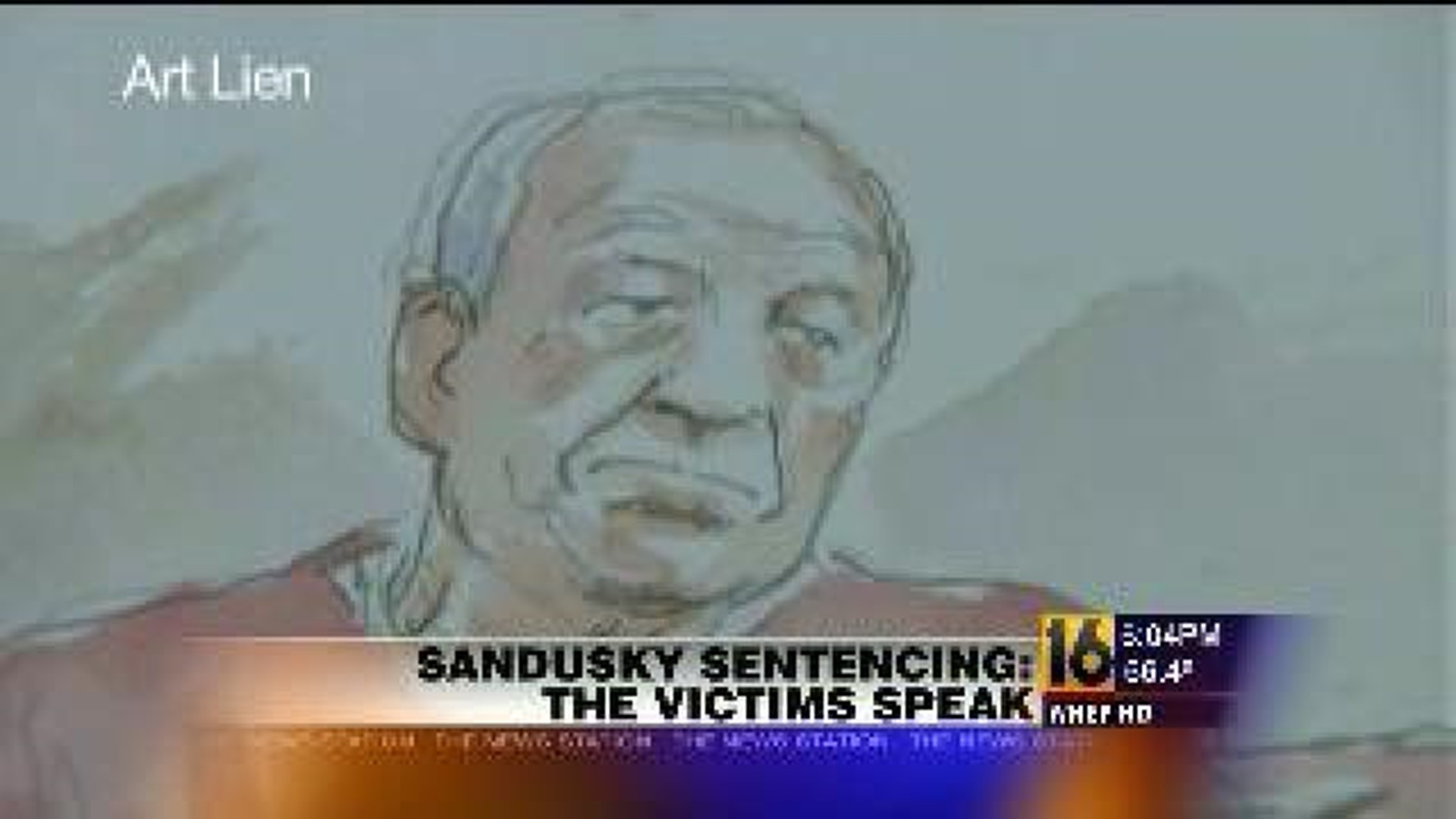 Victim five added: "The sentence will never erase images of his filthy naked body up against me. It is real and it is painful and it will be inside me forever."

From victim six: "That night you told me your were the 'tickle monster' and touched my 11-year-old body and let me think what you were doing was okay.  I've been left with deep painful wounds words can simply not define."

But after the victims were done, Sandusky himself got up and in effect called all of them liars.

"His speech was just more of the same.  Complete denial, disrespect to the victims and what he's put them through and really self aggrandizing self congratulatory comments that all of us will forget," said victims' attorney Justine Andronici.

After the sentencing, lawyers for some of the victims responded to the 30 to 60 year sentence.

"I don't think he'll ever be the same.  He's been damaged and ruined in many ways but in some ways for him to see someone who did this go away for life, that is justice," said McLaughlin.