Victim One Speaks With Newswatch 16

LOCK HAVEN — For 18-year-old Aaron Fisher, it’s a little hard being out and about in Lock Haven now without someone recognizing him. He revealed to ... 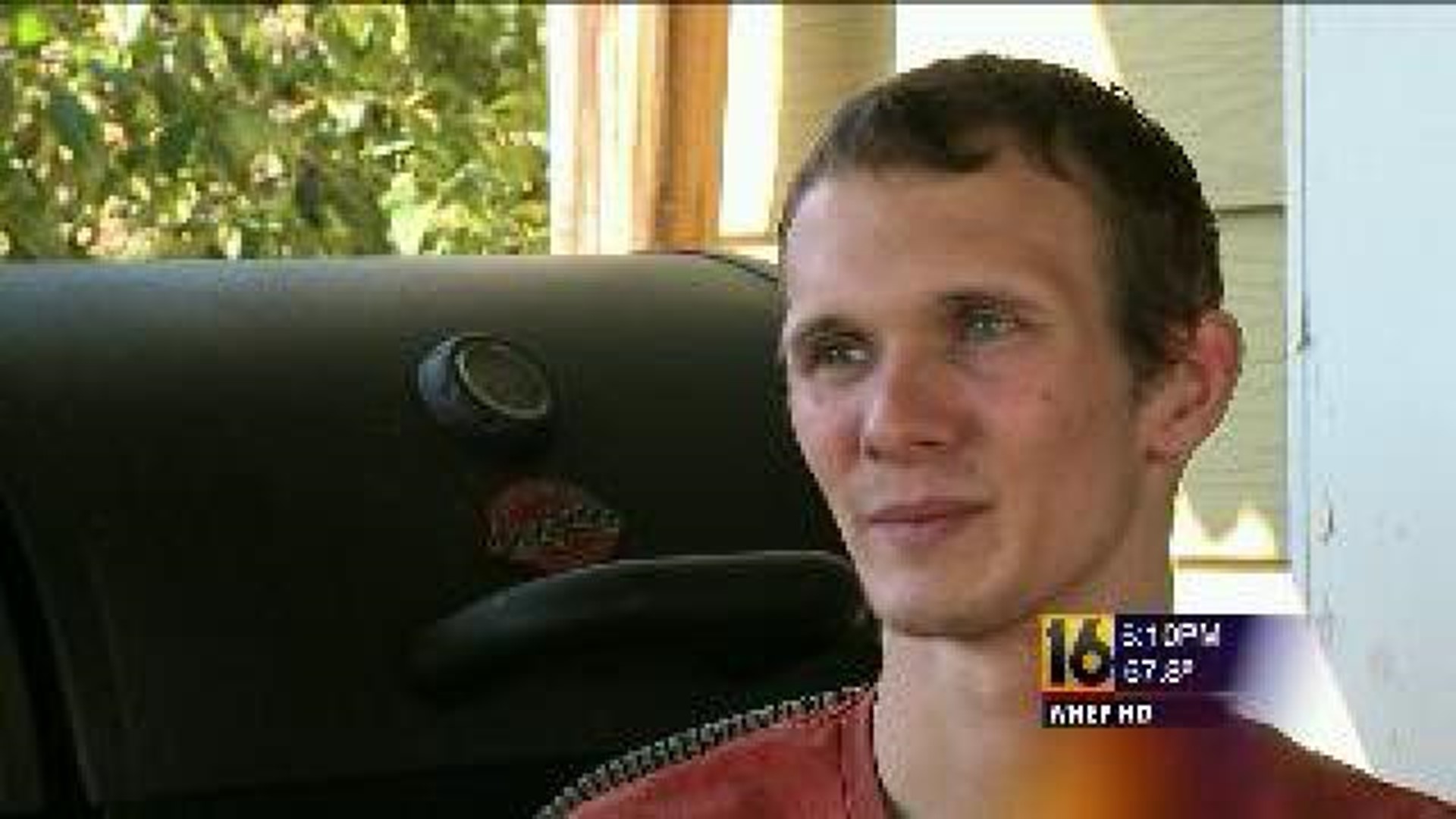 LOCK HAVEN -- For 18-year-old Aaron Fisher, it's a little hard being out and about in Lock Haven now without someone recognizing him. He revealed to the world last week that he is Victim One, the one who stopped Jerry Sandusky.

"Many people came up to me shaking my hands saying I did a good job and keep my head up and I'm helping a lot of people so a majority of it is all good. It's that relief that I don't have to look over my shoulder any more," said Fisher.

Aaron Fisher's story of sexual abuse and the courage to report it is now available for all to read in his book "Silent No More" Victim One's Fight For Justice Against Jerry Sandusky.
The book came out Tuesday online and in bookstores nationwide.

When we sat down with Aaron, he said he wrote the book and came forward to help others and to give other young victims courage to stop their abusers.

He said at first he loved spending time with Sandusky, as he was showered with gifts and attention.

"It was awesome.  I would brag to my friends every now and again.  But then after some of the stuff started happening, I stopped bragging to my friends about stuff. I told them I went here and didn't give them any details," said Fisher. 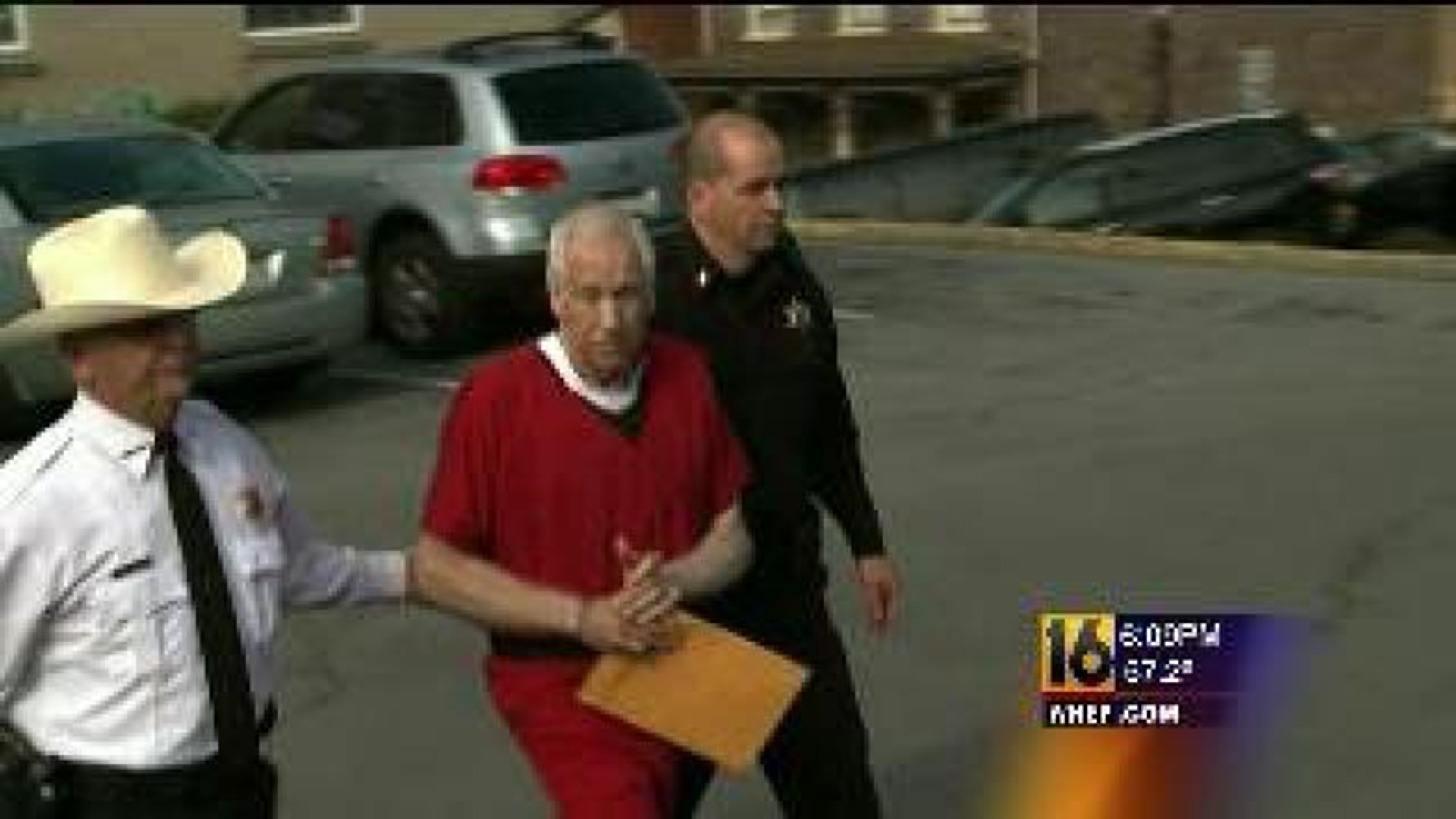 Aaron Fisher was between 11 and 14 years old when he was abused, but looked even younger than that.  After dealing with the abuse for years, he said he just couldn't take it any longer as Sandusky continued to push for more time with him.

Fisher said he may never have reported Sandusky but he said when he tried to avoid him, Sandusky acted almost like a bad ex-girlfriend.

"I figure if he had just left me alone I would have never said anything but he was very persistent and it was weird and I didn't like it.  I knew what I had to do.  I didn't want to do it, but I figured that was the only way he would leave me alone," said Fisher.

Fisher said he wants to do more than just the book to help others, he wants to talk in schools about abuse, reaching out to potential victims there.

"I put a stop to one and now another kid is safely tucked in his bed not having to go through this.  And if I can talk to school kids and their parents as well maybe I can help another set of other kids," said Fisher.

But none of it was easy for Aaron.

He said first he was doubted when he reported abuse to officials at Central Mountain High School and said he got bullied about it by other students, even had to leave the school.

"Then my name got leaked out and other people were not so happy that I could make so-called allegations. Which didn't turn out to be allegations after that, they turned out to be the truth," said Fisher.

He had the courage to sit in front of Sandusky at trial, weeping as he testified about the horrific abuse, graphic details he had to repeat over and over to countless investigators.  He said he was told not to make eye contact with Sandusky, but couldn't avoid it.  Fisher said Sandusky just kept staring and smirking at him.

When the former Penn State coach was sentenced, again Fisher was only feet from his abuser. He said listening to Sandusky ramble about being innocent made him want to jump up and punch him.  Especially after a statement released by Sandusky the night before insinuating Fisher fabricated the whole story.

"After I heard it and I read it I was kind of jacked.  It was so hard not to get up and fly into him," said Fisher.  "Sitting in the courtroom my mom had to cover my mouth because I was mumbling a bunch of things that wouldn't be good for TV."

"I think that was a bunch of bull.  I don't think they should have had that.  That's hurting the players, to punish them and take all their wins and stuff like that," he said.  "Do I blame Penn State, no. Do I blame their students? No, not at all, their students had nothing to do with this.  It's just that the people who were put in a position to help didn't."

Another person in a position to help was Dottie Sandusky, Jerry's wife.

Fisher said he was abused hundreds of times in the Sandusky basement and she never intervened.

"You could always hear the footsteps when I was down in the basement.  She was always there. To say that she didn't know anything that was going on or knows nothing was going on in her basement, I think she's just as naive as Jerry," said Fisher.

Fisher told us he always thought he was the only victim while he was being abused.

He said he even got angry when he learned there were other Sandusky victims dating back more than a decade before him.  He said he knew they could have prevented his abuse by coming forward, but then realized they were going through the same struggles he did trying to report Sandusky.

"I actually stood up in the one courtroom when we had all their family members and victims in there and I said I understand this is hard.  I don't blame any of you for not coming forward when maybe we should have but I said I'm just glad you're here now and didn't hang me out to dry," Fisher said he told them as they were preparing for trial.

The book "Silent No More" is written by Aaron, his mom and his psychologist, three different perspectives about how a boy was abused.

How a mom was fooled by the powerful Sandusky and how a psychologist helped them heal and seek justice.

She gets angry when people say Aaron and her family are just after money.

"No matter how much money would ever be involved in anything, nothing, nothing nothing will ever give him back his childhood, nothing it going to change any of that," said Daniels. "I still to this day can't put it together how he did this, how this was so calculated and so planned out, it seems as though he was a professional at this."

Psychologist Michael Gillum was the first to pursue charges against Sandusky.

"It was an honor the first day I met Aaron to have this young man at 15-years-old to have the courage to tell me what a celebrity had done to him," said Gillum.

He said faced a lot of resistance as he tried to get justice for Aaron.

Gillum and Daniels blame some of the delays in getting charges filed on now Pennsylvania Governor Tom Corbett.  He was the attorney general at the time.  They believe his campaign for governor was one reason it took three years after Aaron first reported abuse for Sandusky to be charged.

"When no arrest happened, the indication we were given was that yes, the supervisor at the very top had stopped that process," said Gillum about his repeated questions when there was a delay in Sandusky's arrest.

But Aaron Fisher says he is focusing more on the future than the past.

"The damage is already there but you can't take that back.  So I'm pushing forward," said Fisher. 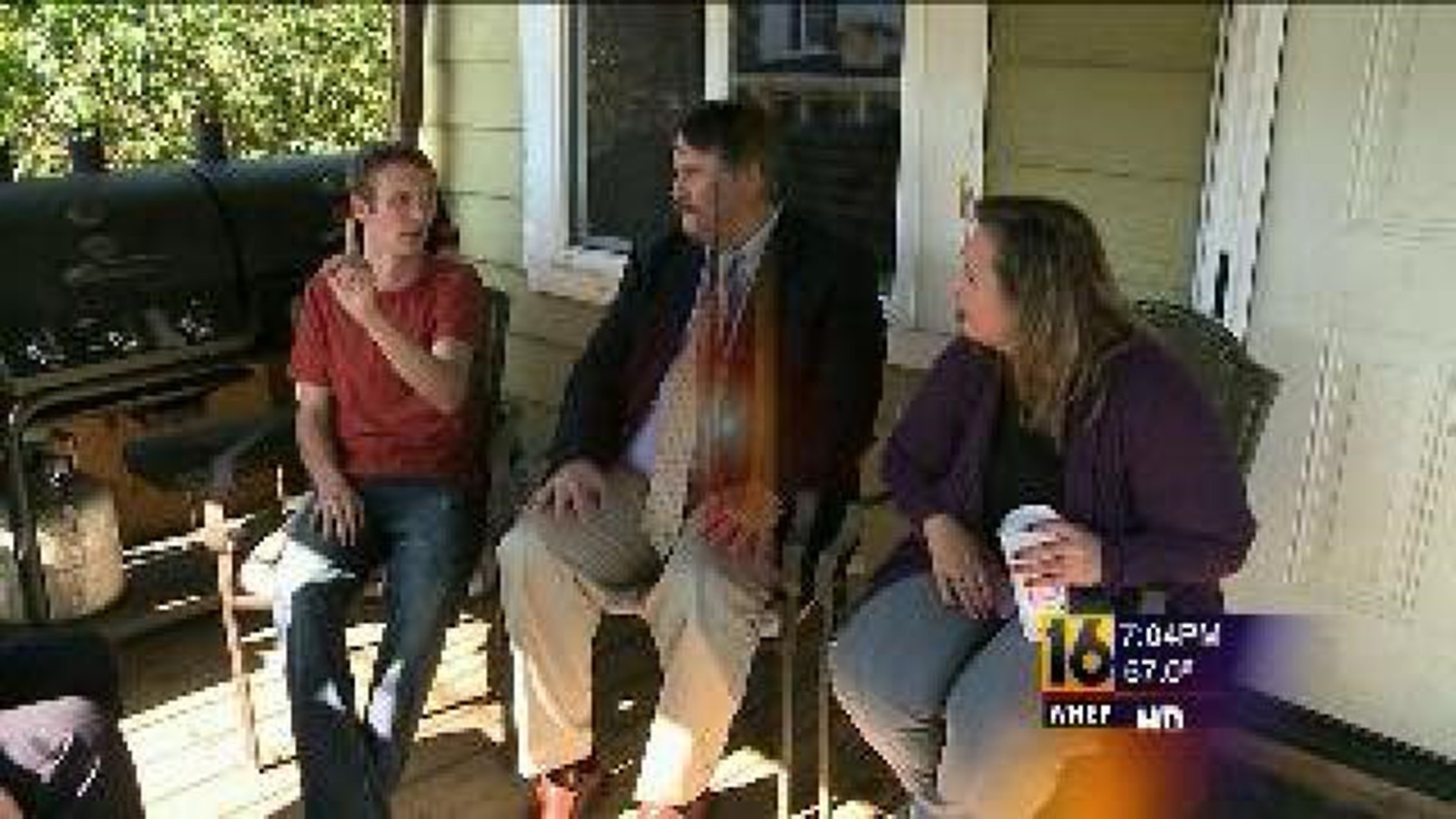 Fisher is right now working as a security guard. He plans to start college in January. He hopes to one day be a state trooper.  He says he wants to be able to protect others, after so many failed to protect him.

"I want to be remembered for the good that I've done to help people and the good that I did not only for other victims but for myself as well," said Fisher.