BELLEFONTE — A judge has sentenced Jerry Sandusky to 30 to 60 years in prison. Sandusky, 68, a former Penn State University football coach, was found guil... 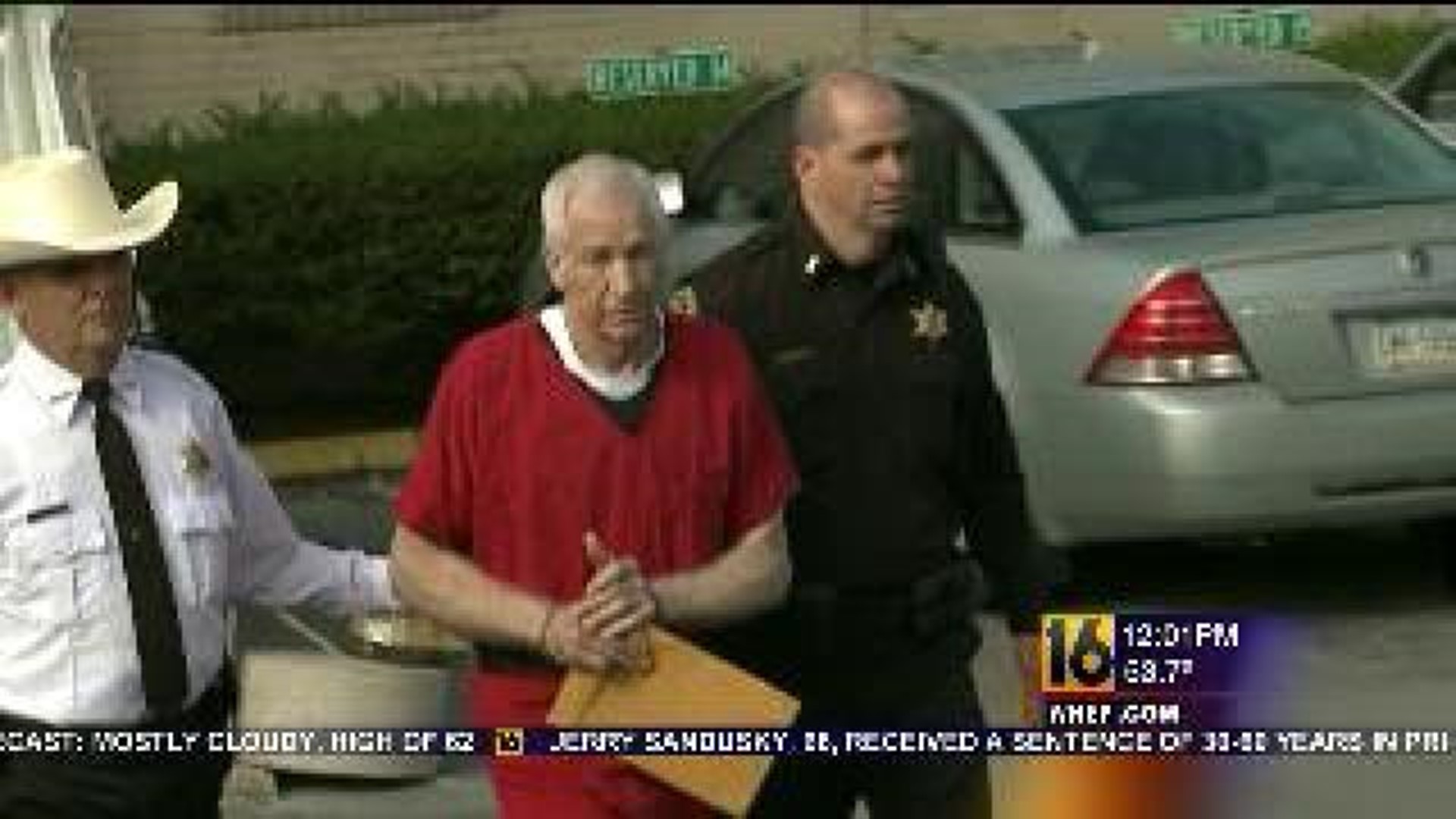 BELLEFONTE -- A judge has sentenced Jerry Sandusky to 30 to 60 years in prison.

Sandusky, 68, a former Penn State University football coach, was found guilty in June of 45 counts related to the sexual abuse of children, and he still says the jury was wrong.

Sandusky released a statement from behind the walls of the Centre County jail Monday maintaining his innocence. Sandusky blamed his problems on a wide-ranging conspiracy, involving the media, civil lawyers, police and prosecutors, and even his former employer -- Penn State University.

In court, statements were read from victims, including Victim One from Clinton County, who talked about his childhood being ripped away by Sandusky and about the embarrassment and shame he felt because of the actions of someone he trusted.

A statement was read from the mother of one of the victims from Snyder County who talked about the pain she watched her son go through and how awful she feels as a mother that she didn’t notice.

Three of Sandusky’s victims spoke in person in court, some in tears, talking about the pain caused by Sandusky.

"Rather than take accountability for your actions, you decided to attack us as if we did something wrong," said Victim Four.  "I don't know if I can ever forgive you."

Another talked about how he repressed the feeling for so long, but decided to do something about it and testify at trial.

They also mentioned that they felt victimized over and over, including the recorded statement from Sandusky that came out Monday again maintaining his innocence.

Sandusky also addressed the court, speaking longer than anyone, maintaining his innocence.

"Others can take my life. They can make me out as a monster.  They can treat me as a monster. They can't take away my heart. In my heart, I know I did not do these disgusting acts," he said.

As he stood before the judge, Sandusky broke into tears, saying the hardest thing about being jailed is the absence of his family. He cried as he apologized to his family for what they have been through but Sandusky was adamant that he did nothing wrong.

The judge said Sandusky is a dangerous man because he took the trust of the victims and the community and violated that trust.

Sandusky was taken back to the Centre County prison in handcuffs. He will be transferred to state prison in about 10 days.