Sandusky Guilty and Behind Bars

BELLEFONTE — Jerry Sandusky spent his first day as an inmate on Saturday after being found guilty late Friday night in Centre County Court. His lawyer sai... 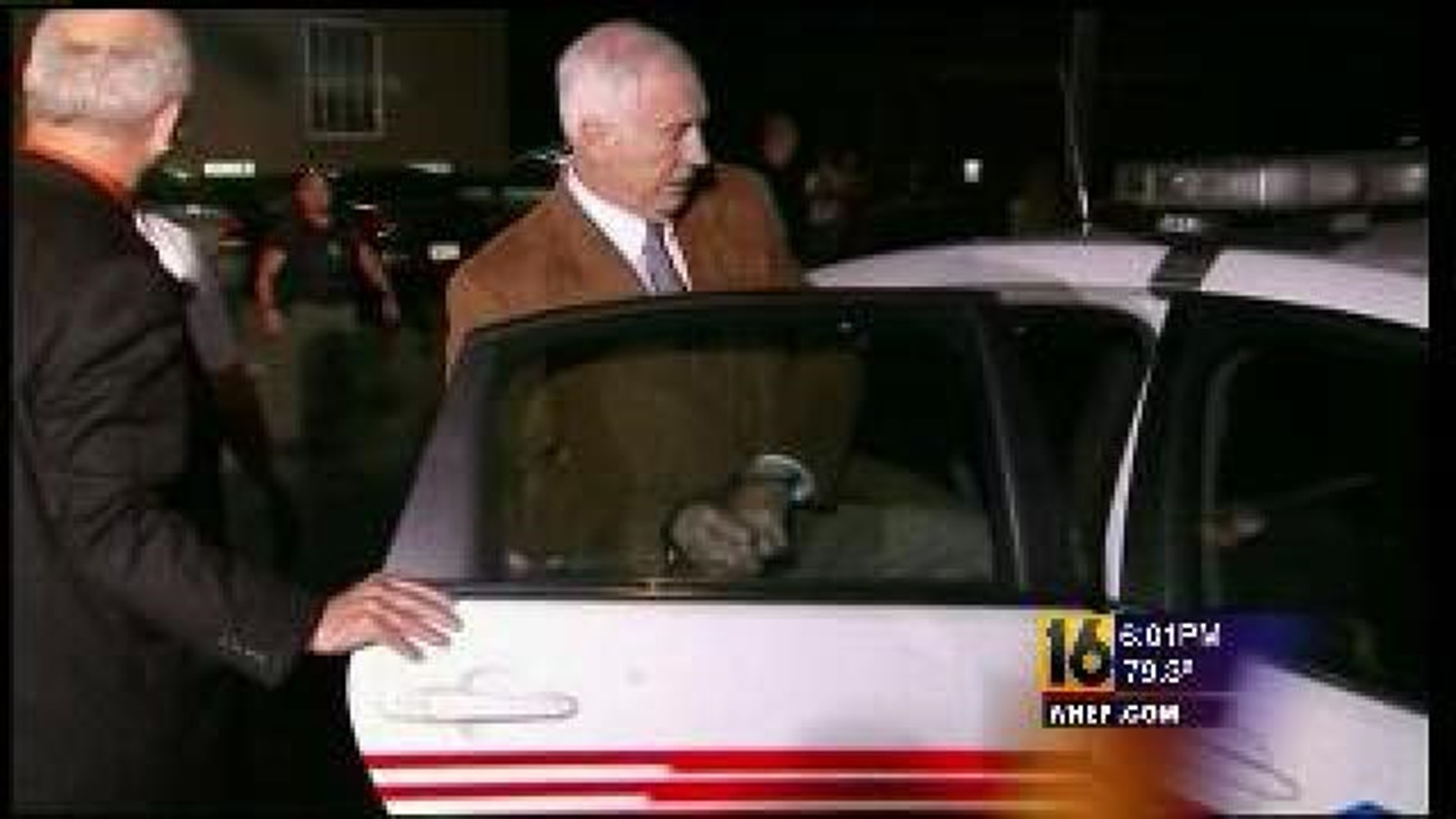 BELLEFONTE -- Jerry Sandusky spent his first day as an inmate on Saturday after being found guilty late Friday night in Centre County Court.

His lawyer said he is on suicide watch at the Centre County jail. Jurors found him guilty of 45 of the 48 counts against him, and a celebration broke out on the courthouse steps.

Jerry Sandusky woke up to his new life; life as an inmate.

Sandusky was jeered as he left the Centre County courthouse in handcuffs minutes after jurors delivered the verdict, guilty of assaulting, abusing and molesting 10 boys.

The smile we often saw on his face was replaced by a stunned look.

His hands trembled, and as he left one side of the courthouse, cheers roared on the other side. A crowd of people gathered to hear the verdict.

After seven long months of living through scandal, Penn State fans and people from central Pennsylvania were able to celebrate justice.

For months we have seen video of Sandusky’s home, a true house of horrors described by the victims.

Now Sandusky is in a different home, the Centre County Jail, but even though he's behind bars this saga is far from over.

We heard eight victims testify at the trial. Attorneys said more victims like them have come forward. There will likely be civil lawsuits soon.

While the attorney general talked of a victory in this trial, she said the investigation is ongoing.

An independent investigation into the university's actions in all this is wrapping up soon, but for one night at least some joy over justice as a serial pedophile and predator was sent off to jail.

When Sandusky is sentenced within the next 90 days, he will likely spend the rest of his life in a state prison. He was once considered a hero for what he did for kids. Now he is one of this country's most notorious villains for what he did to kids.