Ripley’s In Talks to Put Aquarium in the Poconos

TOBYHANNA TOWNSHIP — Believe it or not, there are talks to build an aquarium in the Poconos. Directors at Ripley’s Entertainment have shown interest... 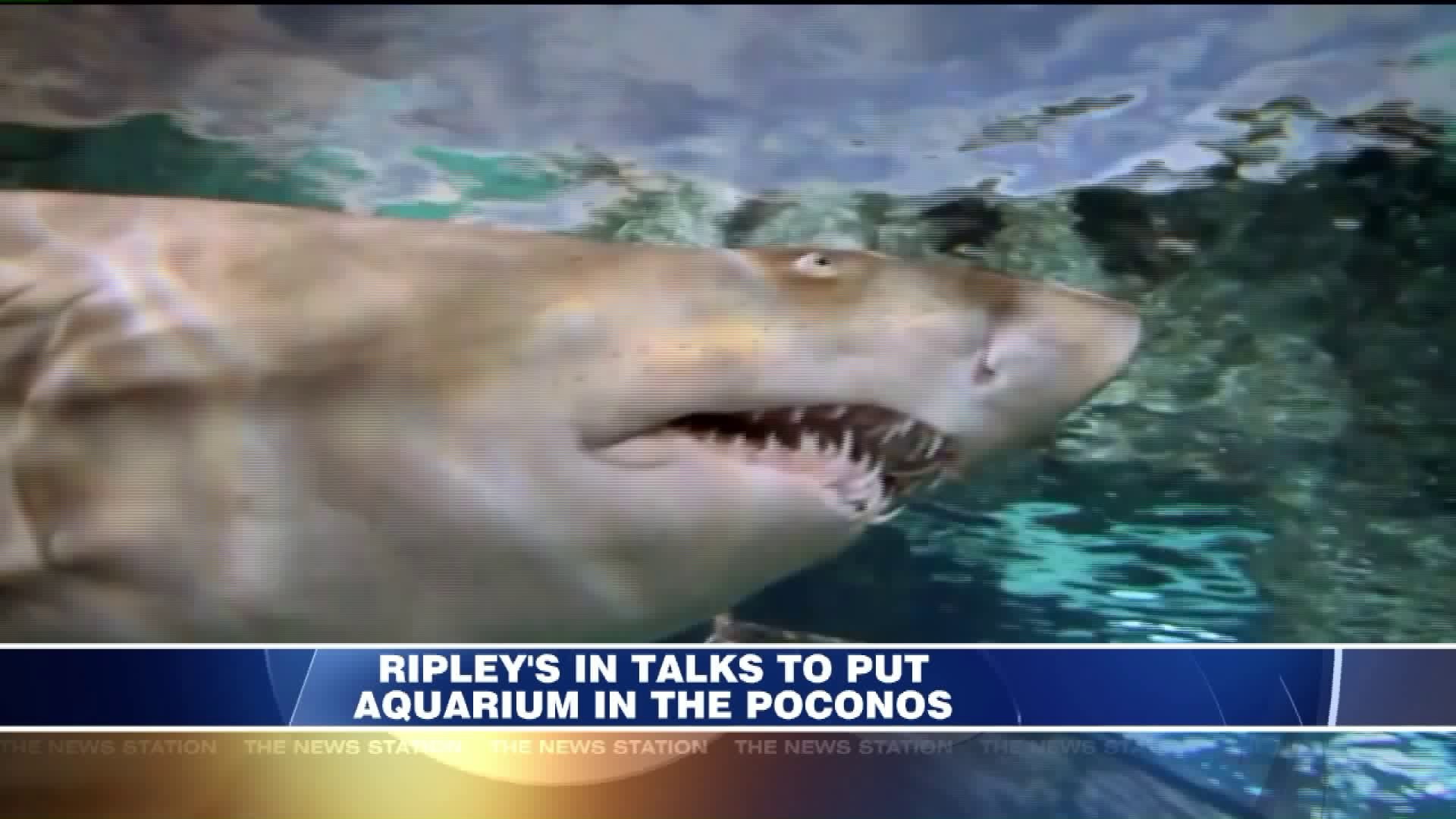 TOBYHANNA TOWNSHIP -- Believe it or not, there are talks to build an aquarium in the Poconos.

Directors at Ripley's Entertainment have shown interest in building the giant attraction in Tobyhanna Township near the Kalahari Resort.

This would be the company's fourth operating aquarium -- adding to the two currently operating in the United States, and another in Canada.

According to officials in Tobyhanna Township, there have been potential talks of the attraction spanning a little over a year, but now it's becoming more of a reality.

"I think it would be a great attraction for the kids and everyone who comes to the Poconos to see something new," said Marina Caprano of Henryville.

A spokesperson for Ripley's Entertainment was unable to give Newswatch 16 a comment on future plans to build, however, the Tobyhanna Township manager John Jablowski Jr. things the plan to move these big fish in is becoming more of a reality.

"We are very glad to partner with Ripley's and partner with other developments happening here in Tobyhanna Township," said Jablowski. "We are in the early planning stages now, conceptual design phase so we are very excited about the opportunities that are here in the region."

According to the township, the plan is to get shovels in the ground for the multi-million dollar project by next year. The attraction is already getting good feedback from the community -- particularly from businesses who welcome the extra foot traffic.

"There are people who don't want to stay on the resorts the whole time. They want to see what else is out there in the Poconos," said Victoria Vangilder of the Jubilee Restaurant. "So, I think it will help other businesses as well as ours."

Residents in the area that spoke to Newswatch 16 said they are happy that developers chose to build these attractions near the highway -- diverting tourist traffic away through residential areas.

They also agree that these new developments are helping revitalize the Poconos, and helping to put it back on the map.

"It's exciting," said Lynn Castiglia of Pocono Summit. "There's a lot of changes that happened since I moved here 30 years ago but most of it's positive so, hopefully, that's a good thing."