WILKES-BARRE TOWNSHIP — CoreLife Eatery just opened up on Mundy Street in Wilkes-Barre Township. The restaurant opened with a twist. “We wanted to s... 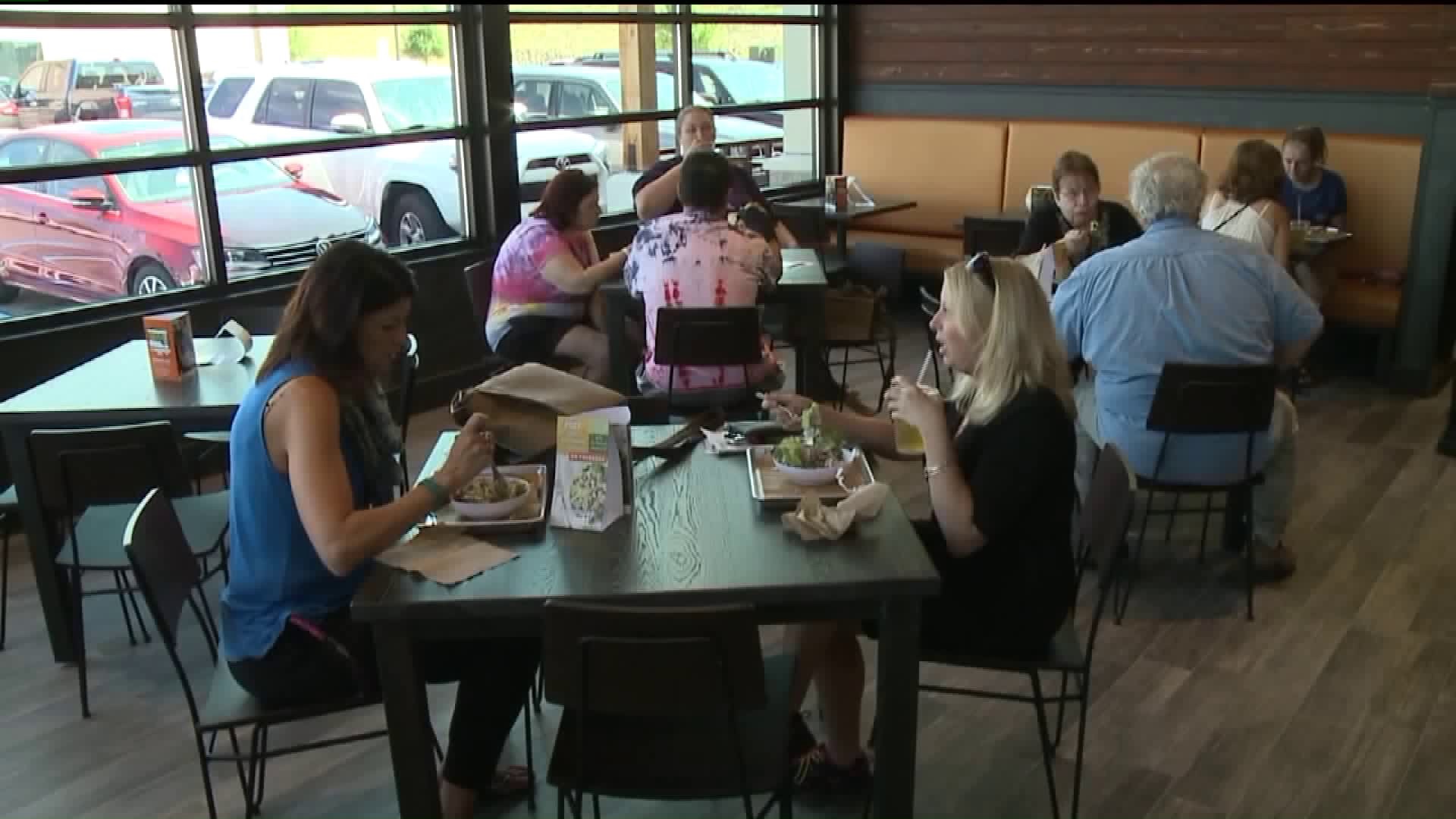 WILKES-BARRE TOWNSHIP -- CoreLife Eatery just opened up on Mundy Street in Wilkes-Barre Township. The restaurant opened with a twist.

"We wanted to see the place and also give a donation," Elsie Kosmach of Plains Township said.

The eatery held a soft opening to get its staff ready for the restaurant's grand opening. The soft opening was a fundraiser for Keystone Mission, which helps out the homeless and the working poor in our area. Customers could try out items on the menu and pay whatever they wanted. That money will go to the mission.

"This is absolutely amazing," Keystone Mission Volunteer Coordinator Kathy Regan said. "When I first received the information, I thought it was too good to be true, but they have been absolutely wonderful to deal with."

"This is the first Core Life Eatery in Northeastern Pennslyvania. It has added about 50 part and full-time jobs."

This is the 18th restaurant co-founder John Caveny has opened. CoreLife offers healthy options for its customers.

"We wanted to build a concept that you could walk in and no matter what you ate it was good for you," Caveny said.

Those who came out for the soft opening are already fans of the restaurant's concept, and the fact they wanted to give back to the community it will be feeding.

"I think it brings the community together and it gives them something to look forward to," Kaylee Sminkley of Laurel Run said. "It`s not just free food. We`re donating to a good cause."

The restaurant's grand opening is set for Friday. It will be open from 11 a.m. to 9 p.m.