SCRANTON, Pa. — About 30 people living in an apartment building in Scranton are being evicted and time is running out for them to find a new home. They sa... 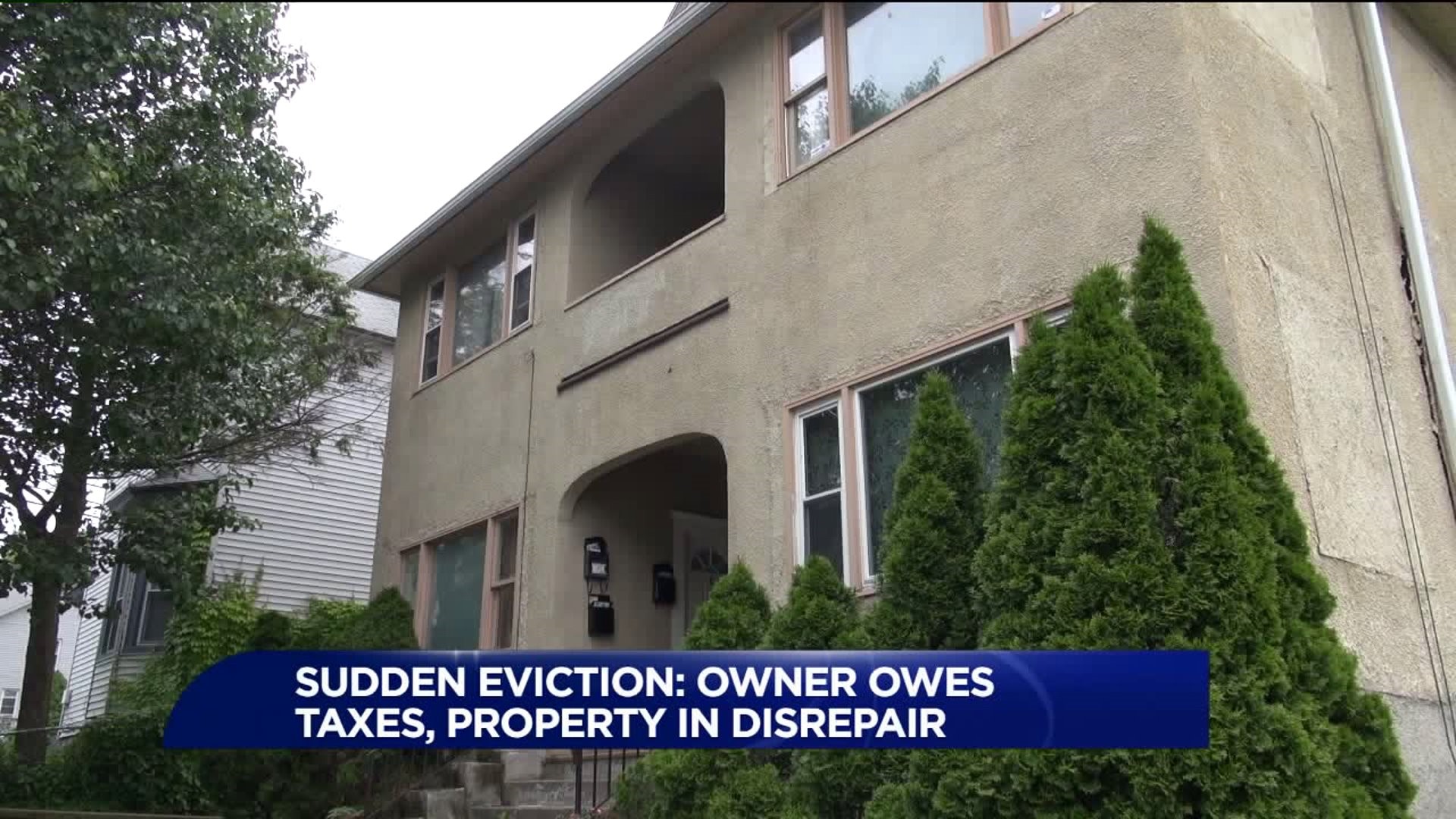 SCRANTON, Pa. -- About 30 people living in an apartment building in Scranton are being evicted and time is running out for them to find a new home. They say they've faithfully paid their rent for years.

Their landlord reportedly owes about $250,000 in back taxes on roughly 20 properties he owns in the city.

The apartment building near the University of Scranton has eight units and city inspectors now say it's unsafe.

"None of us here are being put out on the street because we weren't paying our rent," said one tenant.

Inspectors told tenants on Wednesday they condemned the apartment building on North Irving Avenue in Scranton on April 30.

Records show basement apartments in the building were never approved.

Cracks on outside walls appear to be widening.

People here claim someone took down the condemned signs before renters could even see them, so tenants can stay another 10 days.

"They gave us an extension after seeing there were eight families that were going to be displaced and have nowhere to go," Katie Gawrys said.

The building is owned by PSN Properties of Bronxville, New York.

How many tenants live in those rentals and if they face eviction is unclear.

Two unoccupied buildings owned by PSN -- a building near the University of Scranton and a retail storefront in the city's west side -- are scheduled to be torn down.

Building owner Ken Bond texted one of the tenants claiming his lawyer was going to take care of it. But Bond would not return our calls.

"It's awful," Gawrys said. "Apartments are expensive, people don't have the money. Most of them live paycheck to paycheck, these poor people."

Gawrys says all renters are worried. two are pregnant. Half are children.

One, who doesn't want to show her face, is a mother of six from Iraq, seeking asylum in the United States.

"I can't go to rent house with a security deposit. They need too much money from me."

This mother is scrambling to find a place big enough and affordable enough in 10 days.

"(I'm afraid of) having to stay in the streets. So that's why I'm scared. We don't have somewhere to go."

People here claim the city promised to foot the bill for three days at a motel and pay their first month's rent when they find another place to live.

On Thursday, they say a city official told them there's no money for a motel or a rental deposit.

We checked with the city but haven't heard back.