WILLIAMSPORT, Pa. — There was a big round of applause as Robert Smith was honored at the Genetti Hotel in Williamsport. Smith, along with more than a doze... 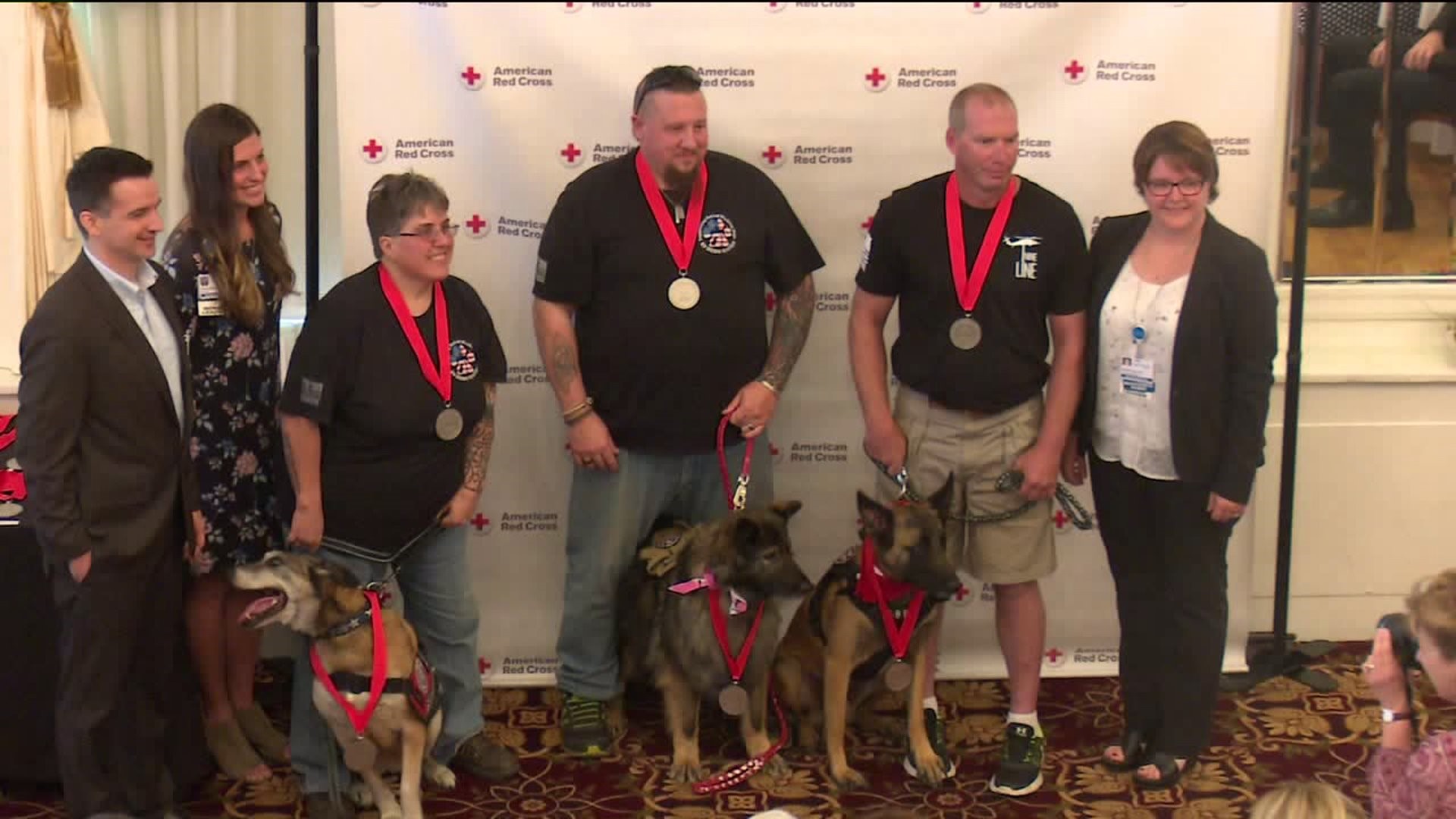 WILLIAMSPORT, Pa. -- There was a big round of applause as Robert Smith was honored at the Genetti Hotel in Williamsport. Smith, along with more than a dozen others, received a hero award from the American Red Cross North Pennsylvania Chapter.

“It was a surprise with all these people here and it was a great event today,” said Robert Smith.

The Red Cross held this ceremony to honor heroes whose efforts have positively affected their surrounding community.

Veteran Richard Donald teaches others about his experience serving in World War II.

“It is difficult to express how honored and grateful I am that people still want to thank us for our sacrifices,” said Donald.

Williamsport Fire Chief Todd Heckman was honored for his heroics earlier this month. When a neighbor’s house was on fire, the off-duty firefighter sprang into action using a ladder to pull a woman to safety.

While some of those honored do not consider themselves heroes, they were grateful that others recognized their actions.

“You are never off duty. I have 33 brothers that work with me and would’ve done the same thing. That is why we are here today. Right person at the right time, that is how I look at it,” added Heckman.

These heroes are looking to go right back into their communities ready to continue making a positive impact.