MONROE COUNTY, Pa. — “Why did it have to be him? He could have left five seconds later, 5 seconds earlier, how did that even happen?” 31-year ... 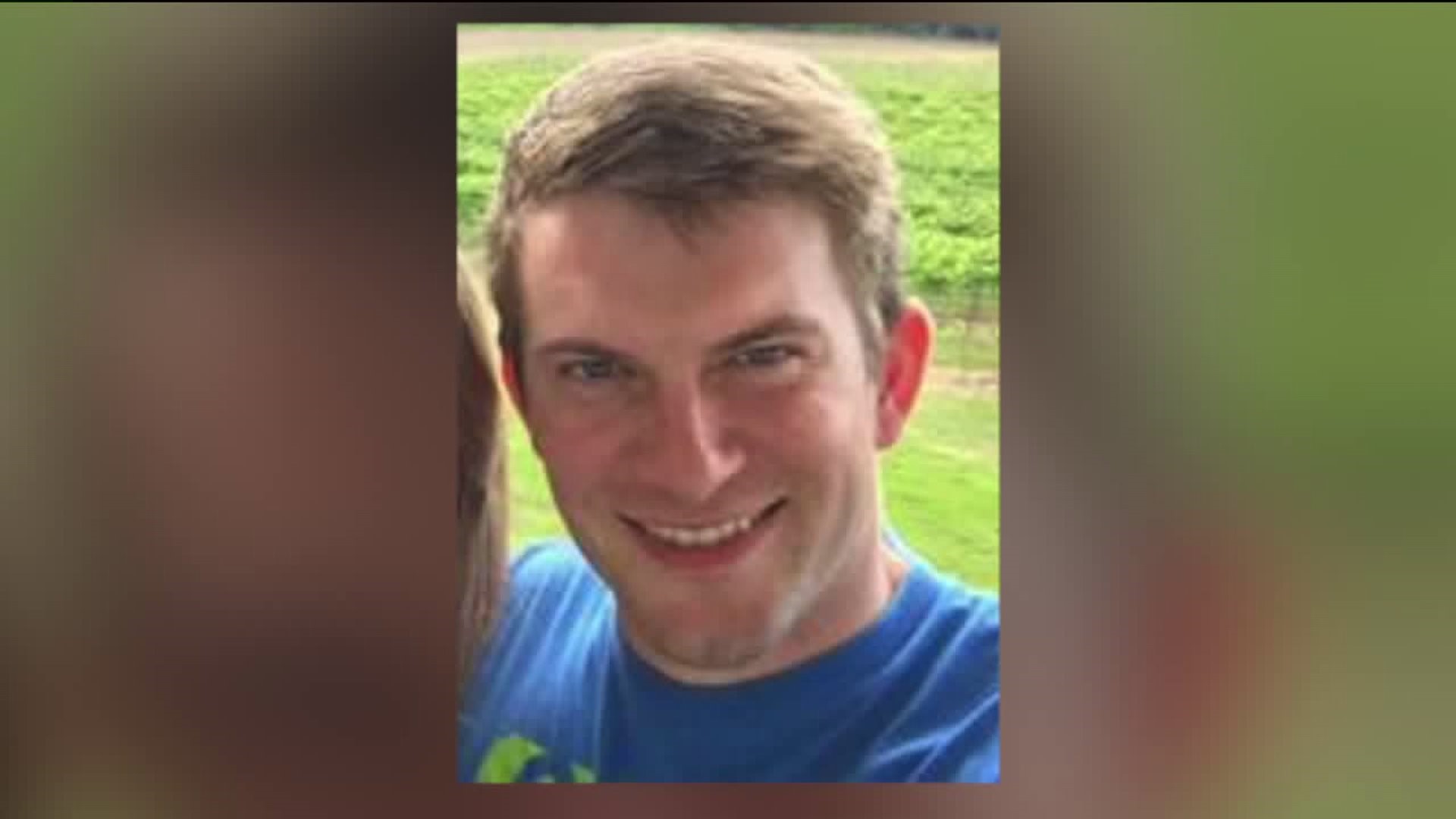 MONROE COUNTY, Pa. -- "Why did it have to be him? He could have left five seconds later, 5 seconds earlier, how did that even happen?"

31-year old Matthew Ryan of Kunkletown was in the prime of his life.

Married and expecting a baby girl, an exciting time took a tragic turn.

Tuesday night, in the midst of a violent storm, a tree fell on Ryan's car near Effort, killing him.

"Heartbroken, I mean across the board. When I go into the elementary school that she's at, everyone is coming up to us and offering their condolences. But everyone is just in shock and they can't understand why it would happen, why to someone who has such a good heart,” said Ashley Langan.

Ryan was an airplane pilot and family members say he was on his way to work in New York when he was killed.

Ashley works with Ryan's widow, Nancy, who is a teacher in the Poconos.

The two are friends.

Langan started a GoFundMe account, an online fundraising page, to raise money for the Ryan family.

"It has been amazing the amount of people who have emailed me, they must be able to get my email address through the GoFundMe account and they've just been emailing me asking if they don't want to do it through GoFundMe, asking me for her address, asking me where she's registered for her baby shower and if they can support her that way,” said Langan.

Langan says nothing can change what has happened; a horrible twist of fate that could have happened to anyone.

But she's glad for all the kindness and support.

"Money is not going to bring him back, of course, but I hope just every penny will lessen that financial burden for Nancy. Anything that's going to help her and her child, that's what's important."