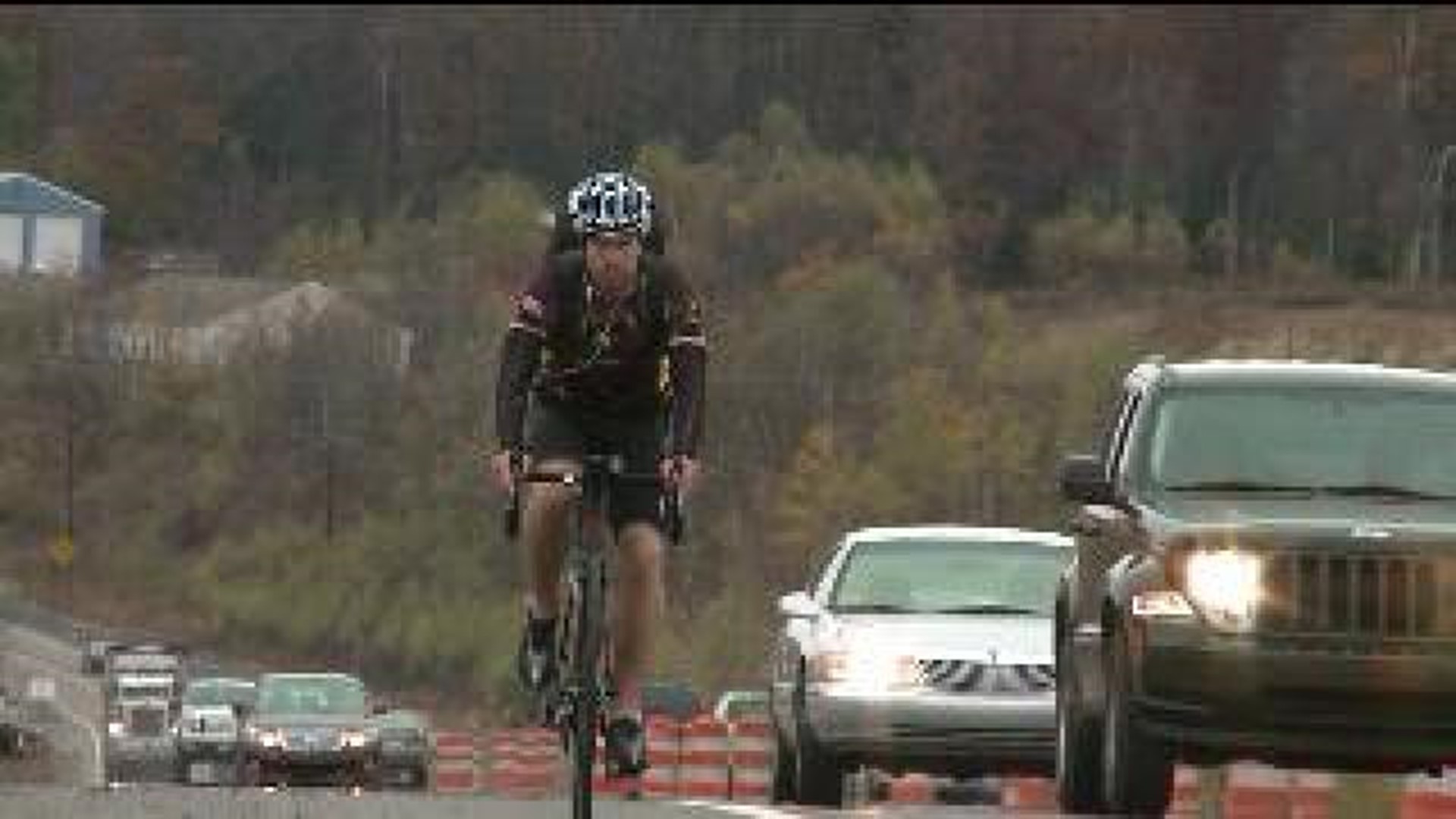 Penn State student Tyler Knabb rides through a section of Luzerne County. He's riding his bike about 900 miles to raise money for research and treatment of childhood cancer. So far, about $3,000 is in the till.

Even for Knabb, an experienced rider, those hills are tough.

"When my legs are hurting and I get cramps, I can say I can get to my destination at night, and a week this will all be done, and kids at the Hershey Medical Center and all over the world can't say that," Knabb said.

Knabb has been emotionally touched by cancer.

"My mom passed away 10 years ago from a rare form of cancer," he said. "And then in August a good friend, he passed away from leukemia."

Student representatives for Penn State's THON program have a goal that is the same as Tyler: to someday stamp out childhood cancer.

"We raise funds every year. We're going to have fundraisers and him riding his bike shows the passion he has about it," said THON organizer Francis Fuentes.

"The fact that he's taking something that he likes to do and using it to help other people, especially the kids with cancer, I think it's a great idea," said Sabrina Krupko.

If you want to donate to THON and Tyler's trip visit http://www.cyclingforthekids.com/