Puppies Rescued From Trash Bag Get A Second Chance

FRANKLIN TOWNSHIP – Veterinarians in Luzerne County gave the go-ahead for the adoption of five puppies, found abandoned in a trash bag and left to die. Voluntee... 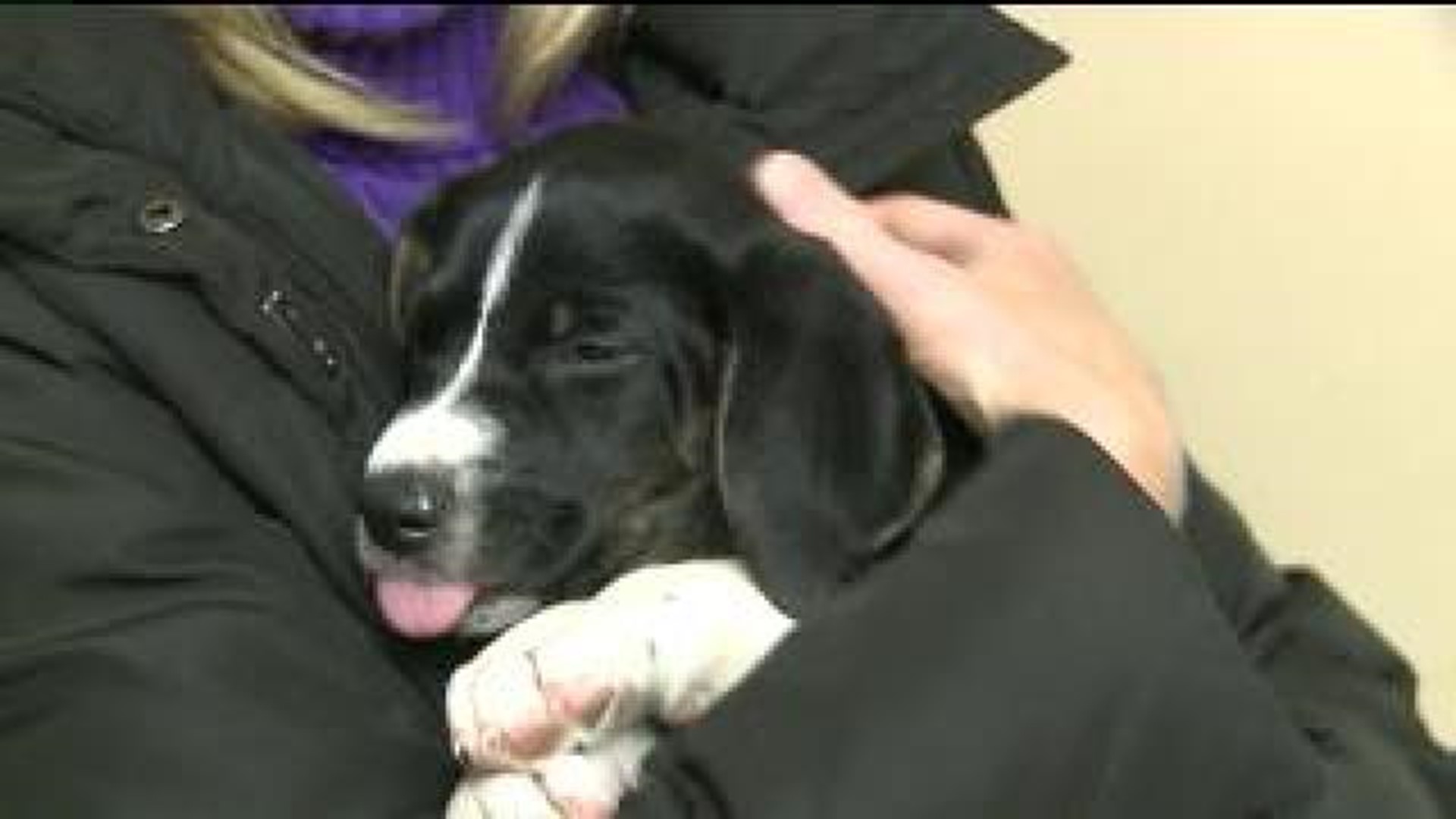 FRANKLIN TOWNSHIP – Veterinarians in Luzerne County gave the go-ahead for the adoption of five puppies, found abandoned in a trash bag and left to die.

Volunteers at Blue Chip Farms Animal Refuge said the coonhound mix pups are in great health, despite a grim outlook two months ago, when the newborn puppies were found stuffed in a trash bag, alongside a rural road near Sweet Valley.

At a reunion on adoption day, Tim Boyle told Newswatch 16 he was able to hear the animals crying for help, because his ear buds kept falling out while he was jogging.

“I’m a believer in faith. I think I was meant to find them,” said Boyle. “That day, we just feared for their lives. We just wanted them to survive. The vet said with the exposure, they may not survive.”

While volunteers cared for four of the newborn puppies at the refuge, Kim Davis fostered one at her home in Plains Township, and has officially adopted “Champ”.

“We were actually a little concerned naming him, because we didn't know if he was going to survive. They were so young and helpless,” said Davis.

Refuge workers told Newswatch 16 that they have been overwhelmed by the donations and new volunteers, offering to help the pups, including Yvonne Eckman.

“Sometimes I swear, they've gotten bigger in the 24 hours that we've come out each time,” said Eckman. “It's amazing that they're doing so well. It's been a miracle.”

Volunteers said the person who abandoned the pups has not come forward.

Click here for more information to offer donations or apply to adopt a pet from Blue Chip Farms Animal Refuge.