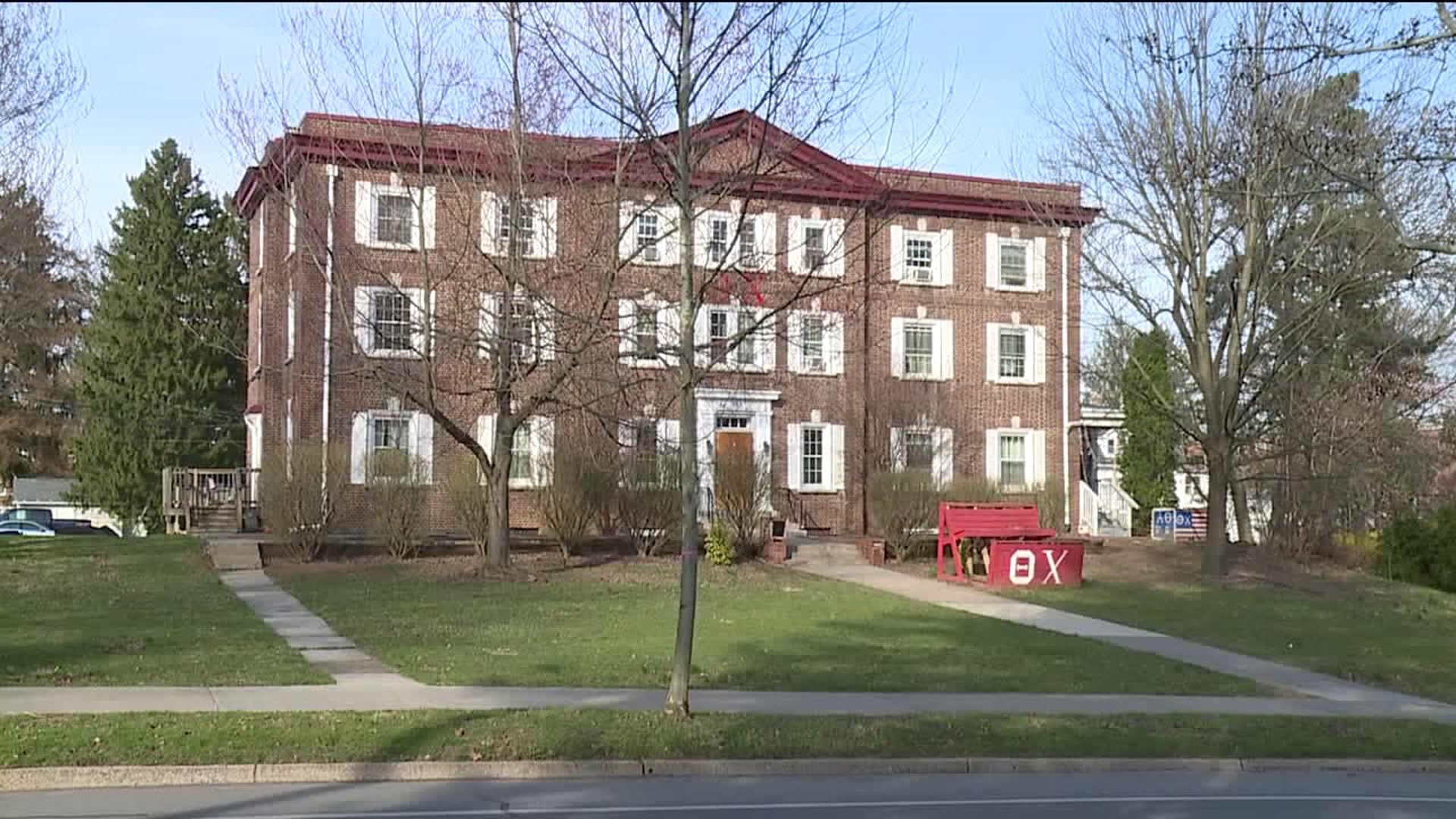 The school did not provide specific details but says while it looks into this the fraternity has lost all privileges including recruitment and participation in university-wide events.

Student say it's yet another black eye for Penn State.

"It's despicable. I mean letting kids get seriously injured just for the sake of having a good time make absolutely no sense to me," said sophomore Aiden Cole.

This comes more than two years after freshman pledge Timothy Piazza died after a night of binge drinking at Beta Theta Pi fraternity in February 2017.

Several fraternity brothers were charged in his death, three of them were just given jail time last week.

Piazza's death prompted the university to make sweeping changes in the greek life on campus.

"We were actually seniors in high school when that happened. So committing to a school and then finding out that's happening, like oh god," said Cole.

"You should not be getting injured or dying when you're going to college," said Jasmine Forsberg, sophomore.

According to the university, 12 greek organizations at Penn State have had their recognition revoked or suspended since 2017.

Some students say this latest incident shows some organizations aren`t getting the message.

"An interim suspension sounds like, I don't know why it's not complete, why isn't it, if somebody's injured, get right of it, what's the point?" said Cole.

Cole White is a member of a frat and says they try to stick to the rules.

"We've all had to go through some mandatory talks with the university to make sure that we`re running things properly," said the Pi Kappa Phi member.

In a statement, Penn State said it has "an intolerance for organizations that pursue activities that are anything but safe and which fail to follow our expectations for their behavior."