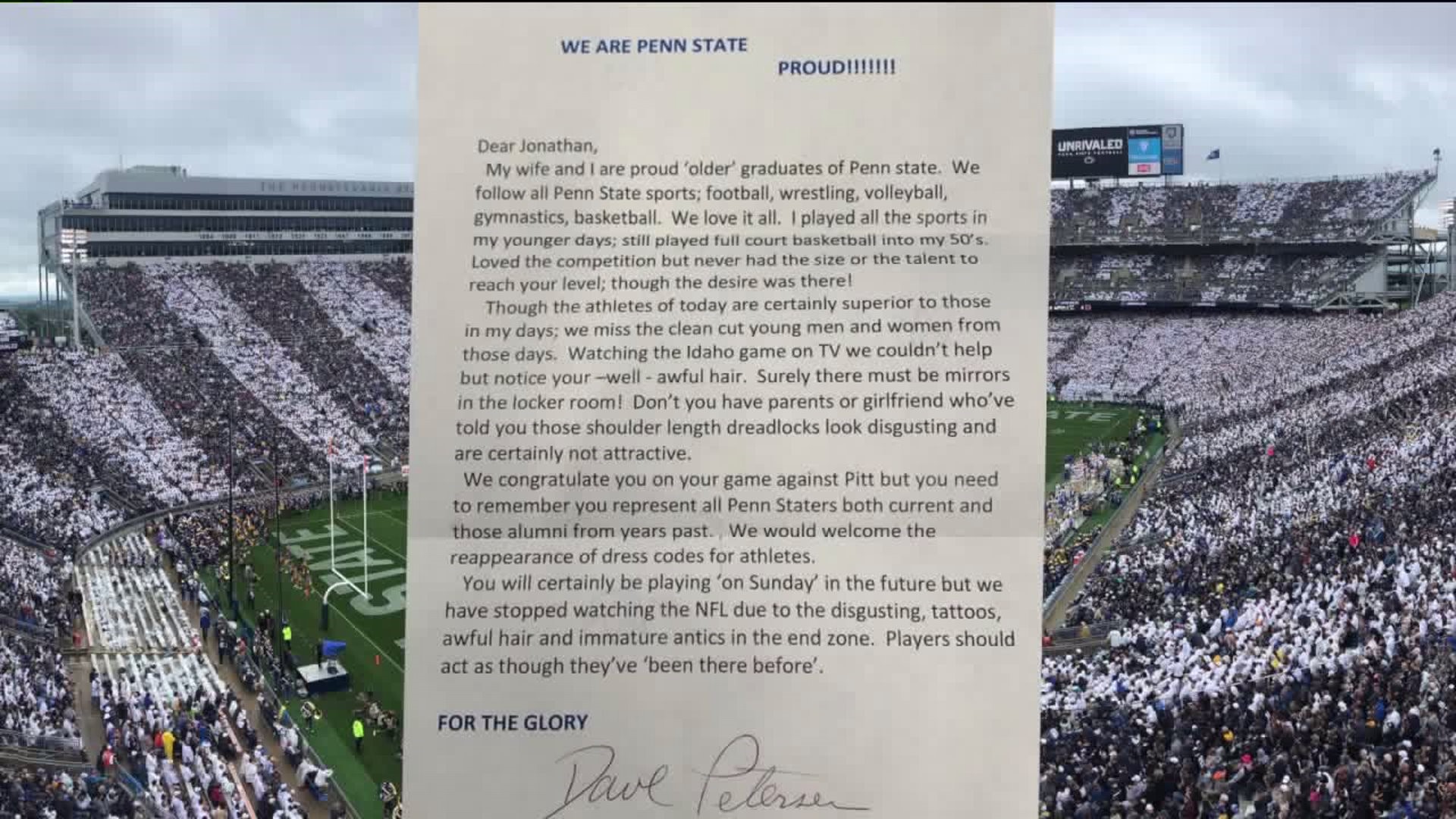 Franklin didn't mention the letter itself but did say the football he loves brings people together.

Penn State has one of the best defenses in college football. The Nittany Lions are allowing 7.4 points per game, the second best mark in the country. They're led in part by junior safety Jonathan Sutherland, who according to Franklin, is one of the more respected players on the team.

"Jonathan Sutherland is one of the most respected players in our program," Franklin said. "He's the ultimate example of what our program is all about. He's a captain. He's a dean's list honor student. He's confident. He's articulate. He's intelligent. He's thoughtful. He's caring and he's committing. He's got two of the most supportive parents, and I would be so blessed if my daughters would marry someone with his character and integrity one day."

But now, Sutherland's name is in the news, not for anything he's done on or off the field, but because of a highly controversial letter he received from a Penn State graduate that many consider to be extremely racist.

The graduate called Sutherland's dreadlocks "disgusting" and added, "you will certainly be playing on Sunday in the future, but we have stopped watching the NFL due to the disgusting tattoos, awful hair and immature antics in the end zone."

Franklin opened his weekly news conference by addressing the letter.

"I've taken no personal offense to it because personally, I must respect you as a person before I respect your opinion. At the end of the day, without an apology needed, I forgive this individual because I'm nowhere close to being perfect."

Sutherland signed off on that statement by saying, "don't be scared to be different."