HARRISBURG — It has been nearly six years since the arrest of child sex offender Jerry Sandusky. One of the men accused of not doing enough to stop him is... 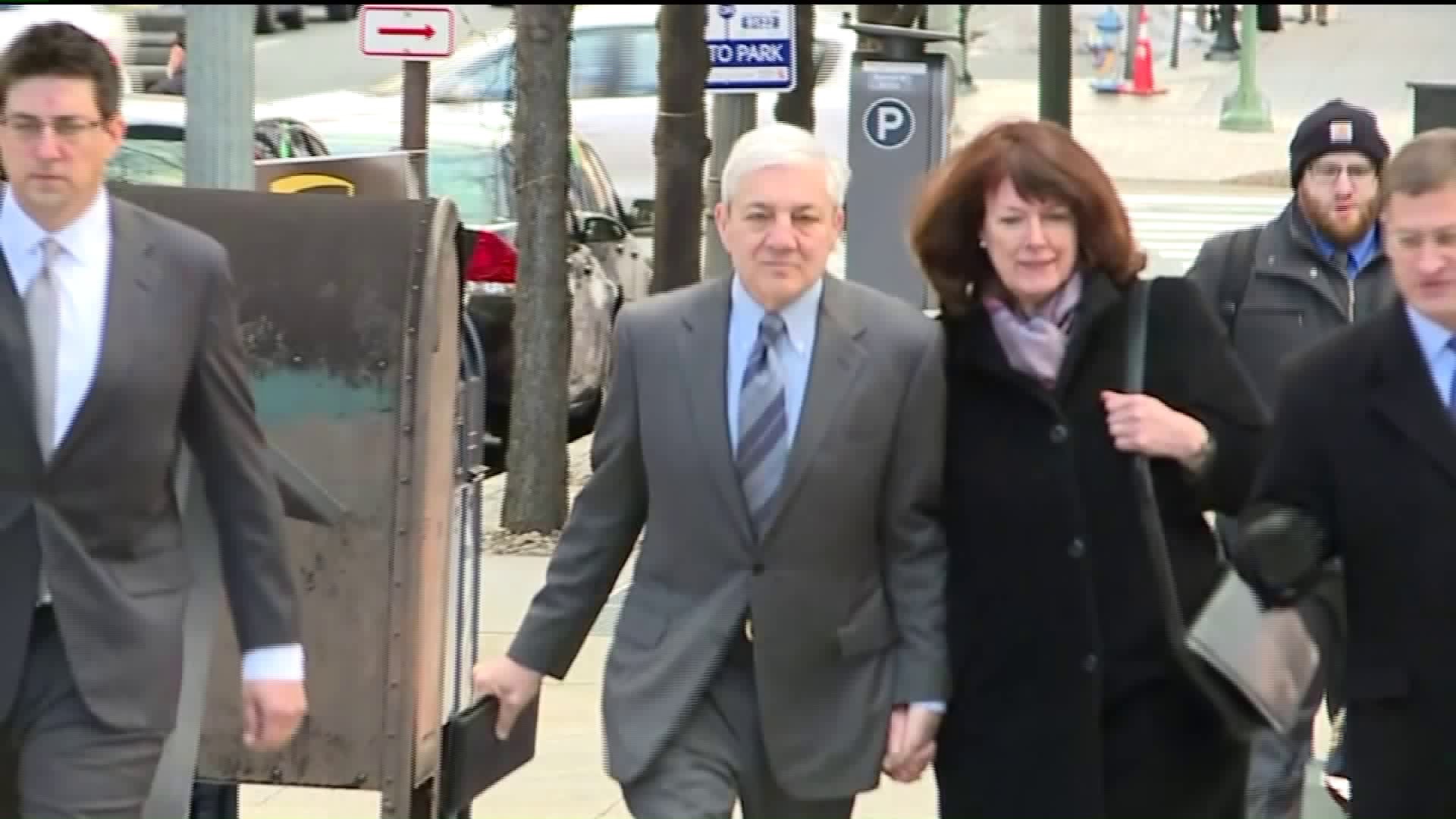 HARRISBURG -- It has been nearly six years since the arrest of child sex offender Jerry Sandusky. One of the men accused of not doing enough to stop him is former Penn State University President Graham Spanier.

Other former Penn State administrators testified against him on Wednesday, along with one of Sandusky's alleged victims. Tim Curley and Gary Schultz, two of the biggest names in this case, testified Wednesday, wrapping up the prosecution's case.

This second day of former Penn State President Graham Spanier began with former athletic director Tim Curley on the stand. Curley answered questions for about an hour and a half. He and Schultz both pleaded guilty last week to a reduced charge of endangering the welfare of children.

"I pleaded guilty because I should have done more," Curley said.

As part of Curley's plea agreement, if he goes to jail, he could serve his sentence at home due to medical issues.

Curley said he, Schultz, and Spanier originally decided to go to the Department of Child Welfare concerning the sexual accusations against Sandusky, but decided against it, agreeing to address Jerry Sandusky himself first.

"We did what we thought was appropriate and acted on it," Curley said.

Even so, many of Curley's answers to the prosecution were, "I don't recall the specific conversation," when asked about details of the case.

Former Penn State vice president Gary Schultz also took the stand. He told the court, as a rule, he kept Graham Spanier in the loop about things, especially the Sandusky incident.

Schultz said in 2001, he, Spanier, and Curley had a meeting about the Sandusky situation. Schultz says Spanier was well aware of what was going on.

Both Schultz and Curley say Jerry Sandusky was banned from bringing children into Penn State athletic facilities, but neither say this was enforced.

A man identified as "John Doe" cried when he told the jury he was sexually assaulted by Sandusky one year after this rule was put in place.

The prosecution in the Graham Spanier trial rested late Wednesday afternoon. The defense is scheduled to call witnesses Thursday morning. There is no word yet if Spanier himself will take the stand.