Proposed Bill to Protect the Unborn with Down Syndrome

HARRISBURG, Pa. — Defending the rights of the those with Down syndrome before birth — that’s what lawmakers proposed at a news conference in H... 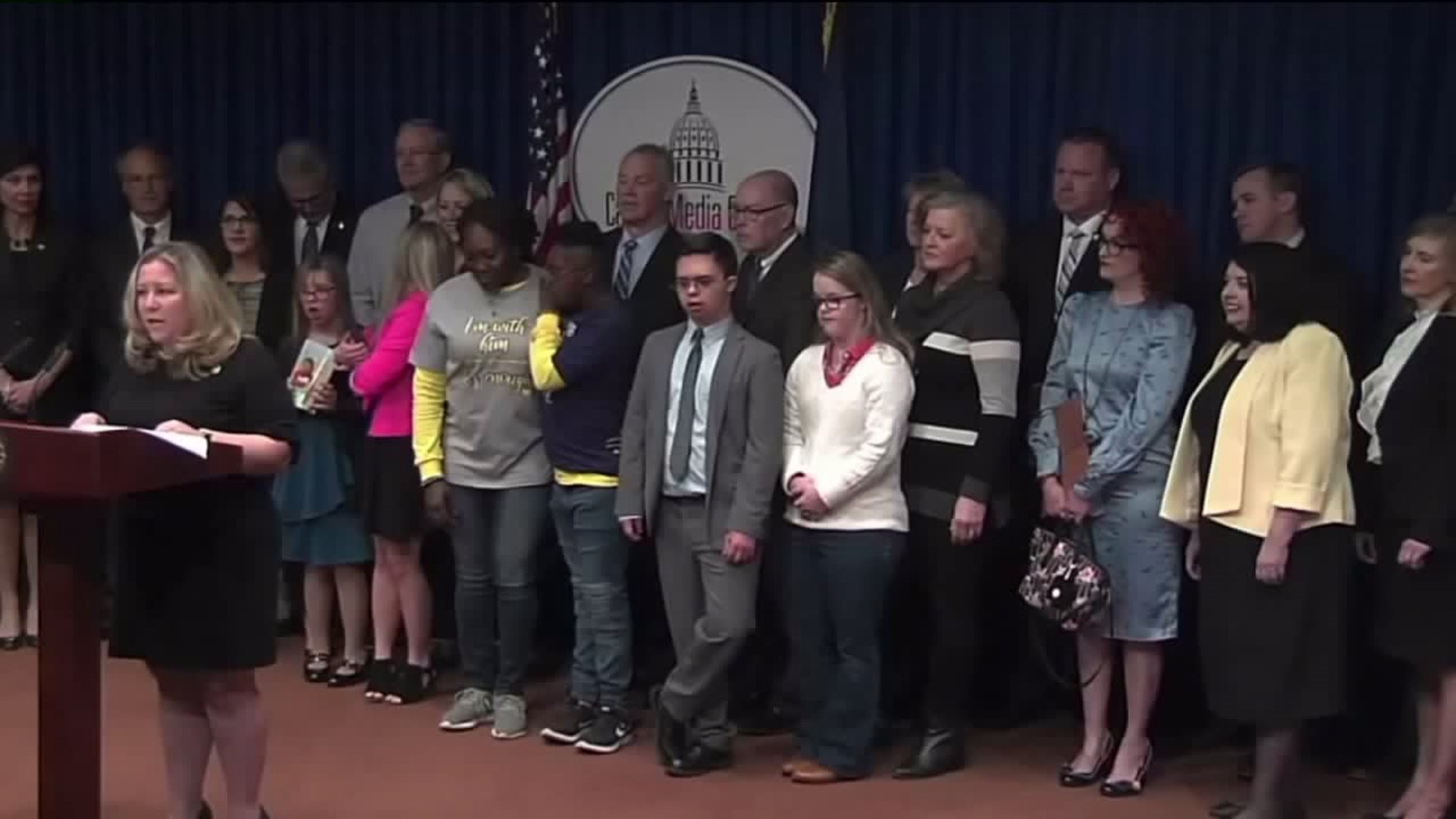 HARRISBURG, Pa. -- Defending the rights of the those with Down syndrome before birth -- that's what lawmakers proposed at a news conference in Harrisburg. They're supporting a bill that would prevent abortions because of a diagnosis of Down syndrome.

Lawmakers proposed this bill one day before World Down Syndrome Day, the day is meant to raise public awareness for people with Down syndrome.

For those at the state House, that means before and after birth.

Those with Down syndrome and their families shared stories at the Capitol in Harrisburg.

Because they were given a chance at life, those with Down syndrome were able to accomplish many things.

Lawmakers unveiled legislation meant to protect the unborn with Down syndrome to give them the same opportunity.

This morning, we introduced House Bill 321, legislation to protect babies with Down Syndrome. Now more than ever, babies born with Down Syndrome have the opportunity to live long, happy and productive lives. #ALifeWorthLiving pic.twitter.com/SW9dAbsv7Y

"We are here today to ensure that everyone human life has dignity and worth, especially those with Down syndrome," said Rep. Kate Klunk, (R) York.

Mikayla Holmgren was the first woman with Down syndrome to compete in any Miss USA state pageant.

"When I was born six weeks early, the doctor said I would never be able to walk or talk, and I proved him wrong," Holmgren said.

Under the current law, a woman can have an abortion up to 24 weeks unless the reason is the sex of the child. Lawmakers are looking to expand that and prevent any abortion because of a prenatal diagnosis of Down syndrome.

"We need to make sure that we protect these individuals who have been diagnosed with Down syndrome from not being aborted, to not be able to have existence, to not be able to enjoy life like every other person who is born," said Rep. Mike Turzai, (R) Allegheny County.

But not all are on board with this proposed new law.

Jennifer Gilson of Dallas says even though her son has autism, she is still pro-choice.

"It is a woman's choice. I think she should have the ability to decide whether to terminate a pregnancy or not," Gilson said.

"People with Down syndrome can and do lead full lives. This bill is yet another unconstitutional attempt to ban safe and legal abortion in Pennsylvania."

At Pennsylvanians for Human Life in Scranton, Helen Gohsler believes a diagnosis of Down syndrome should not be a death sentence.

"A child in the womb is just like any other child, and it has the right to life. Simply because it has a disability, it should be aborted? No way," Gohsler said.

Lawmakers have proposed a similar bill in the last legislative session, but it was never brought to a final vote.