ASYLUM TOWNSHIP — A construction site in Bradford County is the future home of the Panda Liberty Generating Station. It will be the first new power plant ... 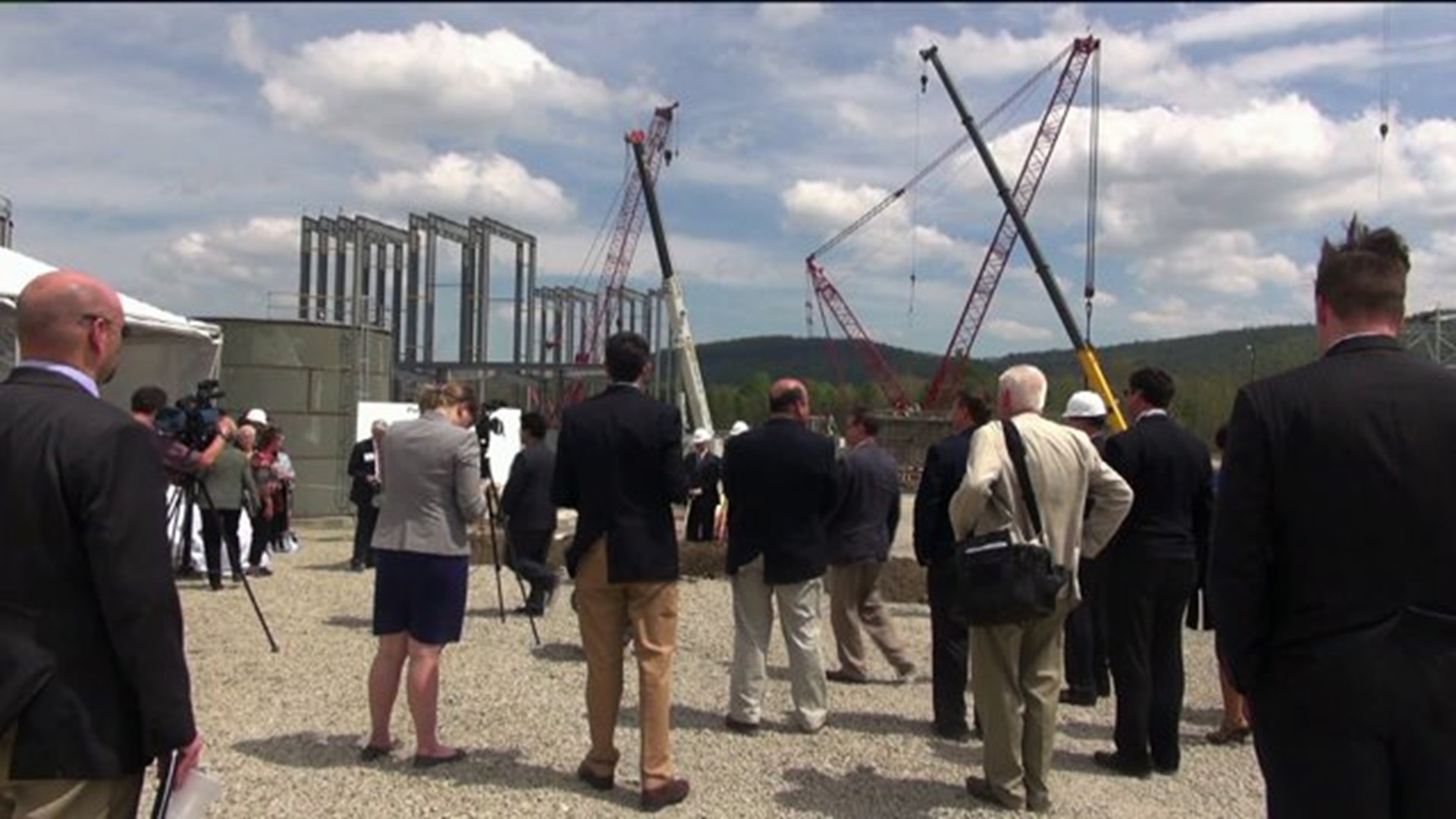 ASYLUM TOWNSHIP -- A construction site in Bradford County is the future home of the Panda Liberty Generating Station.

It will be the first new power plant in Pennsylvania to convert natural gas from Marcellus Shale drilling into electricity.

Power plant officials said the plant near Towanda will provide electricity to one million homes.

Not only will this power plant produce a lot of energy, but it will also bring many jobs to the area. There are currently 500 construction jobs, and many of those workers live in Bradford County.

"We always want to hire local people, that's important to us. To the extent that if we could hire everybody here locally, we would do so," said Todd Carter from Panda Power Funds.

"To me, it's about jobs, stability and economics in the state, and it's fantastic," said Barry Nicholls from Siemens Energy Inc.

However, not everyone is on board. People who live on Route 187 in Asylum Township can see the construction from their front door. One resident believes the plant might diminish the beauty of Bradford County.

"It's kind of a wait and see attitude for me. We've got a lot of information coming in that would indicate that it's not going to be very noisy," said Robert Watkins from Asylum Township.

But officials said you'll barely notice a change when the plant opens in April of 2016.

"When you look around here, it's beautiful. You're standing within eyesight of about 20 different wells and you can't even see them," said Bradford County Commissioner Doug McLinko.

There is also a similar project in Lycoming county. That power plant is expected to open a few months after the Panda Liberty Generating Station.