DELAWARE WATER GAP — You may have seen #takeonpocono pop up in your social media feeds. Now the popular hashtag and the people behind the idea have won a ... 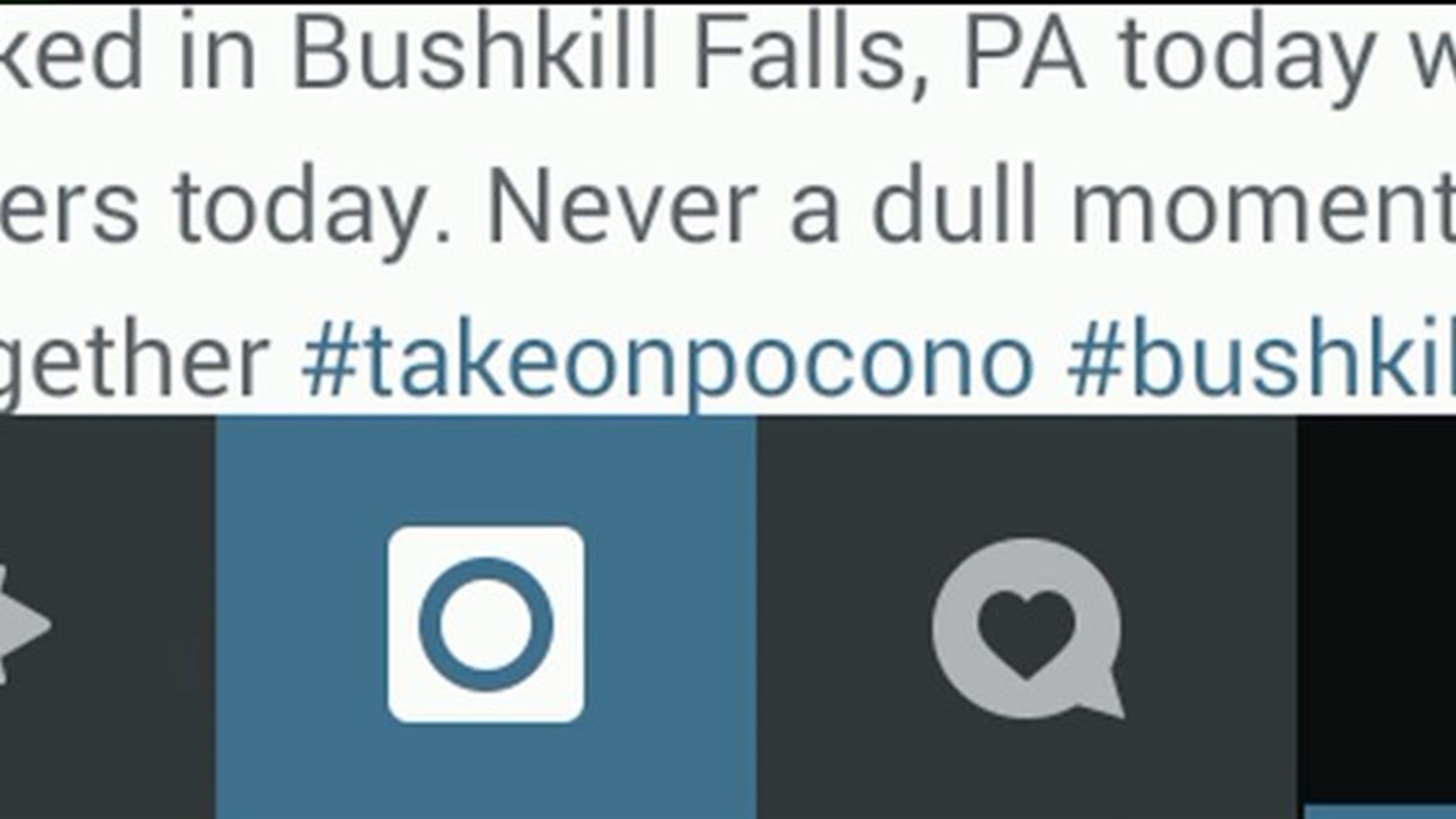 DELAWARE WATER GAP -- You may have seen #takeonpocono pop up in your social media feeds.

Now the popular hashtag and the people behind the idea have won a national award.

The Pocono Mountains Visitors Bureau teamed up with the National Park Service to get people to snap photos and then share them with the hashtag online. The idea took off and now these two groups have gained some national attention.

The National Park Service and the Pocono Mountains Visitors Bureau were presented the Beacon award from the American Recreation Coalition recognizing just how the campaign has taken off.

"This fits in with our directors challenge to all the parks to bring the parks to the people by using social media," said Delaware Water Gap National Recreation Area Superintendent John Donahue.

Each week the posts on the social media site Instagram are up for awards. Hashtaggers can win Pocono Mountains prizes, a canvas of their photo and even tickets for events around town.

The number of scenic photos being snapped and then being hashtagged #takeonpocono have reached nearly 11,000, providing new opportunities to visitors in the area.

"I think it's good. I have so many people who message me after I post my pictures, like 'Where is that?' like 'How can I find that? Take us there,'" said Susan Hartman of Harmony, New Jersey.

Hartman and her children visit the Delaware Water Gap often and she snaps photos off every visit. With the help of the hashtag, others can find these picturesque places and enjoy them, too.

"Now when you're coming here and you're already sharing, it's now that you're tagging it #takeonpocono, you're sharing that experience with a whole community," said David West, Pocono Mountains Visitors Bureau.

Troy Smith says he'll be sharing photos from his canoe trip down the Delaware and is excited to encourage others to search for the beauty along these river banks.

"It gets more visitors into the Delaware and gets people outside and still using social media but away from it," Smith said.

This campaign has also helped drive about 20 percent more traffic to the visitors bureau website, all signs that #takeonpocono has really caught on.