POCONO TOWNSHIP, Pa. — There are concerns in the Poconos after thousands of pounds of plastic pellets were dumped into waterways. State police say Saturda... 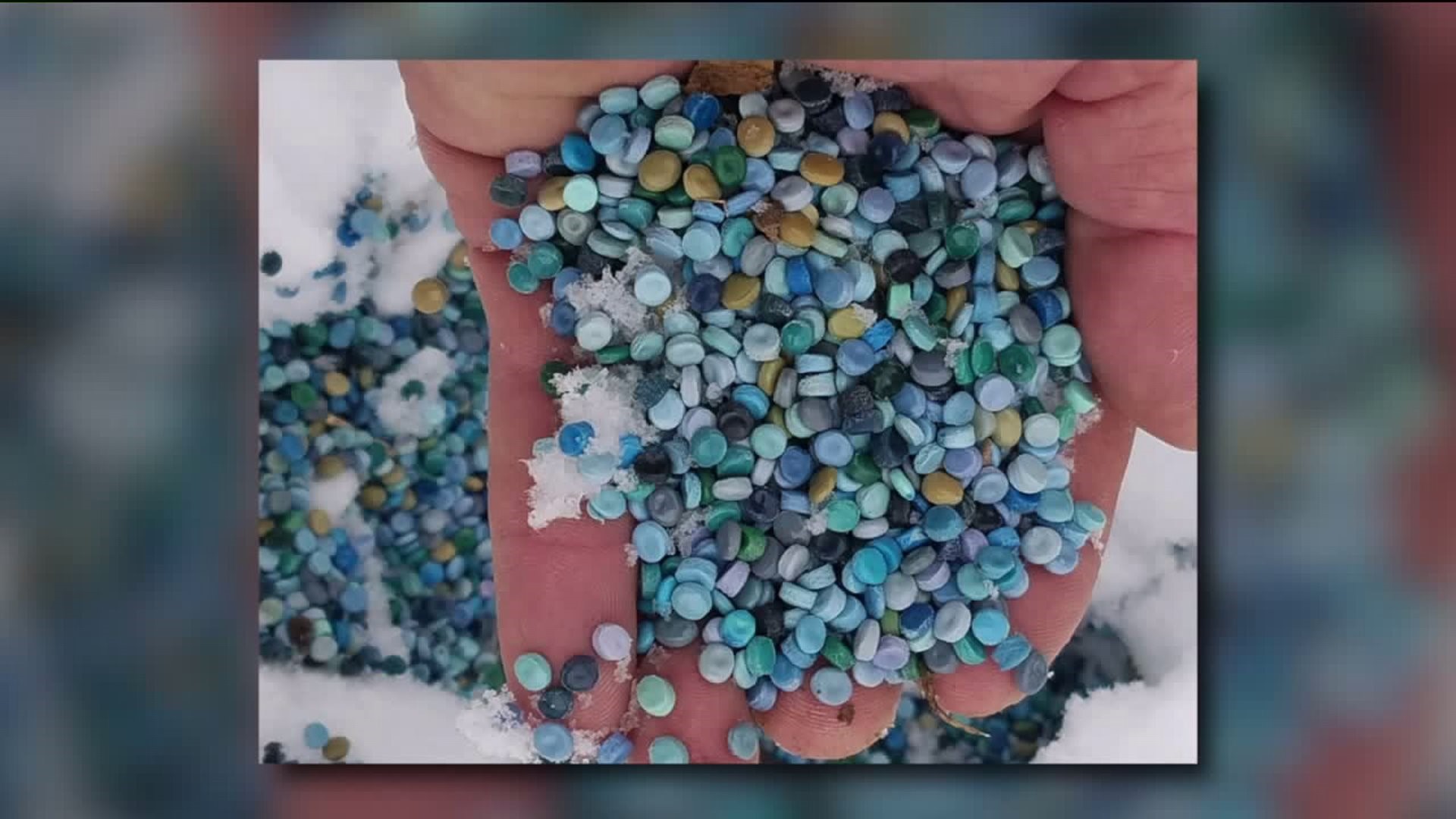 POCONO TOWNSHIP, Pa. -- There are concerns in the Poconos after thousands of pounds of plastic pellets were dumped into waterways.

One of those rigs went down the embankment, and according to an investigator, dumped 43,000 pounds of recycled plastic pellets into nearby Sand Spring Run.

"I actually got up Easter morning like I normally do, and I went out for a walk, decided I was going to take a look at a spot I was going to go fishing, and lo and behold, discovered the mess,” said a man named Allen from Stroudsburg who did not want to give his last name.

According to the Fish and Boat Commission, the plastic is nontoxic.

Officials say the pellets were dumped into Sand Spring Run, which feeds into Pocono Creek, then McMichael creek, Brodhead Creek, and eventually the Delaware River.

Those officials also say there is about 25,000 pounds of plastic they can't locate.

Newswatch 16 spoke with that angler, who did not want to give his name.

"It's bad because now is when the fish are the most hungry and looks like they're going to be waiting a lot of these plastic beads thinking they might be insects or eggs."

Officials with the Fish and Boat Commission say they are going to keep a close watch on the fish and bird populations in the coming days and weeks to make sure there are not any kills. They say if the fish or birds eat too many, their systems could get blocked up and they could starve and die.

“It has some implications, some serious implications, I'm sure. Not in the short term but probably in the long term, I would think,” said Allen.

Fish and Boat officials say the driver of the rig will be fined for pollution and the truck company will be made to pay for the cost of cleanup.