PLAINS TOWNSHIP — “Drink a lot of booze!” That was the secret Pauline Spagnola of Plains Township shared with Newswatch 16  during her 100th birthday part... 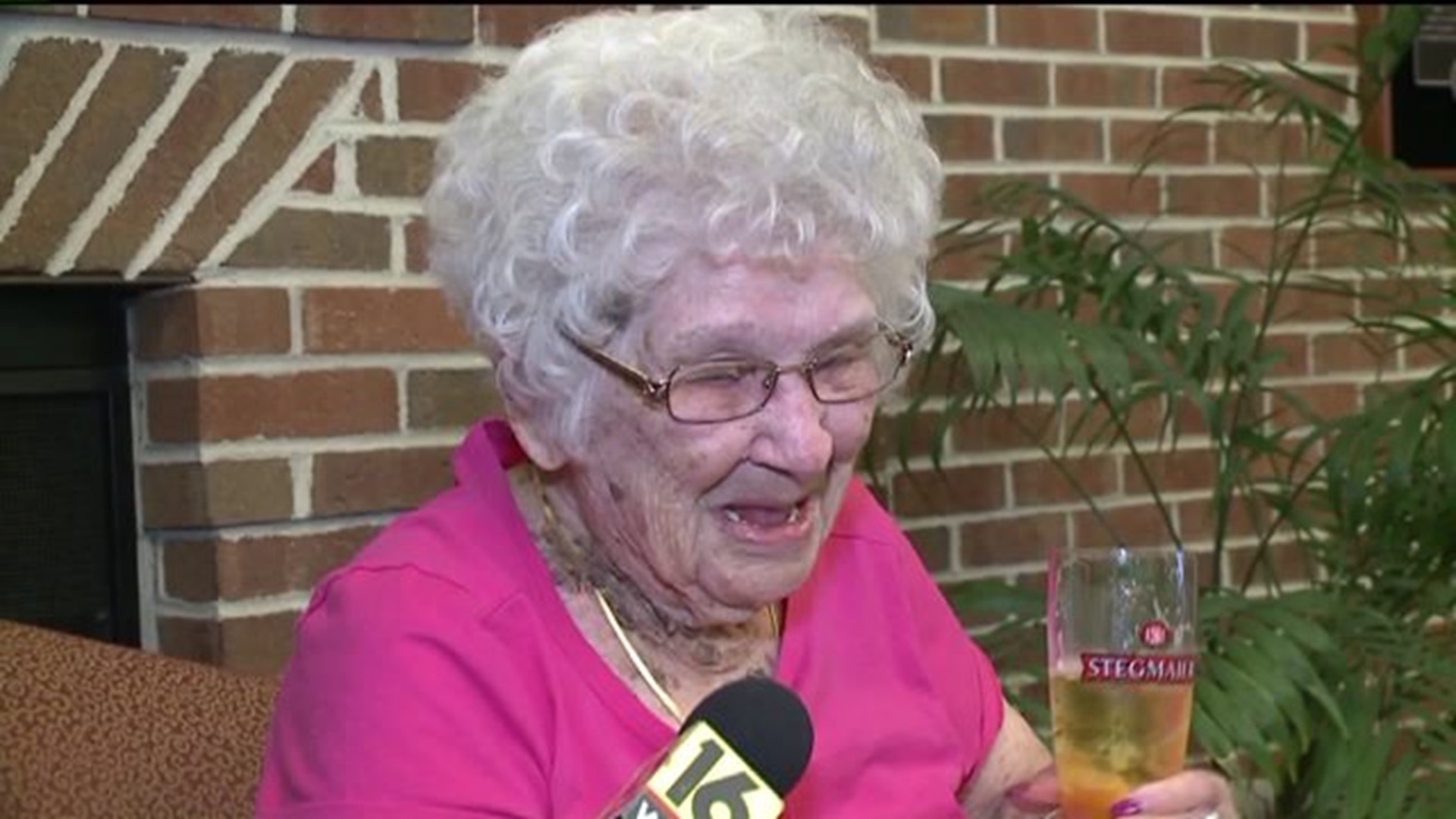 PLAINS TOWNSHIP -- “Drink a lot of booze!” That was the secret Pauline Spagnola of Plains Township shared with Newswatch 16  during her 100th birthday party. The video quickly went viral, making Pauline an international sensation. But even though her big day was two weeks ago, the party hasn't stopped.

Pauline said her drink of choice is a local favorite-- the gold medal Stegmaier beer brewed right at the Lion Brewery in Wilkes-Barre. So now the company surprised her with a case of that brew, as well as its summer beer and a case of root beer.

Pauline says she guzzles down a couple a day.

“I have one at noon, one in the evening, one going to bed-- put me to sleep!” Pauline said, laughing.

“As long as there's no restrictions with medication or any type of dependency issues, there's nothing wrong with having a beer here or there,” Taylor said.

“Oh, anything they buy me—I drink it,” Pauline said.

Pauline also remembers the first time she sipped a Stegmaier, when she was just a teenager.

“Sure I had to sneak it! My parents wouldn't allow me to drink at 14!” Pauline said.

Pauline isn't going to finish all this beer herself. She plans to share her beer with friends.