Chad Salsman, when he was a private attorney, would force female clients to have sex with him, some at his office in Towanda. 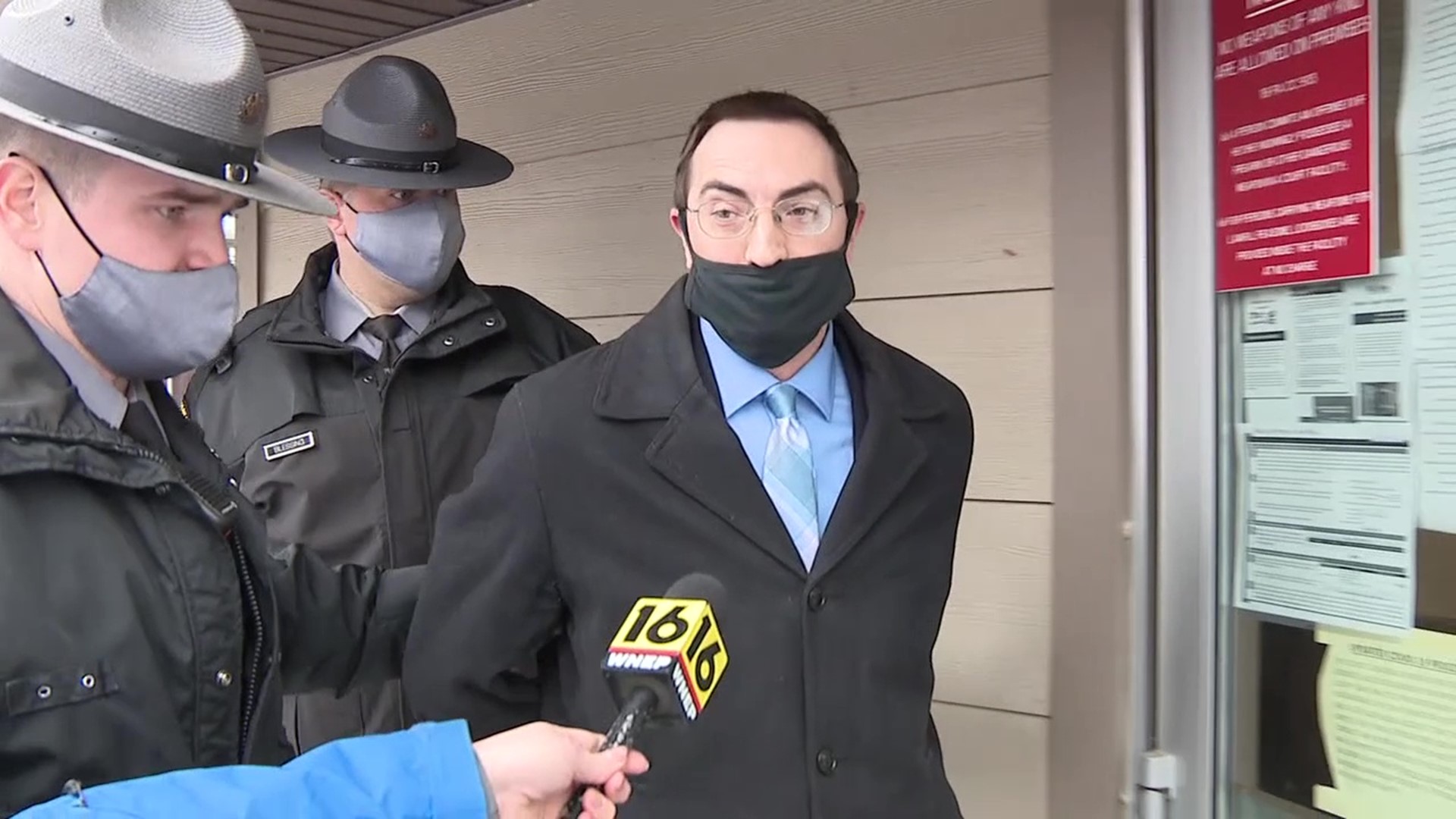 TOWANDA, Pa. — The Bradford County District Attorney is facing more than a dozen charges, including sexual assault, prostitution, and intimidation.

The Pennsylvania Attorney General said D.A. Chad Salsman, when he was a private attorney, would force female clients to have sex with him, some at his office on Park Street in Towanda.

“Us women, we have to protect ourselves, and when you have things like this happening, you really don't know who to turn to,” said Linda Vargason of Le Raysville.

He would pressure them into having sex in exchange for legal fees.

The attorney general says he would threaten to ruin their lives if they told anyone about it.

The Abuse and Rape Crisis Center that serves Bradford County posted a long message on its Facebook page about being appalled by the reported acts Salsman is accused of.

Amy Miller is the executive director.

“So, there's tools of power and control that are used by abusers to get the victim to do what they want to do and keeps the abuse a secret,” said Miller.

The attorney general says the abuse happened before Salsman took the office of District Attorney.

Still, people are fed up with hearing about someone using their power to victimize people.

“All I can say is I applaud the attorney general to keep going after people abusing power. I think it's rampant throughout the state and the whole country,” said Gerry Sarnosky of Wysox.

Salsman was given $500,000 bail and taken to the Bradford County Prison.

The prison says he has since been released.