Penn State Under the Lights

BEAVER STADIUM — As the sun goes down and the sky begins to turn black, the intensity inside Beaver Stadium revs up. And as the packed house howls deep in... 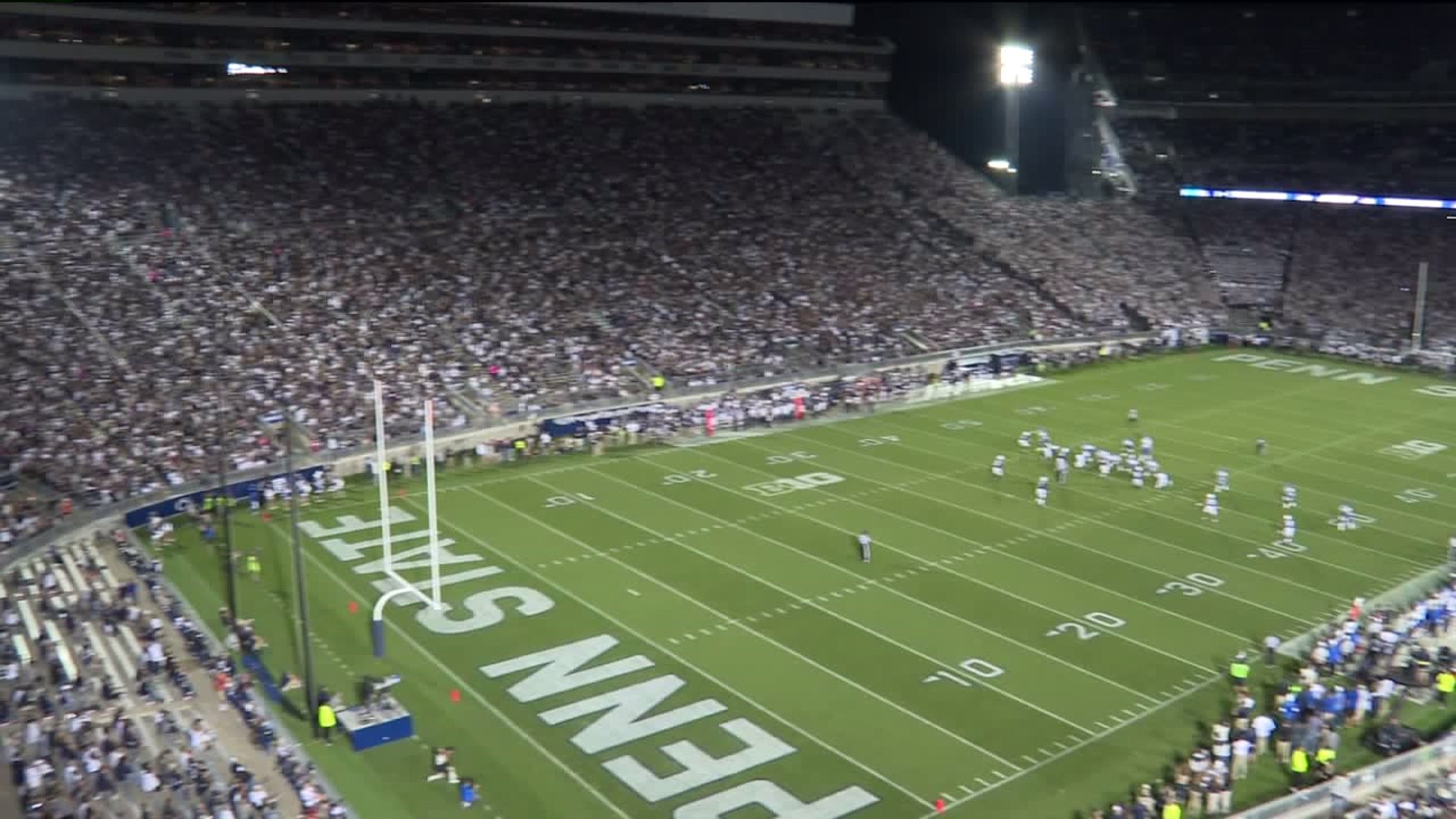 BEAVER STADIUM -- As the sun goes down and the sky begins to turn black, the intensity inside Beaver Stadium revs up. And as the packed house howls deep into the night, games under the lights in Happy Valley are a spectacle.

It's loud, it's rowdy, and it's one of the best atmospheres in college football.

Nittany Nation packs the house every night. According to NCAA attendance figures, Penn State has ranked second and third in the country in total home attendance the past two years and no worse than seventh going back to 2003, the last available records online.

Since 2014, Penn State has averaged more than 102,000 fans per game and in that five-year window, more than 3.5 million people have walked through the gates.

In a sea of blue and white, there are thousands of fans who make the trek from northeastern and central Pennsylvania.

"It is the best atmosphere in college football. You cannot miss this camaraderie of the fans and the excitement that everybody brings to the game," said Howard Rosencrance from Shickshinny.

Can you imagine scoring a touchdown in front of that crowd? Sophomore wide receiver Jahan Dotson knows all about that. He scored two on Saturday.

"It's definitely pretty cool to score in Beaver Stadium in front of all these fans from the student population and all the guys who are on the field. It was pretty cool."

Another crowd of more than 100,000 is expected on hand Saturday as Penn State hosts in-state rival Pitt.