NORTH MANHEIM TOWNSHIP, Pa. — Some students on Penn State’s branch campus near Schuylkill Haven have spanned the globe helping other communities. No... 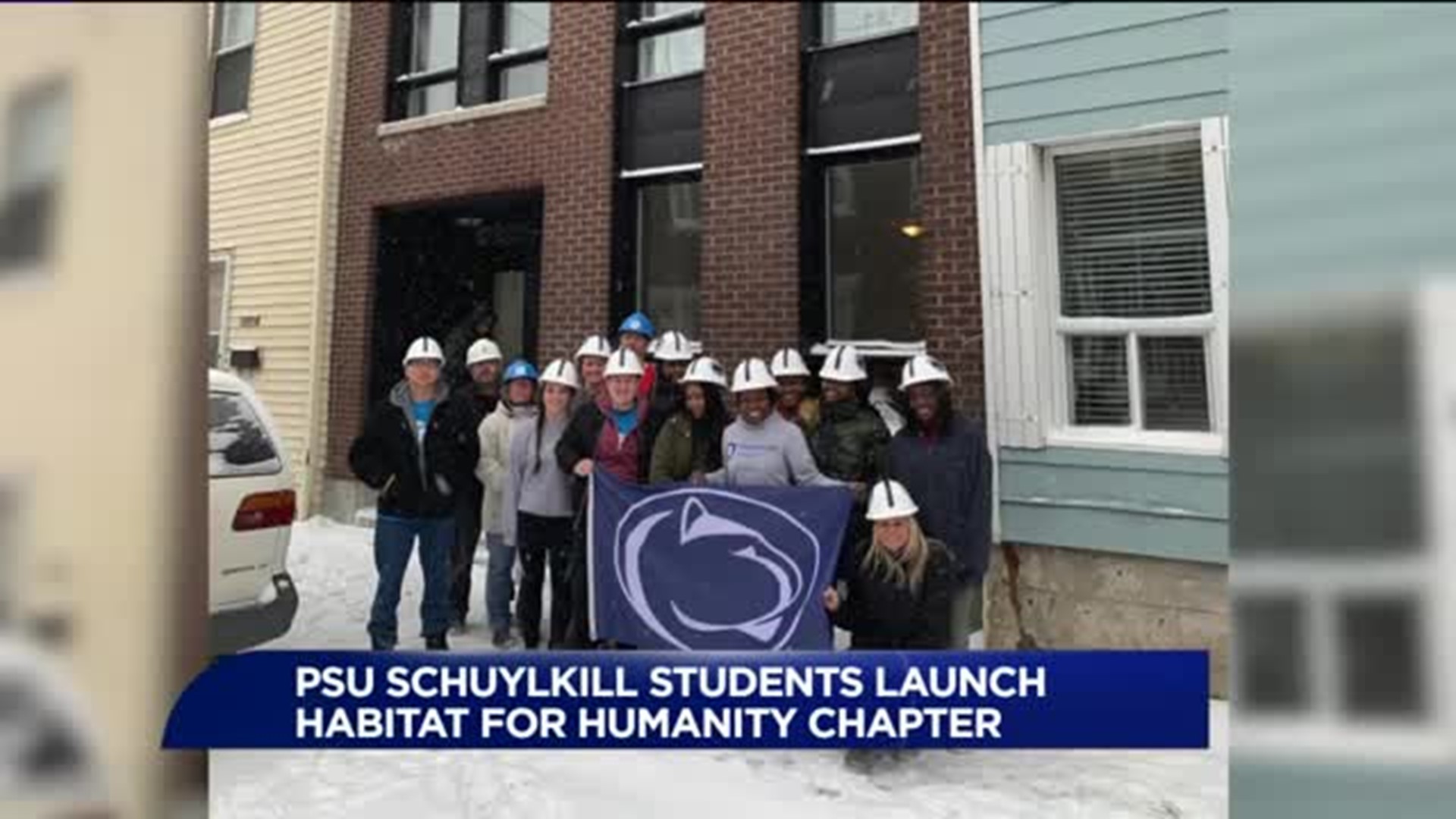 NORTH MANHEIM TOWNSHIP, Pa. -- Some students on Penn State's branch campus near Schuylkill Haven have spanned the globe helping other communities. Now, they want to give back to the area where they attend school.

The trademark blue stripe on a helmet is part of a brand that's known nationwide and is synonymous with the Penn State football team, but that stripe is also prevalent on a different piece of protective headgear.

"We've been pretty active in Habitat for Humanity. We've taken trips to Florida, Canada, Portugal. We're planning one for Poland this summer, so we've been doing a lot and have had a big impact on other areas, but we kind of wanted to bring it home and have an impact here, too," said Marla Stoner, president of Habitat for Humanity chapter.

Last month, some Penn State Schuylkill students got together and formed their own Habitat for Humanity chapter. Penn State's only other chapter is on the main campus in Centre County.

"It feels good. It's definitely something I've always wanted to do, to help people," said member Vrha Patel.

"Honestly, it's very moving. As a freshman on this campus, it's really nice to be able to get involved with something really profound," added member Adam Moyer.

While many of the members of this new branch have helped out other communities worldwide, some members grew up in Schuylkill County. They realize that in doing this, they can give back to their hometowns.

"There's higher levels of poverty around here than a lot of people may know, and if we're able to start giving back through our Habitat for Humanity chapter, that'd be great for the community," said Eric Thompson, a chapter member from Orwigsburg.

Students add they were moved by other organizations on campus that were also invested in improving communities and making a difference in the world.