Paws for a Cause

CANAAN TOWNSHIP, Pa. — Tracker, Kodiak, and Tucker — these three German Shepherds are treated like any other dogs, only for them, playtime is mostly... 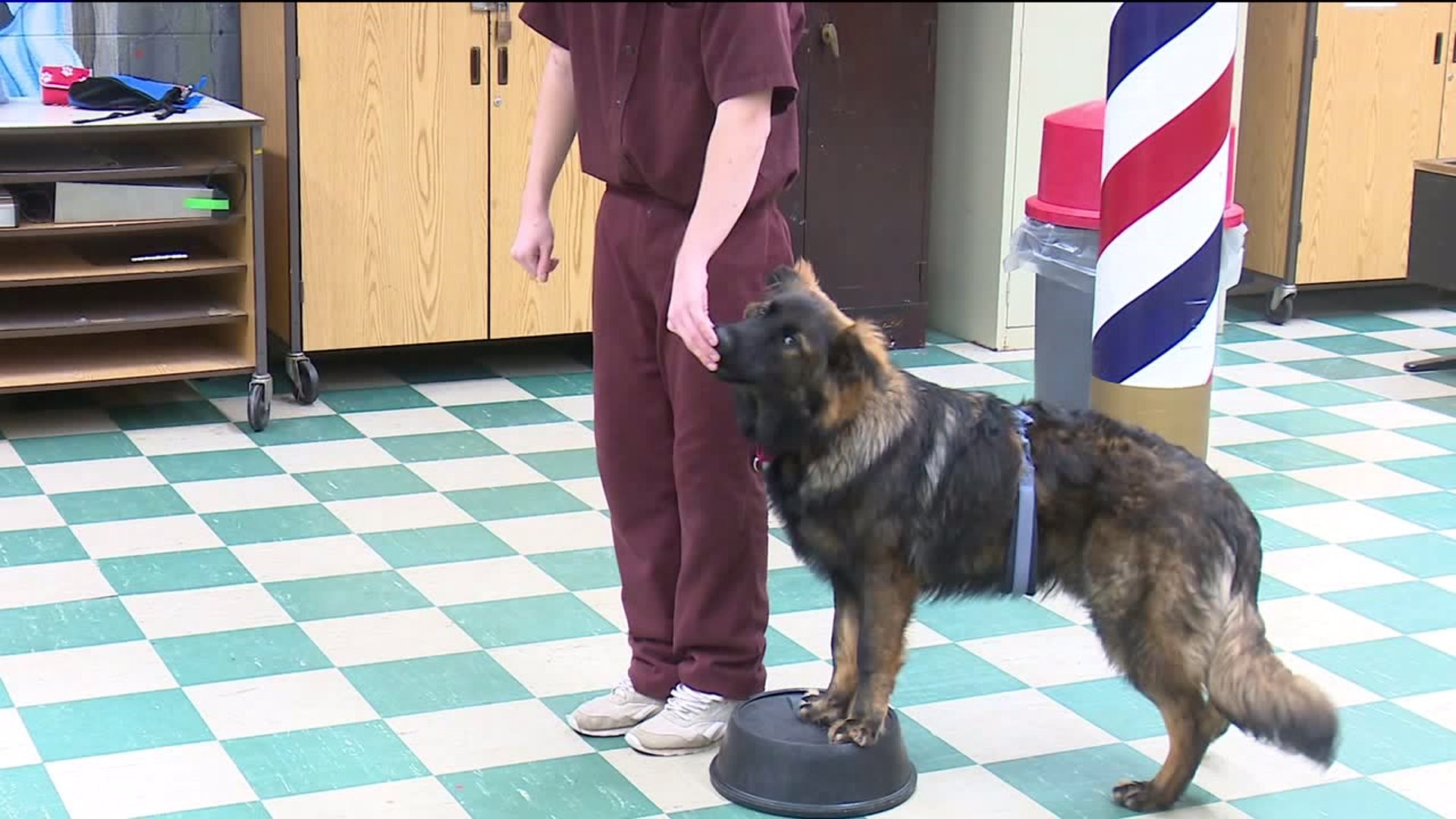 CANAAN TOWNSHIP, Pa. -- Tracker, Kodiak, and Tucker -- these three German Shepherds are treated like any other dogs, only for them, playtime is mostly behind the walls of a state prison, and their handlers are inmates.

It’s all part of the 'Paws for a Cause' program at SCI Waymart.

“I just want to change how I am and help change other people’s lives, and I think this a great way to do it,” said an inmate.

Since November, six inmates have been working with the three dogs, training them to become service dogs for veterans.

“You are helping someone really in need I think is the coolest part. You are surprised of what a dog could do. I didn’t know a lot of the stuff. I am learning, and to see the results is awesome,” added the inmate.

Kodiak and his handler demonstrated some of the skills they're working on, from retrieving an item to creating space for a veteran in a crowded setting.

“To basically help them get through a normal day because it is harder for people who have PTSD or autism and to train a dog to do these things is really cool,” the inmate told Newswatch 16.

Prison officials say Tracker, Kodiak, and Tucker could be finished with the program in the late fall being one step closer to helping a veteran.