People were told to stay inside their homes during a gas leak caused by a crash in Bradford County. 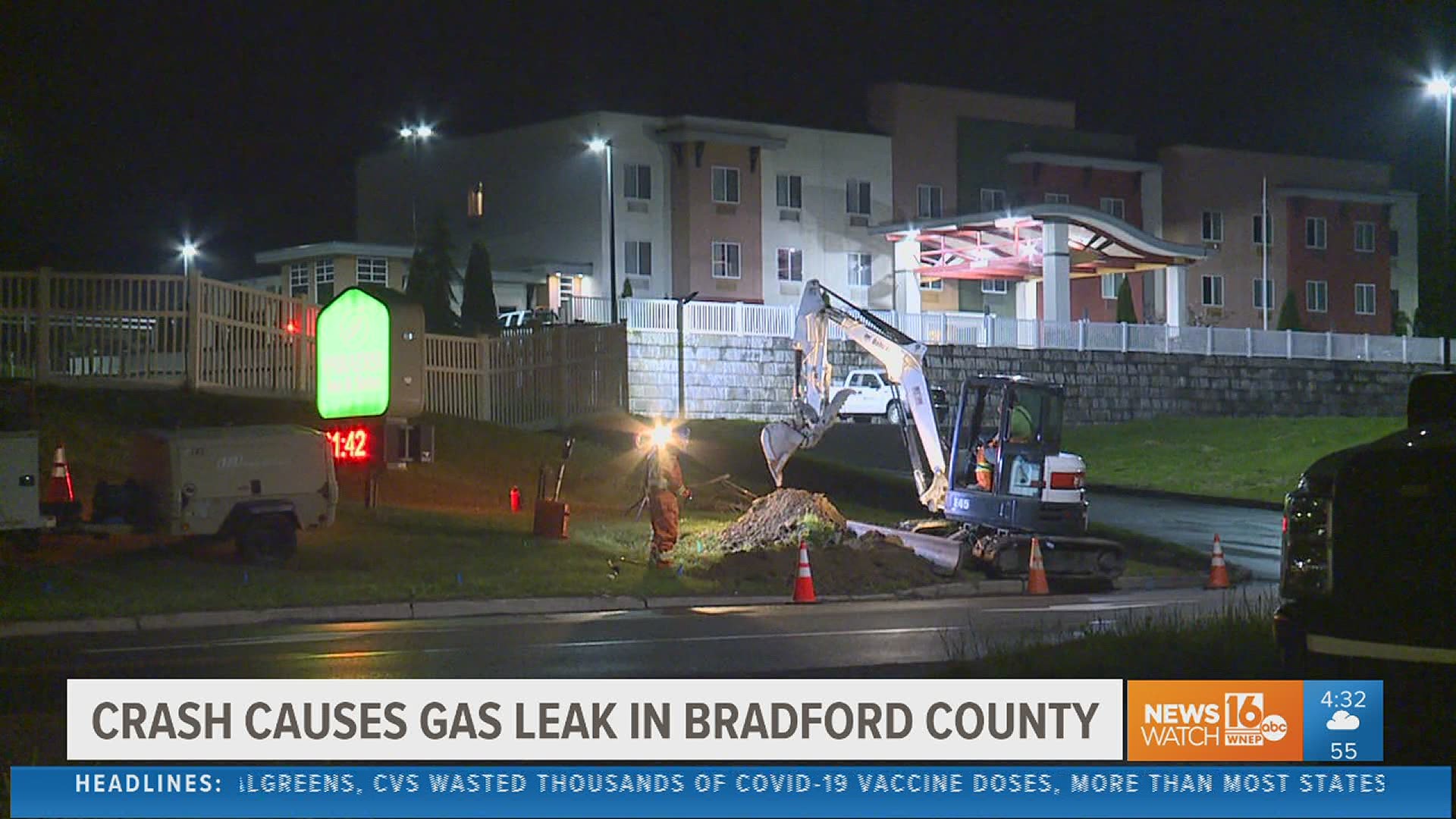 Police tell Newswatch a car hit a gas line on Peace Lane outside of Towanda around 10:30 Monday night.

Routes 6 and 220 were shut down for about three hours while crews worked on the leak, and people in the area were told to stay inside.

The roads are open Thursday morning.

Authorities in Bradford County have not said what caused the crash or if anyone was hurt.