SCRANTON, Pa. — Snowboarder Mike Minor won gold and bronze in this winter’s Paralympic games. From the mountains of South Korea, he has returned hom... 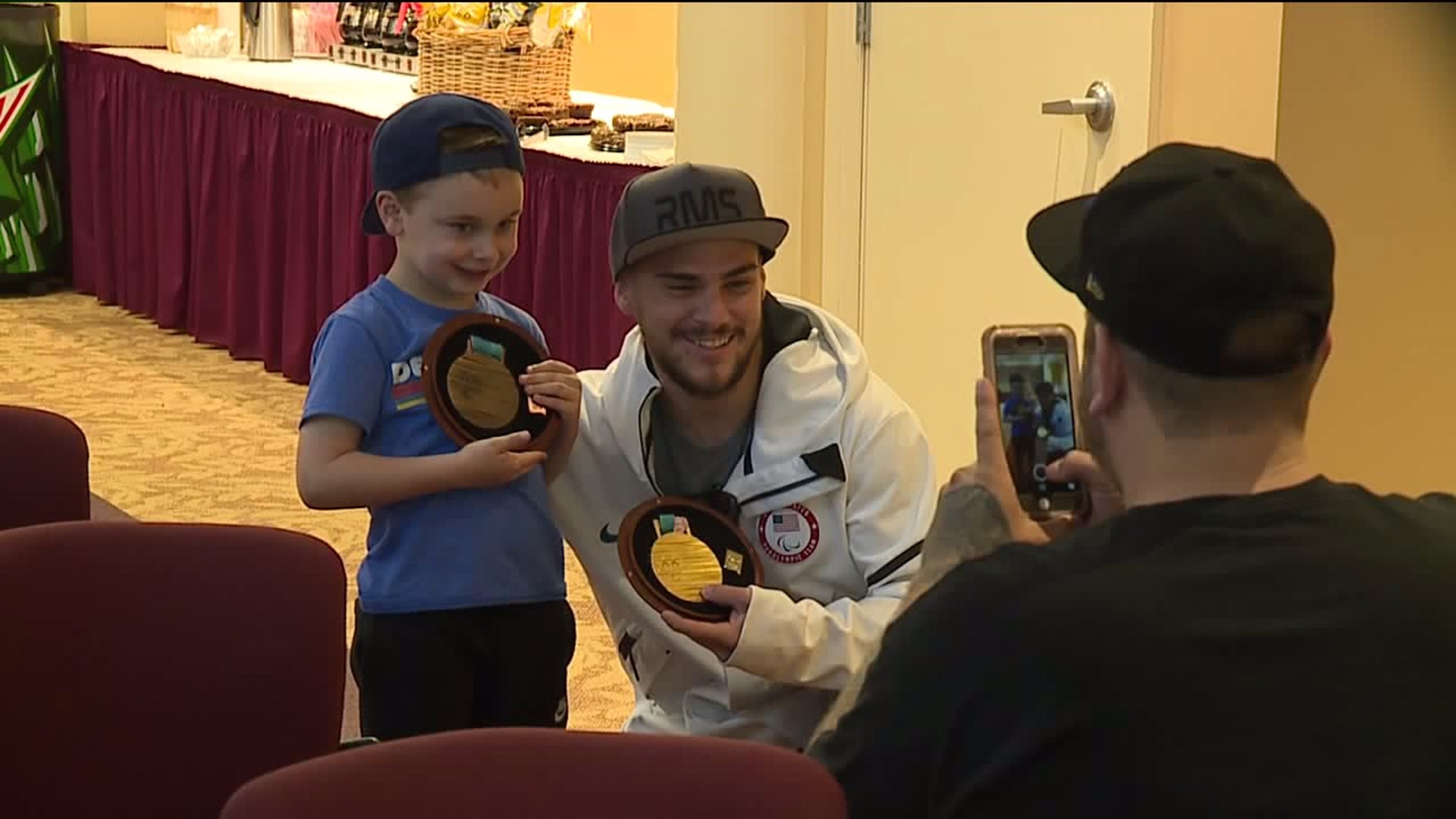 From the mountains of South Korea, he has returned home to northeastern Pennsylvania where he spoke to a crowd at Allied Services in Scranton.

"It's awesome to be able to show people you can reach for anything you want," said Minor.

Minor is a native of Waymart, Wayne County. Born without a right arm, he came to Allied Services as a little boy. In fact, he was on an Allied billboard. It was there that his mom says he learned to tie his shoes, use scissors, even ride a bike.

"I remember when Mike was born, I thought immediately, 'How is he going to crawl? How is he going to learn to walk and do the things that a typical child will do?’ Don't ever allow your child to give up. Always be the wind beneath their wings and encourage them and let them follow their dreams,” said Kim Minor, Mike’s mother.

Minor's journey has inspired many of all ages and all abilities.

“I think the gold one is cool,” said Urijah Rosengrant, 5, of Scott Township of the medals on display.

"It was uplifting to see success at the highest level and athletic stage and someone who has achieved despite a disability,” said Jim Brogna of Allied Services.

Max Malec, 11, has spina bifida. He cannot move the lower half of his body, but that has not stopped him from competing in all kinds of sports, especially his beloved football.

Do not ever quit. That is Minor's message.

Minor is 27 years old. He says his goal is to compete in three more Olympic games.