ORLANDO, Fla. — Looking around the lots outside Camping World Stadium in Orlando, Florida, you wouldn’t think it was 1,000 miles away from Beaver St... 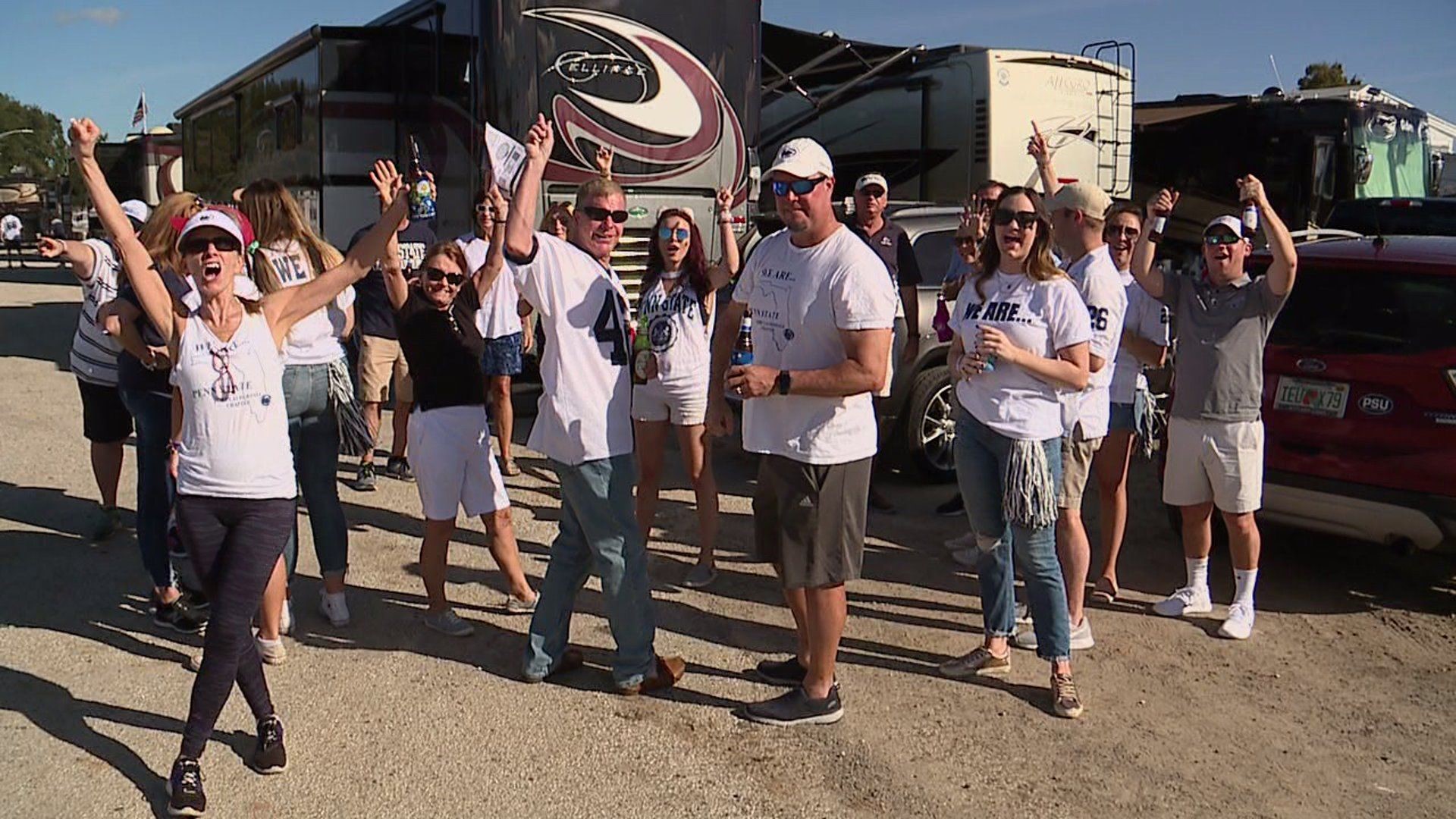 ORLANDO, Fla. -- Looking around the lots outside Camping World Stadium in Orlando, Florida, you wouldn't think it was 1,000 miles away from Beaver Stadium.

The tailgate traditions Penn State is known for certainly made the trip south along with the fans.

And everywhere we went, we found fans from northeastern and central Pennsylvania.

"We got the RV. The whole family is along. We got the crew with us, friends from college. It's a good time," said Ben Amerman of Northumberland.

The Ammermans drove their RV from Northumberland.

Larksville as in the home of Penn State starting center Connor McGovern. And his support crew of McGovernville was well represented.

"This is family friends, support. It's everything. It's God. It's country. It's the whole thing," said Lou Yanora, Connor McGovern's godfather.

"I know it's raining back home, so we're enjoying the sunshine and the game," said Tara Ammerman of Northumberland.

There are reminders of wintertime in Pennsylvania all around, including the Donati family tailgate. They came from Lackawanna County, and they even had the dogs geared up.

"This is my RV, yes. We go to every game. We're big fans. The crowd is wonderful," said Lorraine Donati of Roaring Brook Township.

All this sunshine sure is different from the tailgate season at Penn State where rain caused all kinds of problems.

"There's no mud anyway. They pulled us in and out of the lots with tow trucks back in Happy Valley, not here. In the grass, sunshine, and having a great time," said Ron Donati of Roaring Brook Township.

Fans were grilling in the sunshine, playing catch in the heat, and showing those Kentucky fans how Penn State gets game ready.

"It's absolutely wonderful. It's a gorgeous day. I'm with family and friends. You can't beat it," said Jerry Simon of Taylor.

In the end, Penn State came up short to the Wildcats, losing 27-24.