It was a big night at the track Tuesday in Luzerne County where the ponies are running once again at Mohegan Sun at Pocono Downs. Many at the track are hoping f... 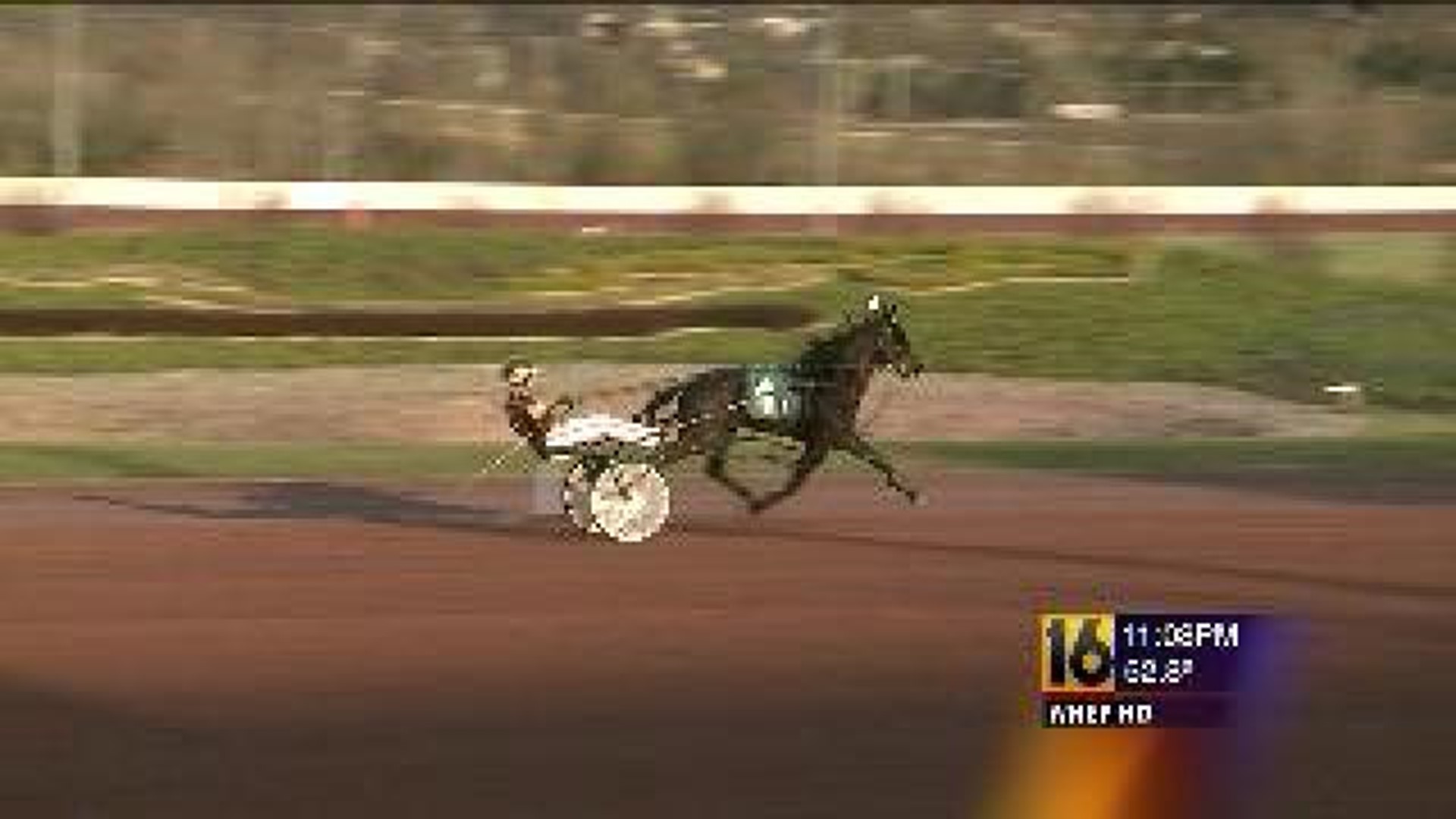 It was a big night at the track Tuesday in Luzerne County where the ponies are running once again at Mohegan Sun at Pocono Downs.

Many at the track are hoping for a good season, especially this year, since Governor Tom Corbett is proposing to divert funding away from the horse racing industry to make his state budget.

With the sound of the bell, the ponies were off for another season of racing at Mohegan Sun at Pocono Downs.

Racing fans packed the tracks for opening day of harness racing season to try their hand at lady luck.

“Make some money,” said Sue Harris of Harveys Lake. “Can't win at the tables so you might as well try the horses, right?”

“It`s great to have it here, people love it, that's why you see a lot people here,” said Rich Harris of Harveys Lake. “It's pretty nice and maybe win some money.”

It's not just the spectators who are hoping to draw some lucky cash.

Inside the paddock, winning is on everyone's mind.

Horse owner Christopher Walsh of Wilkes-Barre just bought seven-year-old Smashing Review a few weeks ago and can't wait to see what he can do on the track.

“It's very exciting, opening night,” said Walsh “There should be a nice buzz up here for everybody and it's something I've been looking forward to.”

With the hustle and bustle back, employees at the track say it's a great feeling.

“It is a dead area around here in the winter time. I live here year round so it gets kind of depressing and when you see the faces start coming back, it really starts getting your blood pumping,” said Luann Reynolds, paddock judge.

Having a good vibe is important to the industry which has struggled to survive.

The track got a big financial boost pairing up with the Mohegan Sun casino, but now Governor Tom Corbett wants to transfer millions of state dollars away from the industry to make his budget.

Vice President of Racing Operations Dale Rapson said that would reduce the size of prize money, known as purses.

Live racing will be held at Mohegan Sun at Pocono Downs every Tuesday, Wednesday, Friday and Saturday through November.