One Dead in Luzerne County Shooting

PLYMOUTH-One person is dead, two others critically injured after an early morning shooting in Plymouth. Late Sunday afternoon, police charged one of the shootin... 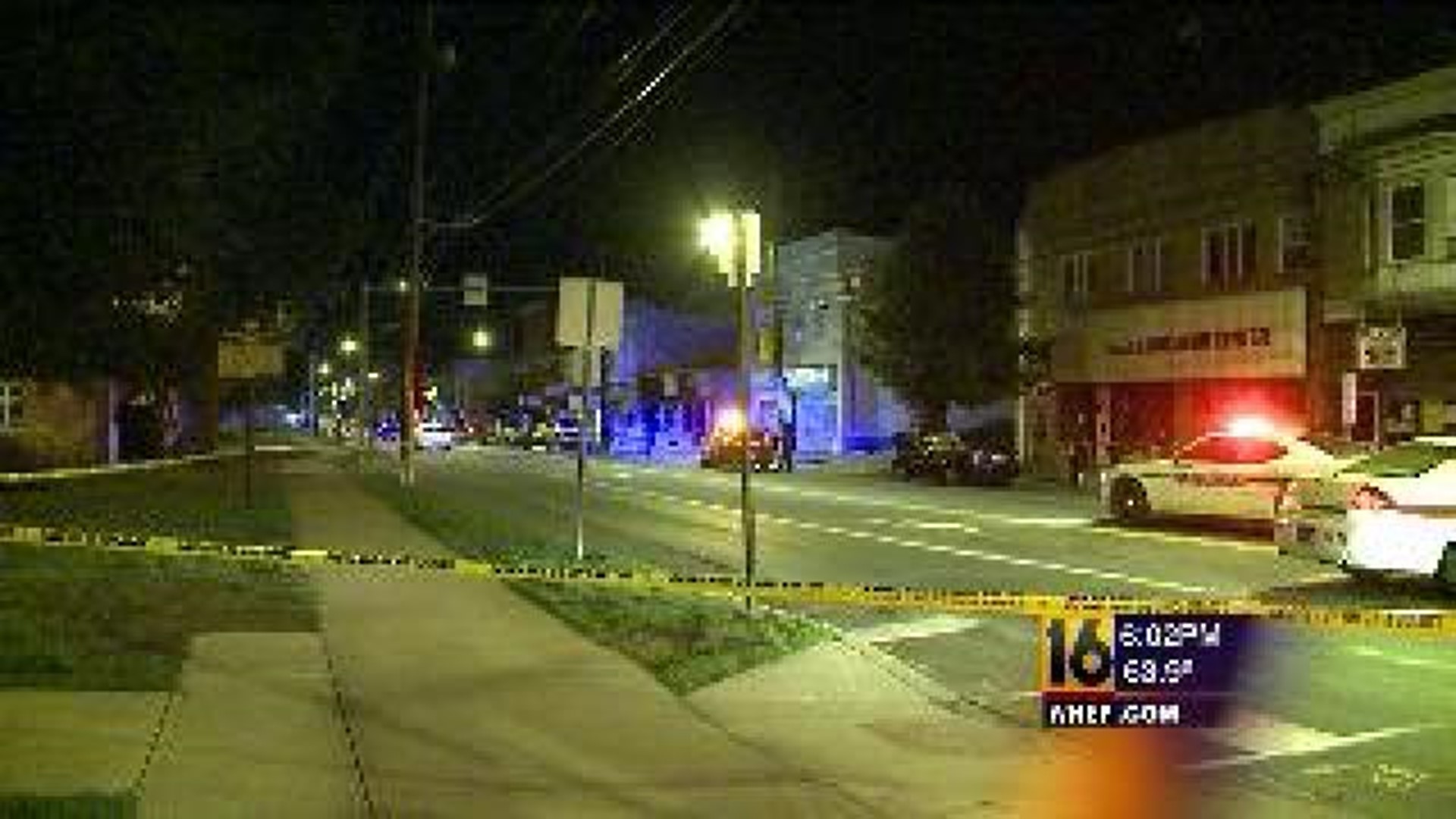 PLYMOUTH-One person is dead, two others critically injured after an early morning shooting in Plymouth.

Late Sunday afternoon, police charged one of the shooting victims with homicide.

Nearly twelve hours after a deadly shooting at Bonnie's Bar in Plymouth, a stretch of East Main Street remained blocked off with crime scene tape as state and local police looked for evidence inside and outside the bar.

"My uncle owns the bar and normally it`s a nice, quiet bar, older crowd. I think it`s just the kids today, the atmosphere. I don`t know what went wrong, but it`s a shame," said Paul Nichols of Mountaintop.

Police were called to the bar just before 2 a.m. Sunday for reports of a shooting.

Investigators are not yet saying what happened, but said Scott Luzetsky, 39, of Edwardsville died at the scene.

Police said two other men were also shot. Stephen Hollman, 29, was shot in the head and William Allabaugh, 24, was shot multiple times. Both men from Plymouth were taken to Geisinger Wyoming Valley in critical condition.

Neighbors said violent crime is happening all too often in Plymouth. There have been problems at other bars along the stretch, but they said they never thought something like the shooting would happen at Bonnie`s.

"There`s never any problems in that bar, but apparently times are changing. People are coming in and changing everything," said Curt Shook of Plymouth.

Cynthia Zikowski and Karen Tomeo live right above the bar.

"I can`t believe it. Something like this at Bonnie`s Bar, when it`s always quiet? It`s like shocking," said Zikowski.

"This neighborhood is getting worse. There`s shootings here, shootings there. When will it stop? But I never thought it would happen right there," added Tomeo.

Many said the senseless violence in Plymouth needs to stop.

"I feel sorry for the families. Like I said, a couple people go out to have a good time and a couple more ruin it. Now you`ve got families sitting at the coroner`s office, over at the hospital. Everything`s a mess over what? Probably something stupid. Most likely, over something stupid," said Nichols.

"Something needs to happen. Somebody needs to stand up for Plymouth and get it back together," added Shook.

State police charged William Allabaugh with criminal homicide and attempted homicide. He remains in the hospital in critical condition.

Investigators add weapons involved in the shooting have been recovered and there is no threat to public safety.