UPDATE: One Dead After 32 Car Pileup in Schuylkill County, I-81 Back Open Both Directions 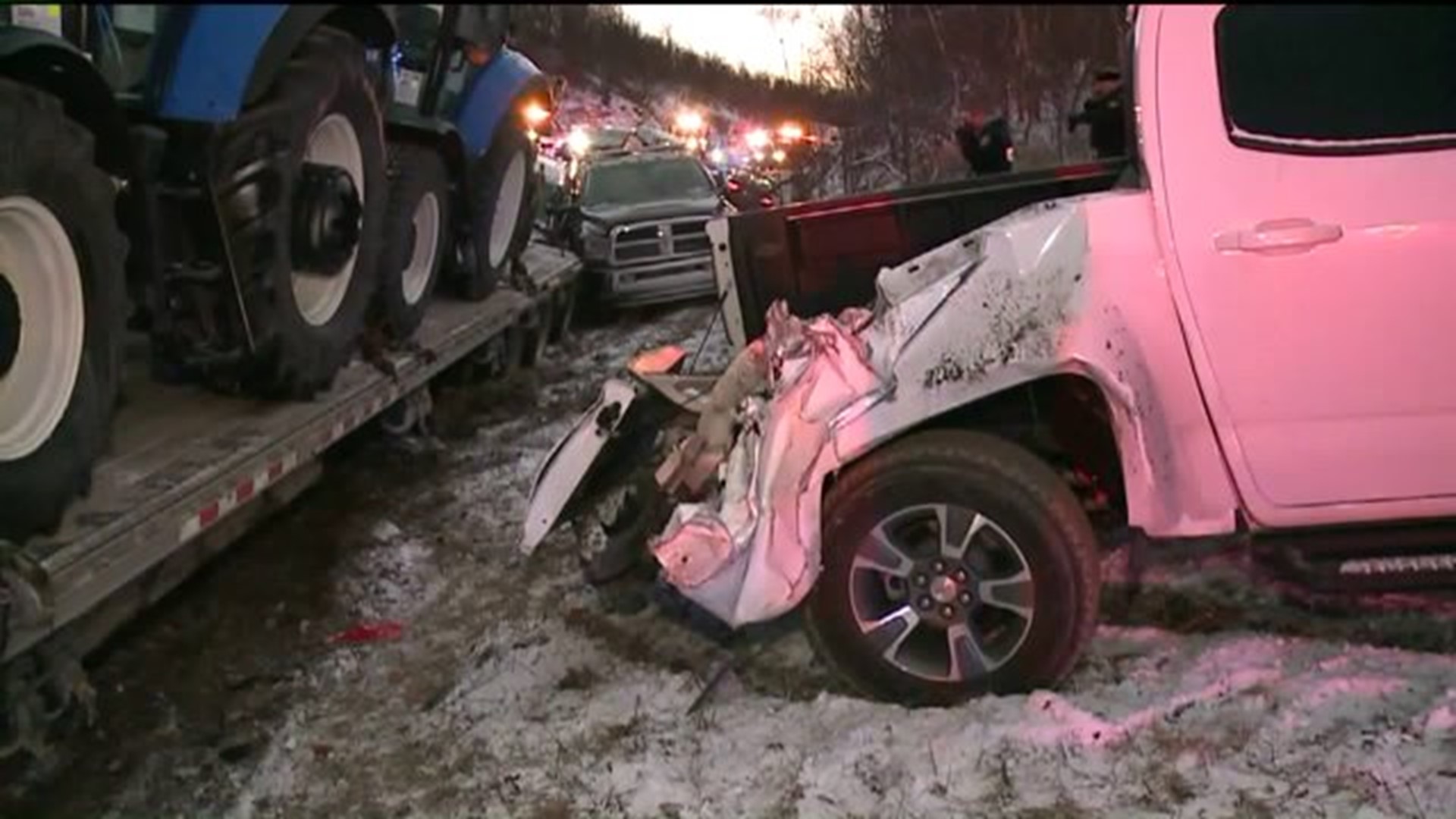 DELANO TOWNSHIP -- A 55-year-old man from Hazleton has died as a result of a multi-vehicle crash near McAdoo Friday afternoon.

Charles Ehrenberg of Hazleton lost his life in the incident that left 23 others hospitalized, and three LifeFlighted.

“There is a big mess northbound, there’s multiple vehicles involved there and multiple entrapment, I would send heavy rescues.”

Those are just a few examples of the frantic radio calls between rescue crews and emergency dispatchers as they scrambled to get help to a multi-vehicle pileup in the northbound lanes of Interstate 81 in Schuylkill County.

“Negative at this time we’re not even close to the accident, we’re stuck in here traffic. We’re coming northbound from Delano, any instructions on the way we should go?” said one crew over the radio.

“Try and stay on the right side of the interstate until you get to mile marker 135.1, we’ll have to switch over lanes then,” was the response.

State police believe 34 vehicles collided into this crumpled mess just a mile north of the Delano exit -- exit 134 -- around 3:30 p.m. in the afternoon, shutting down northbound I-81 completely.

“If you can get on the northbound lane and go southbound, traffic is stopped down here, we’re backed up in it,” was heard over the radio.

State troopers believe a snow squall was to blame.

Andrew Jencks and his daughter were heading home to Massachusetts and watch the crash happen.

“It was snow squall and then it was just kind of mayhem,” said Jencks. “I think it was a box van or something up front, it’s a little unclear but they stopped and then one truck after another hit them, I think there’s 30 or 35 cars piled up down there.”

Dozens of troopers, fire crews and tow truck operations remained on scene for hours after those involved in the crash were taken away. It’s not clear how many were taken to the hospital, but state police say there were at least two flown via MediVac helicopter.

“There was a lady in that car who was hurt, so we were mostly distracted helping her out,” added Jencks.

State police say the out-of-state people involved in the pile were taken to the Hampton Inn near Hazleton overnight.