SCRANTON — It was sentencing day in the sex abuse scandal that rocked the borough of Old Forge. Three former public servants are behind bars. A former pol... 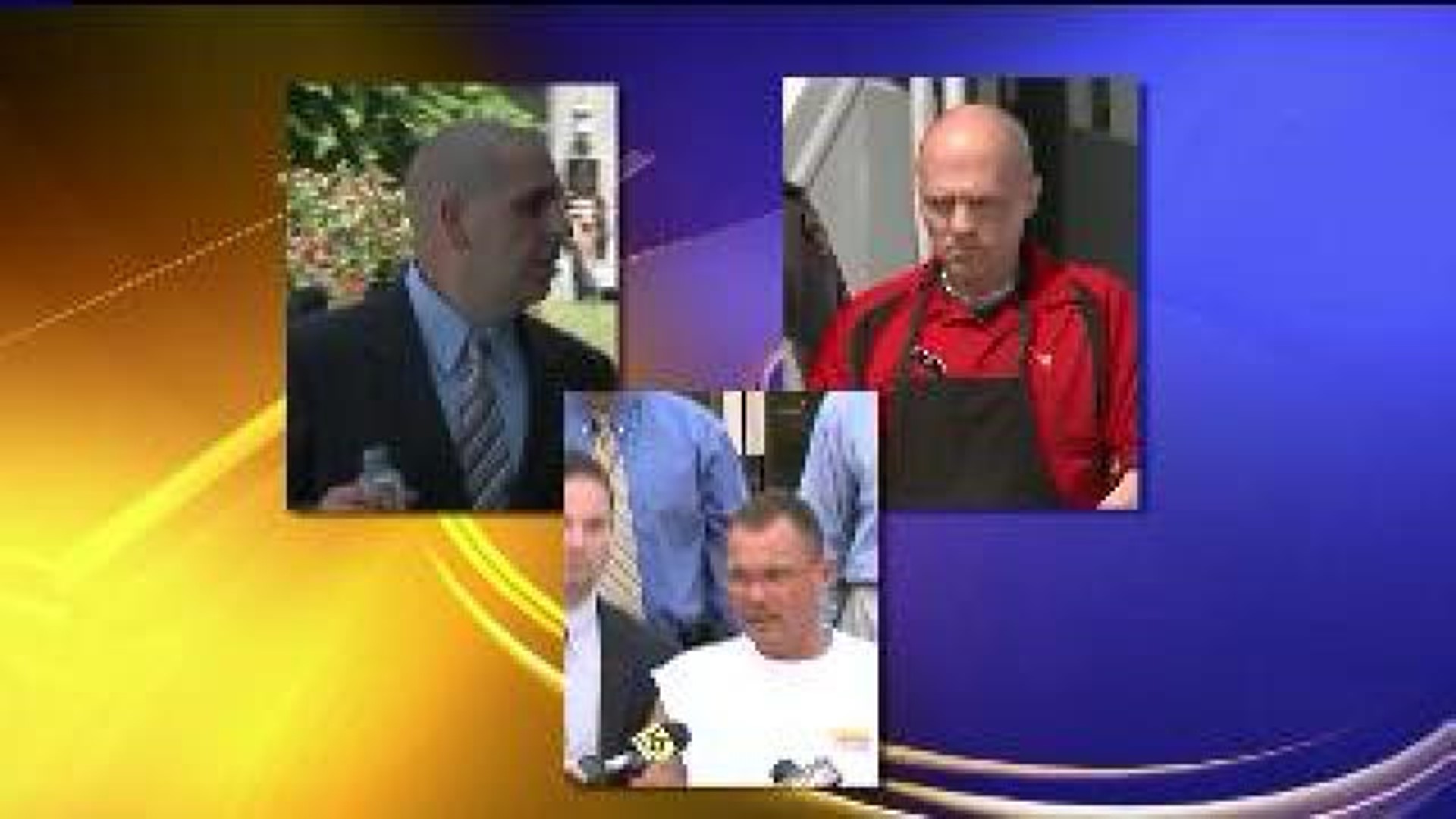 SCRANTON -- It was sentencing day in the sex abuse scandal that rocked the borough of Old Forge. Three former public servants are behind bars.

A former police chief, police captain, and a volunteer firefighter all found out their fate on Monday.

The arrest of those three former public servants a year and a half ago called into question the culture of the Old Forge police and fire departments.

In court, the judge said that former Police Chief Larry Semenza helped create a culture of permissiveness and corruption that eventually led to the sexual abuse of a 15-year-old girl. That's why the judge gave Semenza the toughest sentence.

Semenza was acquitted of the most serious sex charges against him at trial last year, yet a judge gave him a tougher sentence than his former coworkers and friends wrapped up in the same scandal.

Semenza was convicted of corruption of minors and failure to report child abuse. But the judge sent Semenza to state prison because he said Semenza created the culture that allowed others to abuse a teenage girl. Semenza was sentenced to 18 months to four years in state prison.

“It was a harsh sentence. It was way above and beyond the statutory guidelines,” said Semenza's attorney Peter Paul Olszewski.

“I think for the citizens of Old Forge and the surrounding communities, they need to know that we understand that they didn't have the proper protection in place, but that's going to be rectified at this point,” said Lackawanna County Deputy A.D.A. Jennifer McCambridge.

In May of 2012 investigators arrested Semenza along with his former police captain Jamie Krenitsky, and a former volunteer firefighter under Semenza's charge, Walter Chiavacci. All three were accused of sexually abusing the same teenage girl.

In court, the victim, now a 24-year-old woman said, "when I was 15 these people had a chance to protect me; instead they used my trust and compassion against me."

Chiavacci received the lightest sentence: three to 18 months in jail. Chiavacci is now homeless and the judge acknowledged Chiavacci was sent to jail, partly, for a place to stay.

"He knows that he made a mistake and he's looking forward to moving on with his life. He really doesn't take any issue with it. It's clear from what the judge said he has concerns based on the weather and his personal life situation,” said Chiavacci's attorney Sandy Stepkovitch.

Former police captain Jamie Krenitsky pleaded guilty to assaulting the girl last year and faced the stiffest charges. He was sentenced to nine to 23 and a half months in county jail but before he went he turned and apologized to the victim.

“This was a disastrous situation. Everyone involved was affected in nothing but a negative fashion. He was actually relieved to face her and apologized to her and say the things that he said, and they can only come from the heart,” said Krenitsky's attorney Jason Mattioli.

Krenitsky, Semenza, and Chiavacci all started serving their sentences this afternoon.  The courtroom was filled with people from Old Forge who have been following the case.  Some said that today was a new beginning for them.