OLD FORGE, Pa. — Another politician in Lackawanna County is facing heat this week after allegedly making an offense post on social media. The mayor of Old... 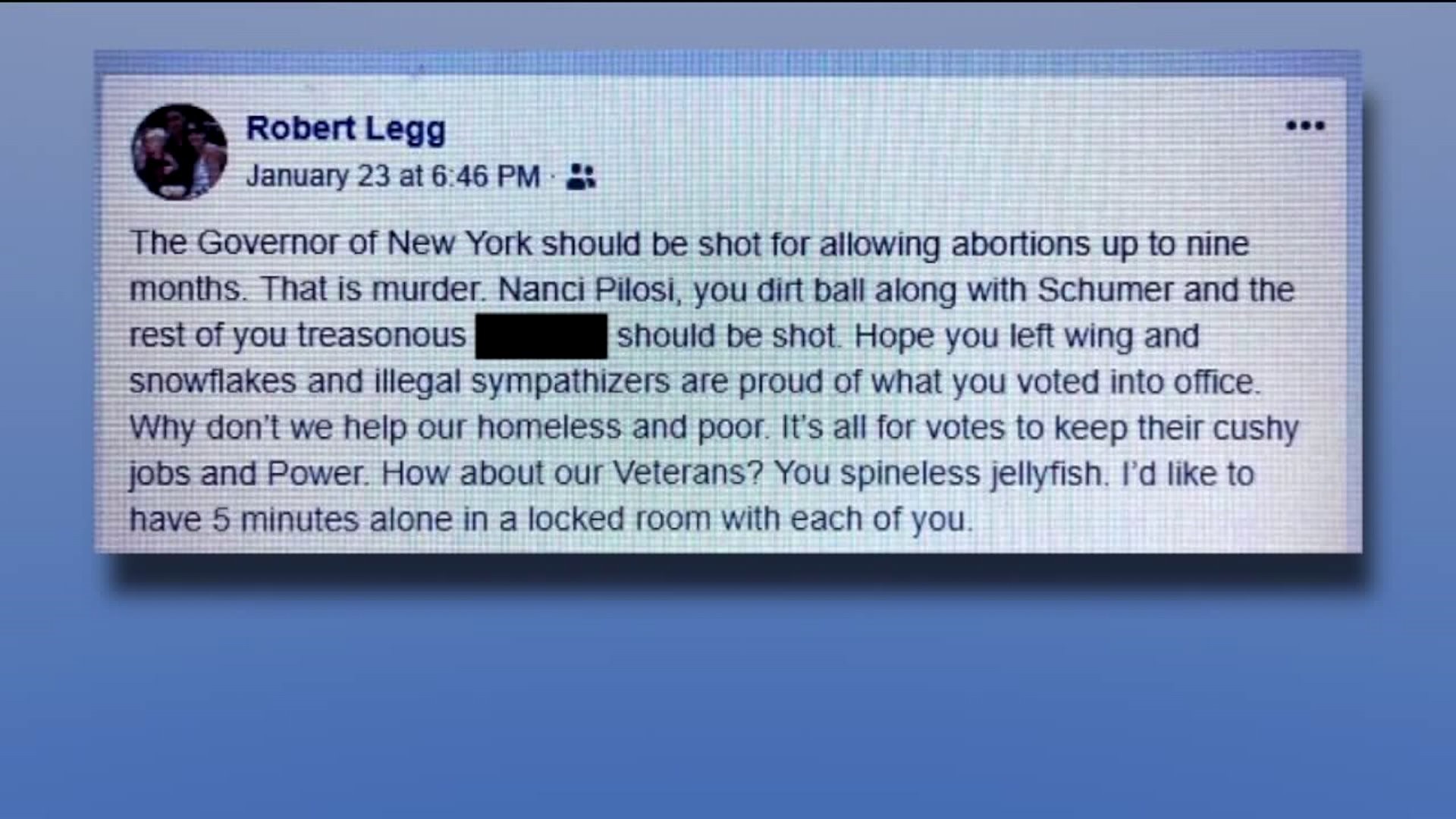 OLD FORGE, Pa. -- Another politician in Lackawanna County is facing heat this week after allegedly making an offense post on social media.

The mayor of Old Forge reportedly took aim at some high-profile Democrats, posting that they should be shot.

Old Forge Mayor Robert Legg is facing some public shaming after a message posted to his Facebook page caught the attention of the Pennsylvania Capitol-Star.

A screenshot of the post, dated January 23, takes aim at high profile Democrats, including New York Governor Andrew Cuomo, Rep. Nancy Pelosi, and Sen. Chuck Shumer, calling them treasonous and saying they should be shot.

Old Forge Borough Council President Robert Semenza says he doesn't condone the message but adds it's not a borough issue.

“This is the mayor's personal Facebook account. I don't have control over it, neither does anybody in the borough,” said Semenza.

The post goes on to call those Democrats “spineless jellyfish,” and he “wishes to have five minutes alone in a locked room” with them.

Mayor Legg is himself a Democrat.

No one answered at Mayor Legg's apartment. His downstairs neighbor would only say this:

“As far as I'm concerned, he's a terrific guy. We've been friends for years since he's been living here,” said the neighbor who asked to remain unidentified.

This is the second time this week a politician from Old Forge has gotten into hot water over postings on social media.

On Tuesday, Republican school board member Frank Scavo, who's running in a special election for a vacant state house seat, apologized for past posts that some perceived as anti-Muslim.

Those also have been taken down.

As for Mayor Legg, Semenza hasn't spoken with him about the post.

“I can't comment fully on it because I don't know the true story or the full story. Like I said, I became aware of it today, just like everybody else basically.”

Legg's displeasure with Governor Cuomo, Speaker Pelosi, and Senator Shumer apparently stems from his disagreement with their pro-choice stance on abortion.

Newswatch 16 attempted to reach Legg for a comment. He did not get back to us.