SUNBURY — A state police fire marshal is expected to be back at the Northumberland County Prison on Friday to try to determine the cause of Wednesday̵... 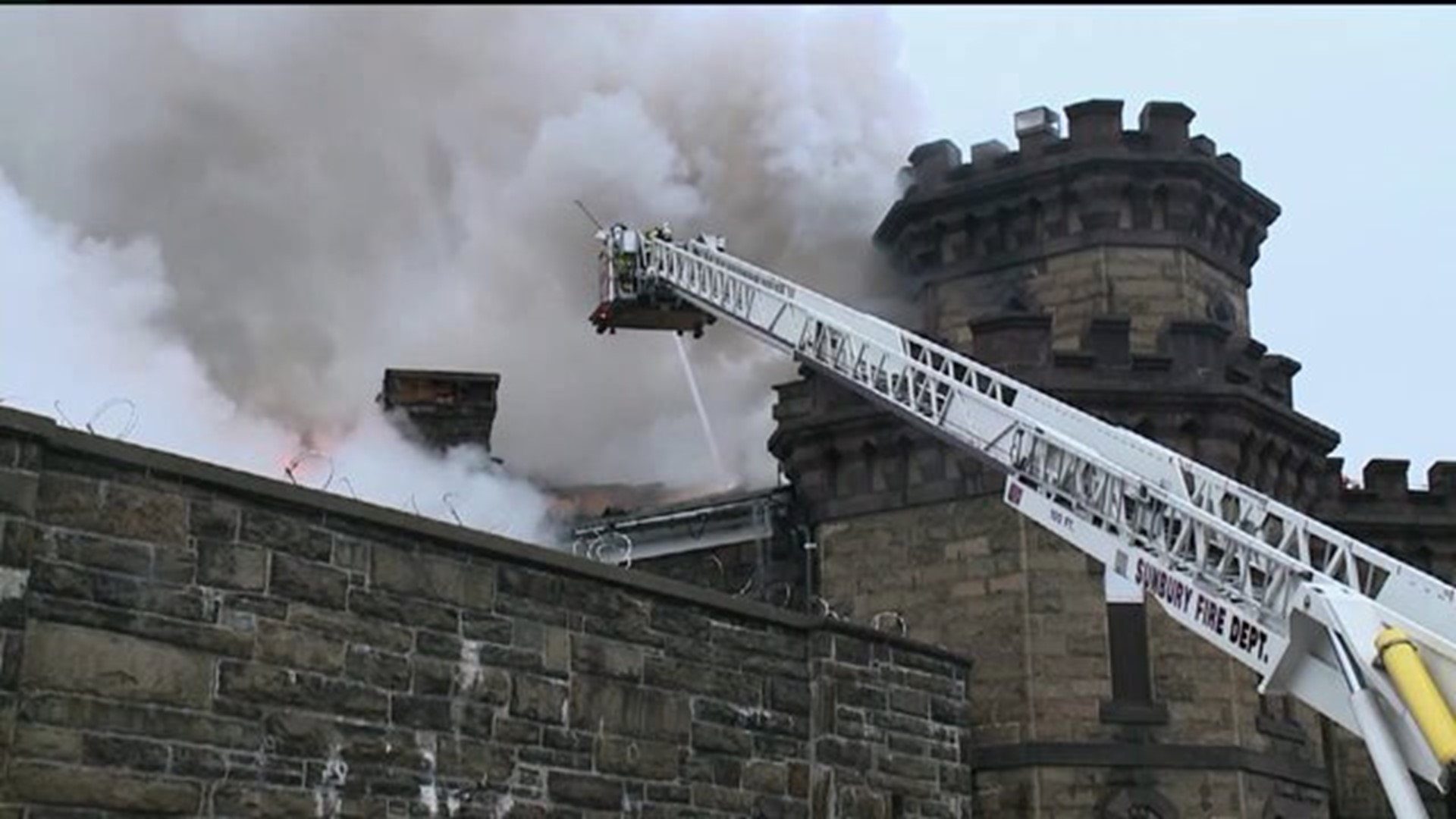 SUNBURY -- A state police fire marshal is expected to be back at the Northumberland County Prison on Friday to try to determine the cause of Wednesday's fire.

There are still a lot of questions surrounding what will happen with the 208 inmates who were behind bars there and who is going to pay for it? Here's what we do know:

Flames could be seen across the city of Sunbury when a fire ripped through theprison just after 2:00 on Wednesday afternoon.

Prison employees and 208 inmates made it out safely.

Those prisoners had to be taken somewhere, 36 female inmates were taken to a state facility near Muncy and 172 males were transported to a state prison near Shamokin.

Meanwhile, fire crews battled the blaze in Sunbury for another five hours.

Thursday morning, fire crews were back at the prison battling flames again after the fire rekindled.

Shortly after the rekindle was put out, the Northumberland County Prison Board met to come up with a game plan.

They decided the prison will have to be torn down, but when that will happen was not determined.

The county also learned it is able to house current inmates at state facilities at m=Muncy and Coal Township free of charge for the county for 28 days.

Commissioners are weighing two options for the long-term: either building a new facility, which could cost around $40 million or consolidating with neighboring county prisons.

A state police fire marshal arrived to try to determine the cause of the fire and prison employees removed files from the prison.

Officials urged police and magistrates in Northumberland County to use discretion on who they put in jail until they come up with a solution.

The state department of corrections said it's working with Northumberland county officials to try to meet the needs of the inmates.

The DOC said the cost of holding the inmates for 28 days will come out of the state's budget.